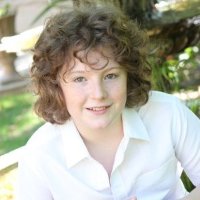 What were you doing when you were 14 years old? Riding your bicycle, playing football in the park or just generally causing a nuisance are likely answers for most people.

Sean Le Van, from Aneheim in California, will put you to shame. The teenager has created a contextually aware, artifically intelligent bot that you can converse with on the web.

The bot – which Le Van calls Acuman, an acronym for Artificial Chatting Utility Matching Algorithmic Nodes – acts as a personal assistant that responds to every-day language and learns information about a user’s life and personality.

Le Van used his own scripting language and natural language processing algorithms to create Acuman, which uses the data gathered from conversations to analyse and create categorised visual representations in the form of infographics.

Acuman is then able to interact with participants productively by reminding them of their goals of self-improvement, which are customised and based on the data the bot has accumulated.

Le Van says Acuman is the first bot that can analyse and gather data for the purpose of ‘personal and psychological betterment’.

‘Current methods of collecting "quantified-self" personal metrics – which rely on the participant's ability to objectively track or take tests for the purpose of psychoanalysis, self-improvement or pre-emptive mental care – do not prove to be accurate in many instances,’ he said. ‘Also, these methods do not autonomously track and catalog this data for the participant.’

Despite his young age, Le Van lists himself as a software engineer on his LinkedIn profile and as having two jobs: a community moderator at privacy search engine DuckDuckGo, and a developer at a small web development and design company.

His artificial intelligence project was awarded first place in the 'Best New Bot' category at the 2015 Chatterbox Challenge, a global chatbot challenge.

Acuman is the latest cognitive-computing attempt that makes recent science fiction seem a not-so-distant reality. Films like 2014's 'Her' depict a future where smart operating systems can have their own emotions and identities, and eventually become so intelligent that they supersede us.

The most well-known example of cognitive computing is IBM's Watson system. In 2011, the computer famously appeared on – and won – US gameshow 'Jeopardy!' by providing questions in response to clues posed in natural human language, which included nuances such as puns, slang and jargon.

Watson was able to quickly execute hundreds of algorithms simultaneously to find the right answer, ranking its confidence in their accuracy and responding within three seconds.

IBM announced in January it had established a new business unit dedicated entirely to Watson. Headquartered in New York City, the IBM Watson Group employees more than 600 employees and will receive more than $1 billion in investment, focusing on development and research and bringing cloud-delivered cognitive applications and services to market.

With a 14-year-old boy able to create Acuman on his own and with no money, who knows what 600 of IBM’s greatest minds and a $1 billion could create in the years to come. But it will probably be a bit more if they give Le Van a job.