4 crucial skills for surviving in a world with artificial intelligence 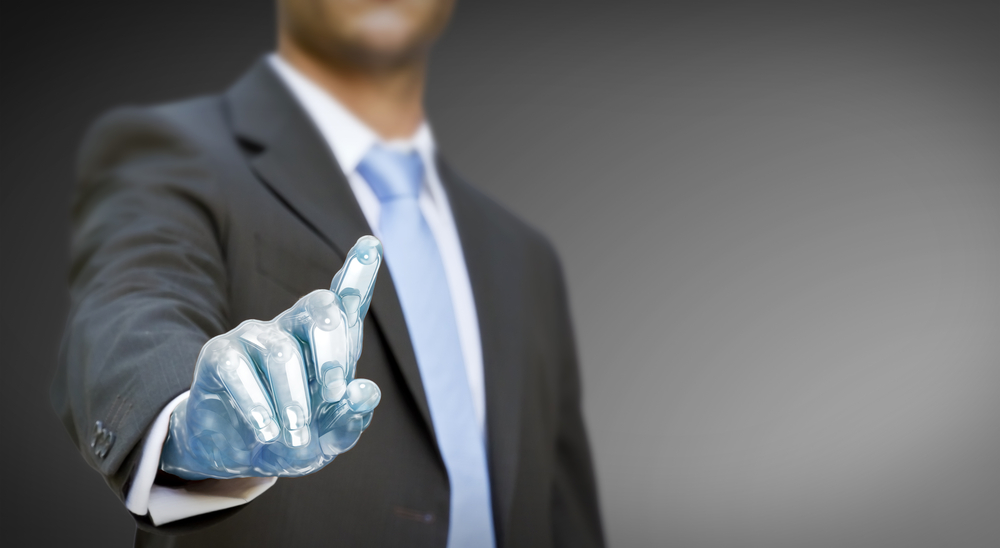 Looking back to the pre-industrial age, the skills needed by a country’s workforce have changed beyond recognition, often because technology has automated processes and created time savings that allow for human labour to be applied to other tasks. Now, the rise of AI is changing the workforce again.

The debate is no longer ‘machine vs. human’, but rather ‘machine and human’ – giving way to a wave of new roles focussed on how people can work alongside and manage machines for maximum effectiveness and productivity.

This change in labour dynamics is supported by the latest research from Gartner, which suggests that by 2030 virtual talent spending will exceed 10% of human staff costs.

With profound forces of technological change impacting the way people work, there are four essential skills to thrive in this new world of work.

1. Leadership and the confidence to drive change

As with any new system or even employee, the overall success is largely driven by management. AI and automation within an organisation will only be as good as the team looking after it.

Successful leadership will involve educating the workforce about how automation and overhauling the existing operational model can result in more enjoyable, strategic and creative job roles, and how people and machines working together will bring more productivity and increased revenues. Management needs to counter the perception that automation will force widespread redundancies and other problems.

Once the correct technology is in place, staff must be incentivised to assist in the smooth running of the transition. Incentives may come in many forms, including financial rewards, the offer of additional training or a better role within the organisation.

This needs to be communicated from the highest level and filtered down throughout the workforce. The stronger the management team implementing the new operational model, the greater the chance of success will be.

Alongside incentives, workers must be given the tools to be able to succeed – be it financing, time, technology or management support.

2. Willingness to adapt and innovate

Leadership can pave the way, but success will greatly depend on each individual’s willingness to adapt. Those who are willing to embrace change and work at updating their skillset to match the requirements of new roles will reap the rewards.

Within the IT function, particularly, IT managers need to think how they adapt to managing automated processes rather than organising their functions around the more limited capacity of manual workers. This is a massive shift in mindset, but it will lead to greater opportunities for more highly skilled and varied job roles.

This adaptation can help move IT from a back office function to a strategic division of an organisation. An IT staff member who, for example, develops new algorithms or systemic improvements has the potential to completely transform a business, turning IT from a cost centre to a profit centre.

While any kind of restructuring will inevitably be met with a degree of resistance, in the medium to longer term the new model has the potential to deliver far greater benefits to a company’s entire employee base.

Remember, people’s skills will be evolving and not static. Each new technological development creates roles that were previously unheard of a decade before.

For example, the Twitter and Facebook revolution has led to the creation of tens of thousands of social media experts and even entire agencies dedicated to a new business need.

Managing AI and automated systems is in many ways very different to managing people, so employees will need to get used to having new types of colleagues who aren’t human.

Machines have unbeatable memory and capacity to process vast amounts of information, but do not come close to making the leaps of logic that typify human ingenuity and creativity.

Where man was born to break the rules, machines are born to follow the rules – both working in tandem offers an unparalleled acceleration in productivity.

Automated systems prompt people to document all maintenance tasks and create accurate records for a vast number of processes currently carried out manually and offering little tracking data. When these are analysed, patterns can be spotted and addressed at a core, structural level, which helps prevent recurring issues.

In such a way, IT personnel, in partnership with machines, become focused on pre-empting problems rather than reactive incident management, preventing recurrence of these problems and hence fundamentally improving the performance of a business.

The introduction of AI will see the creation of the IT data intelligence officer. These highly skilled workers will be able to filter and interpret the vast amounts of data stemming from automated procedures and transform it into valuable intelligence.

The ability to see the bigger picture and spot trends and opportunities will become a key skill within IT, as it maximises the varying abilities of both people and machines.

One of the most popular new job roles within technology and especially AI is a data scientist – a role that didn’t exist (under that name, at least) ten years ago.

Another example is a demand for candidates within AI organisations who combine skills in mathematical logic with applied philosophy – essentially taking human wisdom and knowledge and turning into a format that machines can understand.

While it poses many challenges to the status quo, AI-fuelled automation offers huge benefits to both employees and businesses as a whole. However, in order to reap the greatest rewards, senior management must guide, support and fund the transition of the workforce.

The organisations that invest the time and money into the long-term progress of the business and their employees are the ones who will enjoy the greatest success financially.

The individuals within organisations who are most prepared to learn new skills and work with machines, rather than against them, will be most likely to take their careers to the next level.

Every era of technological change has been met with resistance, but ultimately it has also brought about a huge amount of progress and freedom for workforces and employers.