5 reasons why Craig Wright did not create Bitcoin 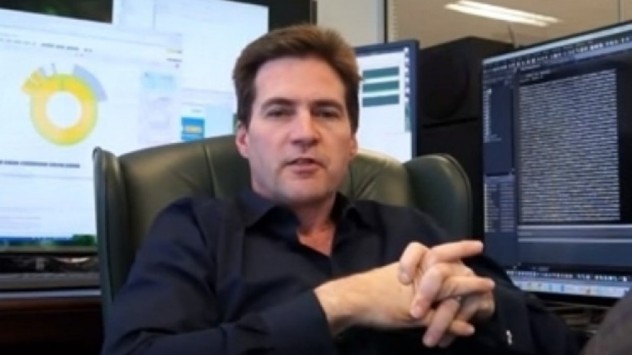 It’s one of the technology world’s favourite mysteries and has been the subject of fierce speculation for more than five years: who created Bitcoin?

The digital currency was invented in 2009 under the name Satoshi Nakamoto, but the creator’s true identity has remained unknown.

“These are the blocks used to send ten bitcoins to Hal Finney in January [2009] as the first bitcoin transaction,” Wright told the BBC.

Finney has been a leading candidate in many people’s theories of who created the cryptographic money as he was the first person after Nakamoto to use and develop the open-source software behind the currency. He died in 2014.

According to Wright, Finney helped him create Bitcoin. “I was the main part of it,” he said, “but other people helped me.”

>See also: The pros and cons of adopting Bitcoin into your business

Gavin Andresen, chief scientist at the Bitcoin Foundation, and Jon Matonis, a founding director of the organisation, have publicly supported Wright’s claim.

They met him in London two weeks ago to verify his identify and were satisfied with the proof he provided.

“After spending time with him I am convinced beyond a reasonable doubt: Craig Wright is Satoshi,” said Andresen.

Others, however, are unconvinced. Nik Cubrilovic, a renowned former hacker who has forced organisations such as Facebook, Apple and the Australian government to address privacy flaws in their software, has accused Wright of “falsehoods” and “fabrications”.

“One would think that lessons had been learned and a high standard would be set for subsequent claims regarding Satoshi Nakamoto,” said Cubrilovic. “The proof posted today by Wright and others does not meet any standard for identifying him as Nakamoto.”

A far lengthier post can be found on Cubrilovic’s blog, but here are five reasons why Craig Wright is not Satoshi Nakamoto.

1. Wright has a history of telling porkies

Cubrilovic refers to accusations that Wright “faked” evidence by backdating encryption keys, “planted” old blog posts with evidence of his Bitcoin history, and claimed to hold Phds from a university that has since denied granting them.

2. He is being investigated by the Australian Tax Office

Cubrilovic believes Wright’s claim to have created Bitcoin could be linked to a raid on his house in December by agents investigating for the Australian Tax Office.

“While it is still early in the investigations against Wright’s companies, one can come away from reading about his firms with the conclusion that their primary business was to seek tax refunds from the government, and that most of the businesses were setup precisely for this,” said Cubrilovic.

“It suited Wright to be Nakamoto when he needed to raise money from investors, or to talk his way out of a problem. Nakamoto, as most know, is sitting on hundreds of millions of dollars worth of Bitcoin – investors and regulators could view this as a security – and it was in this context that Wright mentioned his ‘running’ Bitcoin to the authorities.”

3. The signature is not proof

Wright presented digital signature files as “proof” that he is Satoshi Nakamoto – but, according to Reddit user JoukeH, the signature is from much later Bitcoin transactions and is not of the Satre text.

4. Why did he wait six months?

Wright was first identified in December in articles from Wired and Gizmodo. Wired went as far as saying Wright “either invented bitcoin or is a brilliant hoaxer who very badly wants us to believe he did”.

So why did it take Wright six months to tell the world the articles were correct? He has also claimed to be a private man who doesn’t crave any of the attention associated with being the creator of Bitcoin, but the way he revealed the story suggests otherwise.

“He told the BBC that he doesn’t want money and he doesn’t want fame,” said Cubrilovic, “yet he said this during an elaborate and stage-managed exclusive media event organised by an agency on Wright’s behalf and involving months of negotiation.”

5. There is no other evidence

Wouldn’t the creator of Bitcoin have more evidence than a digital signature that techies were able to immediately disregard?

“There is very little, if nothing, in open source intelligence that connects Wright with Nakamoto,” said Cubrilovic. “Researching based on nothing but what is publicly known about Nakamoto and Wright would not lead any reasonable researcher to conclude that the two are linked, or even suspected of being linked.”