A guide to working in the Buenos Aires tech scene 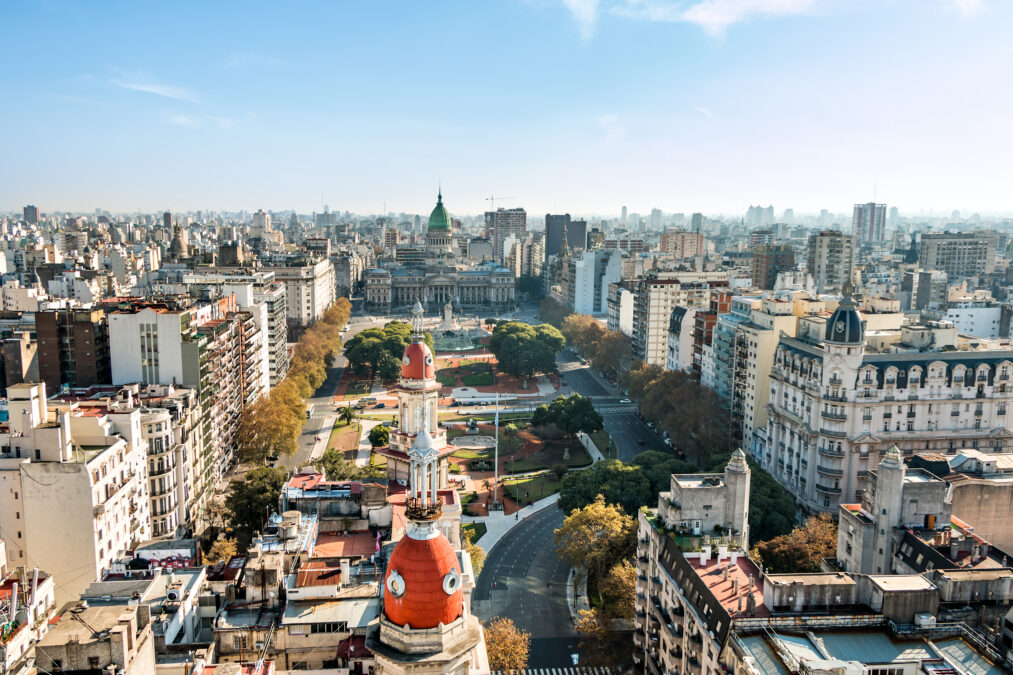 Continuing with our series exploring innovative tech hubs worldwide, we take a look into what is making the tech scene in Buenos Aires, Argentina tick

Known as the “Paris of South America”, Buenos Aires is home to over 85 per cent of the tech hub activity in Argentina.

Buenos Aires probably isn’t the first city that springs to mind when you think of tech epicenters. We usually tend to focus on cities like London, Berlin, or Silicon Valley. But, the city is slowly turning into a lively and exciting tech hub with a hunger for entrepreneurship and innovation.

Traditionally, Buenos Aires’ main industries have included food processing, metalworking, and automobile assembly. However, in the last ten or so years, the city has started to make a name for itself as a magnet for technology companies.

This high-tech period was initiated by Mauricio Macri, who was the mayor of Buenos Aires from 2007 to 2015. In 2008, he even established an area of Buenos Aires called Distrito Tecnológico, or the Technological District, in Parque Patricios.

The government has also heavily invested in accelerator projects such as the Aceleradora BA Emprende and IncuBAte — a government-funded accelerator that provides mentorship, equity-free funding, and co-working spaces.

On top of this, Buenos Aires is well located for global business, right in the heart of Latin America. Travel to and from other main cities on the continent is easy. Plus, there are daily international flights to cities such as New York or Sydney.

The cost of living in Buenos Aires is also a big attraction for young entrepreneurs and tech professionals looking to make their mark. Rent is significantly cheaper than in other capital cities.

If you’re thinking about joining the city’s 15 million residents, take a look at our guide below first.

According to the Argentine Chamber of Software and IT Services Companies (CESSI), 85 per cent of companies in Argentina plan to invest in ICT over the next few years.

Because the economy of the country is still growing and expanding, international and local ICT companies have a wealth of opportunities as the demand for cloud services and cyber security grows, and current systems need to be either upgraded or replaced.

A key employer here is Microsoft, which has more than 600 global locations. Naturally, one of those offices is right in the heart of Buenos Aires. Working at Microsoft comes with a whole host of perks including flexible working options, education assistance, healthcare benefits, and generous annual leave. You can find out more about career opportunities at Microsoft on the Information Age Job Board.

The artificial intelligence (AI) sector is growing at an impressive rate. Only 19 per cent of Argentine companies are using AI at present, but the figure is set to rise, as 60 per cent of companies are exploring its use, according to a study by IBM. There is clearly huge potential in the sector, as the International Data Corporation (IDC) estimates that the worldwide artificial intelligence market will grow 18.6 per cent year-on-year in the 2022-2026 period, to reach the $900bn mark in 2026.

Many Buenos Aires-based companies are set to profit as a result of this seismic shift, such as Miquido, Mutual Mobile, Neoteric and Rootstrap. An existing employer in the city already engaged in AI is Intel. Best known for developing microprocessors found in personal computers, the company is also the world’s largest manufacturer of semiconductor chips, which are used in nearly all electronic devices.

However, in recent years, Intel has invested heavily in AI. Earlier this year, it made headlines when it introduced an AI assistant at a restaurant in Ohio. The company is headquartered in San Jose, California, but has a growing presence in Buenos Aires. Find out more here.

Buenos Aires and fintech are beginning to go hand-in-hand. There is increasing adoption of Bitcoin thanks to the country’s shaky economic footing – Argentina has gone broke nine times and has no access to international capital, owing over $40bn to the IMF. As a result, Bitcoin is seen by many as a valuable alternative to the volatile Argentine Peso.

Bitcoin entrepreneurs include the startup company Lemon Cash, which offers debit cards for crypto-based transactions, and other, established fintech companies have also helped to boost the country’s economy massively. In fact, according to the Cámara Argentina de Fintech (the Argentine Fintech Chamber), fintech companies received investments of about $900m during the first three quarters of 2021.

A key employer in the sector is Mastercard. This massive multinational has an office right at the heart of Buenos Aires in Porteño Plaza 1. Earlier this year, the company made headlines across Latin America after launching a prepaid card with leading blockchain and cryptocurrency infrastructure provider, Binance.

The company currently employs over 24,000 people around the globe. Top benefits include tuition and travel assistance, volunteer days, and flexible working arrangements. You can explore all of Mastercard’s career opportunities on the Information Age Job Board.

Explore jobs all around the world on the Information Age Job Board today.

A guide to working in the Nicosia tech scene — Taking a look at what the tech scene in Cyprus’s capital brings to the tech recruitment table.