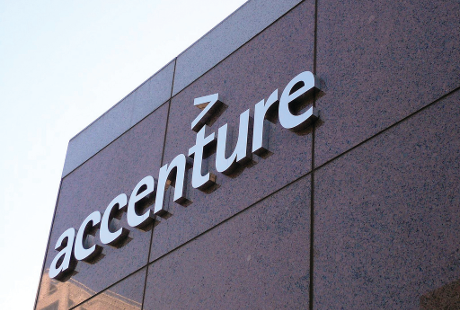 While several of its US peers have bolstered their India capacity through the acquisition of indigenous suppliers, management consultancy turned broad IT services provider Accenture has grown its presence entirely organically. From the standing start of a single technology delivery centre in Mumbai in 2001, its ranks in the sub-continent have swollen to 25,500 with vast campuses springing up in Bangalore, Chennai, Hyderabad, Pune and New Delhi.

This approach to scaling up, according to Kris Wadia, partner in Accenture’s Global Delivery Network and the man who has spearheaded the creation of the company’s India Development and BPO Centres, has allowed it to ‘Accenturise’ Indian hires very effectively. Establishing a consistent culture across all of its global operations – not just in India but in other low cost areas such as Spain, Brazil, Poland, China and the Philippines –>  he explains, greatly aids Accenture’s ability to serve global customers in a consistent and high-quality manner across multiple languages and time-zones.

This is nothing to do with giving Indian employees accent neutralisation training (Accenture has only a small call-centre footprint in India), but rather teaching all staff a standard set of definitions for business entities and processes. That enables software engineers in Bangalore and, for example, their counterparts in Rio to efficiently interact as a team on the same project.

The geographical spread of projects also presents greater prospects for Indian employees to move across global locations, a vital incentive when the company is trying to recruit the best talent. That structure, though, is also said to be behind at least some of the wage inflation in Indian IT services, with analysts suggesting Accenture often pays 15% or more above the going rate.

Its organic growth has allowed the company to mix much of its IT outsourcing and BPO activities in the same locations – and to leverage the resulting synergies.

That creates a more process-centric view of the world, says Wadia. “Customers are now saying, ‘let’s identify all the parts of the organisation that touch, say, the cash flow processes, and we’ll move them out, irrespective of which departments they are in’,” he explains. Flagship examples might be Talisman Energy UK, Royal & Sun Alliance and Thomas Cook.

Nonetheless, the world’s third largest IT services company has some way to go to fully leverage the India-centric model for global delivery: it finds two thirds of its low-cost labour in India and that skills base now accounts for about 17% of its global headcount. The economics and demographics of global delivery would suggest that proportion can only rise – and rise sharply.