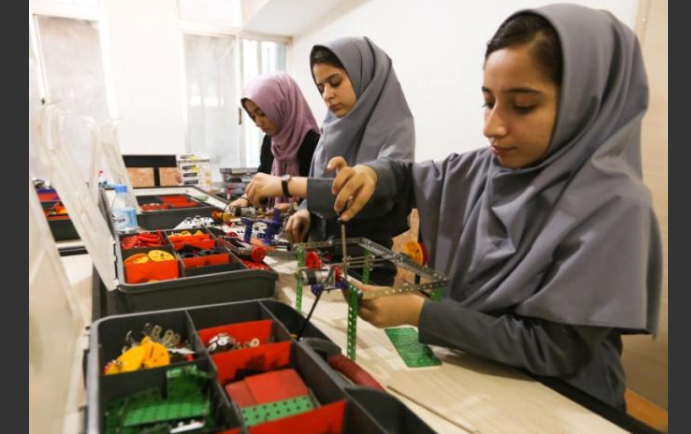 This article was updated on Thursday 13th July 10:01 am

Since this article was written, the girls from the robotics team have been granted US visa after President Donald Trump got in contact with the relevant authorities to ask for them to reconsider their decision, according to AP news agency.

An all-girl robotics team from Afghanistan were denied visas to the US last week.The group of six teenage girls were hoping to compete in an international robotics competition being held in the US this month.

Since this latest controversy surrounding US immigration policy, the team has now been invited to take centre stage at the inaugural World Summit AI in October where they will showcase their invention and meet some of the world’s most influential speakers in the AI space.

After hearing of the team’s plight, Sarah Porter, CEO of World Summit AI, immediately contacted Roya Mahboob, Afghanistan’s first female technology chief executive and the team’s sponsor to offer them a place on centre stage at the event.

Porter said of her decision: “These girls deserve a platform to showcase their work and to have equal opportunity to succeed and achieve in tech. With the World Summit AI we will be placing them alongside the world’s most influential AI speakers and in front of crowds of over 2000 people.”

“The determination of these young girls is inspiring and we want to assist them in any way we can.”

At the same time, Roya Mahboob said “It’s a great chance for the girls to showcase their work and an important step in the development of female talent in the Middle East.”

The team will be sharing stage with big names in the AI world, including Stuart Russell from Berkeley, the University of California; Steve Chien, Head of AI at NASA; and Gary Marcus and Zoubin Gharamani, who recently sold their AI start up Geometric Intelligence to Uber.

The inaugural Summit takes place in October in Amsterdam. It will be welcomed by Prince Constantijn of the Netherlands.