Skip to content
Home » BYOD » AI in cyber security: a help or a hindrance? 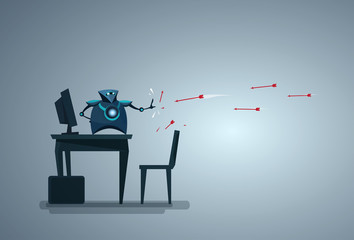 With a disappearing IT perimeter, a widening skills gap and the increasing sophistication of cyber attacks, it is not surprising that many enterprises are struggling to deal with the current cyber security landscape. It’s not just the continued data breaches that have hit the media headlines this year, but it’s the nature of the data – CVV and passport numbers – coupled with the regulations such as GDPR that have placed strict directives on the need for organisations to keep their data safe.

A lot has changed in the cyber security landscape this year, and one topic that has been in the spotlight is Artificial Intelligence (AI), with many organisations beginning to adopt the technology to take it from just another buzzword to an application that can deliver true business value. Discussion of AI’s ability to aid the cyber security industry has played a big part of the debate; whilst some argue it has the potential to revolutionise the cyber security industry, others argue that the drawbacks currently far outweigh the potential benefits. Research shows that 60% think AI has the ability to find attacks before they do damage – but how far can the technology be relied upon to keep the bad guys out?

Red-hot cyber: 5 cyber security startups next in line for the Unicorn Crown

Following the warning from MPs that the UK is ‘wholly’ unprepared to stop a devastating cyber attack, Information Age looks at the top cyber security start-ups

Arguably, AI has the potential to provide an extremely large benefit to the overall framework of an organisation’s cyber security defence. However, the reality is that it also has the potential to be a real danger under certain conditions as hackers are fast gaining the ability to foil security algorithms by targeting the data AI technology is training on and the issues it is able to flag.

The fact is, AI has the possibility of being deployed by both sides: those looking to attack and those looking to defend. Of course, AI can be beneficial in a number of ways. Mainly, it has the ability to learn and adapt to its current environment and the threat landscape. If deployed correctly, AI would be able to consistently collect intelligence regarding new threats, attempted attacks, successful breaches, blocked or failed attacks and learn from all of it. This allows it to then better fulfil the purpose of defending the digital assets of an organisation; it can immediately react to an attempted breach, be able to mitigate and address the threat, as well as learn better ways to detect and expel it in the future. This could be extremely beneficial in taking cyber security to the next level.

Information Age’s cyber security best practices— everything from defining it to the importance of training. Read here

Additionally, AI technology has the ability to pick up abnormalities within an organisation’s network and flag it quicker than a member of the cyber security or IT team could; AI’s ability to understand ‘normal’ behaviour would allow it to bring attention to potentially malicious behaviour of suspicious or abnormal user or device activity.

For every positive of AI, there is an equal negative: AI could be configured to learn the specific defences and tools that it runs up against, which will allow it to be able to better breach them in the future. Viruses could be created that host this type of AI, which produces malware that can bypass even more advanced security implementations. What’s more, the hackers don’t even need to tamper with the data itself, they could work out the features of code that a model is using and mirror it with their own code they are using with malicious intent so the algorithm isn’t able to catch it. In this case, AI is most certainly a hindrance.

Additionally, the numerous applicational possibilities of AI – from retail to finance, manufacturing to environmental tracking – means that it is rapidly expanding the current attack surface. There are definitely two sides to the coin when it comes to AI, and in all situations, the benefits must be weighed against the potential downsides. Whilst the use of the technology continues to grow, a robust, defence-in-depth Information Assurance strategy is needed to keep an organisation’s data as safe as it can be.

Who is responsible for cyber security in the enterprise?

Uncertainty is widespread across companies over who takes the lead on cyber security, according to Willis Towers Watson