AI in the workplace – what executives need to consider 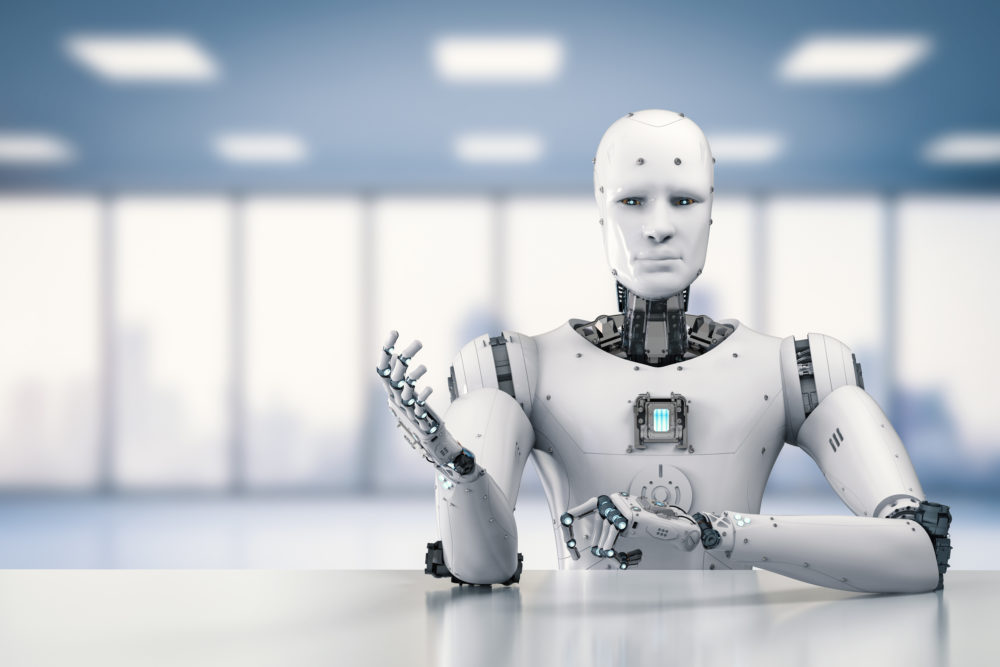 The future of artificial intelligence (AI) in the workplace is topic that has been debated frequently in recent months, and the conclusions haven’t always been positive. PwC for example released a report in September outlining that 37% of respondents are concerned automation will put them out of a job. This has jumped from 23% in 2014.

The concept of machines within the workplace isn’t a new idea; robots have dominated work on the assembly line for decades. However, critics of AI are now faced with the new and unfamiliar idea that robots are threatening ‘white-collar jobs’.

While this does mean that business leaders have to evaluate some new and important issues, its important to approach the topic with a clear and open mind and not get wrapped up in the controversy surrounding AI at the moment.

Thinking about AI and the workplace

For instance, who is responsible if two driverless cars crash into each other? If a machine-learning system can now out-perform radiologists in interpreting medical images, what does this mean for the future of medical professionals? Are machines, with their unfaltering rationality of data-driven analytics, to become the ideal corporate decision-makers, cancelling out the threat of human bias? And, if a software can perform and compile research in a fraction of the time it takes humans, will they then erase the workload and the need for multiple jobs?

Many of these questions are being explored currently. In fact, Google DeepMind recently announced a new AI ethics research unit and the UK Government launched a select committee for AI this year – both good steps in the right direction and taking into account the wider societal implications of AI.

Ultimately, we must understand that if so many jobs can be done by machines – which won’t get sick, need holidays or have family responsibilities – why would businesses employ humans?

These questions only brush the surface of the issues introducing AI in the workplace create. However, they should all be occupying the minds of business leaders, as well as policy-makers. AI is inspiring conversations on the very nature of work; job-destruction vs. job-creation, productivity increases vs. skills shortages, human judgement vs. the limits of digital logic.

For company executives, the large amount of controversy surrounding this topic can be translated into two broad issues for them to specifically consider: how best to lead their business and workforce through this period of severe disruption; and what consequences the introduction of artificial intelligence will have on their business’ process of management and leadership.

It is crucial for business leaders to evaluate the nature of work and how an average workday is actually spent; a job is essentially performing a daily sequence of separate tasks. As David Autor, Ford Professor of Economics at MIT commented: “Most work processes draw upon a multifaceted set of inputs: labour and capital; brains and brawn; creativity and rote repetition; technical mastery and intuitive judgment; perspiration and inspiration; adherence to rules and judicious application of discretion.”

The business benefits of AI

From Autor’s description, it becomes obvious that there are multiple tasks that can be automated, but, on the other hand, plenty of others that would not benefit from machine input. Importantly, as Autor highlights, tasks on both sides are essential to maintaining and achieving business success.

So, improvements in one area do not necessarily eliminate the need for the others. The main criticisms of AI’s transition into the workplace usually focuses on the perceived consequential loss of labour. However, this is not necessarily the correct answer to the equation; if certain tasks are allocated to a machine, human workers can be more productive in others.

Unsurprisingly, tasks which require creative thinking and personable human interactions are among those which are typically better performed by humans. These skills cannot be underestimated by companies who are aiming to mine digital technologies, navigate the internet for insight, engage and maintain meaningful customer relationships and regenerate their business operations for the future.

>See also: What really is AI? Setting the record straight

AI will no doubt enhance the future of my area of business expertise, HR and executive search, but the impact will likely prove to be a benefit rather than a threat. For example, AI can learn to select CVs on the basis of the strength of that CV and the likelihood of an individual with that skill set being successful in role.

It could even draw on data of individuals with similar CVs and the relative success of those people in role to use as a comparison point. It could find me a great candidate on paper, but perhaps not someone who falls outside the ‘conventional’ talent profile’.

It probably won’t be able to read between the lines, understand what truly drives the individual, and ask the type of questions that allows a Search consultant to truly assess a candidate’s suitability… at least not yet anyway.

As the importance of a workforce diversified by thought is increasingly well understood and considered to be a strategic imperative, there is much to be said for being mindful of rational decisions when making people decisions, but not solely relying on them.

Forward thinking as an executive

Rather than sticking your heads in the sand, it is important for business leaders to be forward-thinking in their approach to the age of AI and embrace the benefits which technology can bring to their business. We cannot undo or stop the advancements in AI and humans will, need to learn to work alongside artificial intelligence.

Instead of looking to fill particular job roles, executives need to pinpoint the individual tasks that their organisation undertakes and place greater emphasis on matching these tasks to workers rather than job titles.

This will encourage flexible skill sets that aren’t confined to job roles and is the type of strategic and innovative thinking that is required from business leaders to manage and motivate humans through this change.

Policies also need to be developed to ensure that the human element remains prevalent in business and isn’t completely overtaken by machine-based analysis. Managers are going to have to expect and accept that they have to give up control in certain areas but gain new opportunities in others.

The future of AI does not appear to me to be so bleak. It is far more likely that AI will help to enhance the individual performance of those in leadership roles and even allow for and open up new opportunities for job creation which humans can then pursue. Preparing for, but most importantly, embracing the change which AI will bring to the workplace is the best way forward.

Sourced by Lisa Gerhardt, partner and head of the HR Practice at Savannah Group