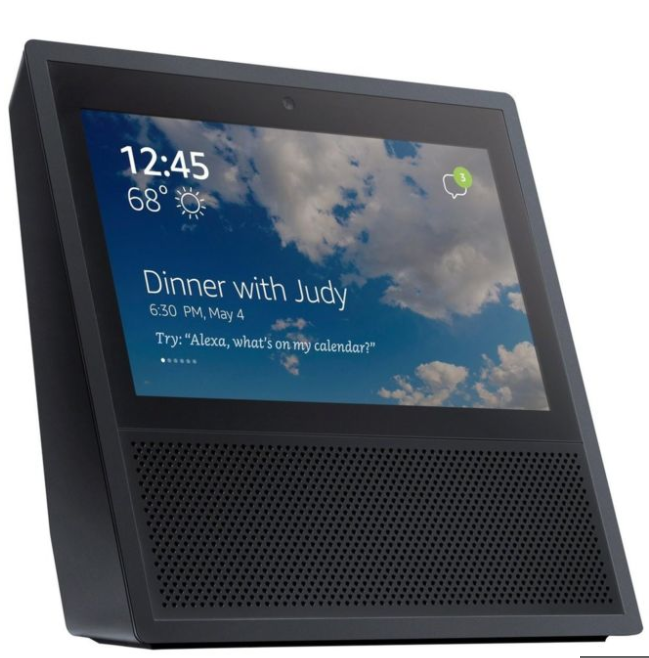 According to a report in the Wall Street Journal (WSJ), Amazon is on the verge of releasing the upgraded version of Amazon Echo – the virtual assistant that took the world by storm towards the end of 2016.

In a new report from eMarketer it estimated, for example, that 36 million Americans will use the voice-activated assistant at least once a month – an increase of 129% on this time last year.

>See also: Google Assistant vs Amazon Alexa: which is the best intelligent assistant

The report cited two usually reliable sources to confirm this. AFTV.com is a site with a solid track record of leaks and it said it found a low-quality image of the device on Amazon’s own servers. Similarly, the authenticity of the image was later backed up by king-of-the-leaks, Evan Blass.

The new model would feature a 7-inch touchscreen, display answers to questions and have an internet-based phone call capability.

Perry Krug, principal architect at Couchbase suggested that “the new device is certainly not as easy on the eye as its predecessor. However, with the addition of a screen, plus developments in natural language voice recognition, AI and machine learning, it should be much easier to use. Excuse the pun, but Amazon is in prime position to become the hub of the connected home.”

The WSJ’s report said that this Echo will indeed be able to make telephone and video calls, and adding this visual aspect to the virtual assistant could help further Amazon’s initial domination in this market.

Indeed, at the moment the same survey from eMarketer said that the maker of Echo-branded speakers has 70.6% of all voice-enabled speaker users in the US this year. That is significantly ahead of Google Home’s 23.8% and other smaller players like Lenovo, LG, Harman Kardon and Mattel, who combined only account for 5.6% of market users.

However, the race is just beginning according to CCS Insight analyst Geoff Blaber.

“Amazon has a head start in the voice race but the industry has barely crossed the starting line…Those that can maximise customer data, search, artificial intelligence and natural language processing, make it all available to developers to innovate with, and simultaneously walk the privacy tightrope, will be the ultimate winners.”

“Amazon will inevitably face market share pressure with Echo as competition intensifies,” added Blaber. “But it has a far grander vision with Alexa.”

This “grand vision” Blaber refers to is home automation, where the virtual assistant moves past the role of an assistant. In the near future, with the increasing number of Internet of Things devices entering the home, systems like Alexa could run every aspect of the home. From the cooking, to the cleaning and ironing.

If Amazon is to succeed in this venture, concluded Perry, then “it needs to create the kind of attachment we feel towards our phones, making sure that consumers see the benefits of a connected home. If not, it will quickly disappear. To do this, they need to provide a truly rich and varied user experience, which means becoming the control point for everything and every service used in the home. This includes compatibility with smartphones, smart light bulbs, home security systems and even our bank accounts, as well as digital services like Spotify, Uber and Netflix. We are only at the beginning of this evolution, but organisations of every description will be scrambling to create dedicated apps in the hope that virtual assistants do become the next big thing, and that they can ride that wave.”