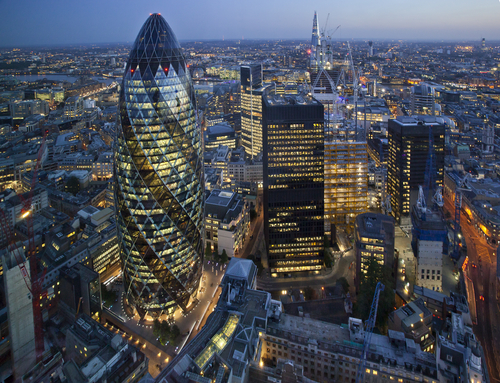 Amazon Web Services (AWS) is taking its Pop-up Loft programme global with the opening of a new space in London on September 10.

The London loft will be the first to open outside the U.S., and will join similar places in San Francisco and New York in helping developers, engineers, entrepreneurs and tech enthusiasts to build startups on AWS. A fourth loft is planned in Berlin.

Visitors can participate in training courses, boot camps, self-paced labs, meet-ups and other special events, or just grab a coffee and work in the open office space, all at no charge. AWS also hopes to help startups built on its cloud find funding.

The AWS Pop-up Loft in London will be open from September 10 to October 29 between 10am and 6pm, later for evening events, Monday through Friday, in Moorgate.

Visitors can make one-on-one appointments with an AWS expert, register for boot camps and technical sessions, and learn more about other opportunities on the website.

More than two thirds of UK startups with valuations of over a billion dollars, including Skyscanner, JustEat, Powa, Fanduel and Shazam, leverage AWS’s cloud services.

UK taxi app Hailo, which is built on AWS and operates entirely in the cloud, will present at the London loft. “We look forward to sharing some of our experiences of growing an international business on AWS and some of the advice we would give to other startups on the same journey we were on only a few years ago,” said Feidhlim O'Neill, Hailo’s VP of platform and technical operations.

Werner Vogels, CTO and VP at Amazon.com, added, “The UK is a hotbed of innovation and London is one of the main places where we see talented, ambitious entrepreneurs coming together to test ideas and start new businesses that leverage cloud computing.

“With the AWS Pop-up Loft in London we will be bringing together a host of AWS resources, and some of the brightest and most creative minds in the industry, to help startups across the UK. We look forward to working alongside the next generation of UK businesses and helping them to reach their full potential.”