An upbeat outlook for UK IoT sector despite barriers 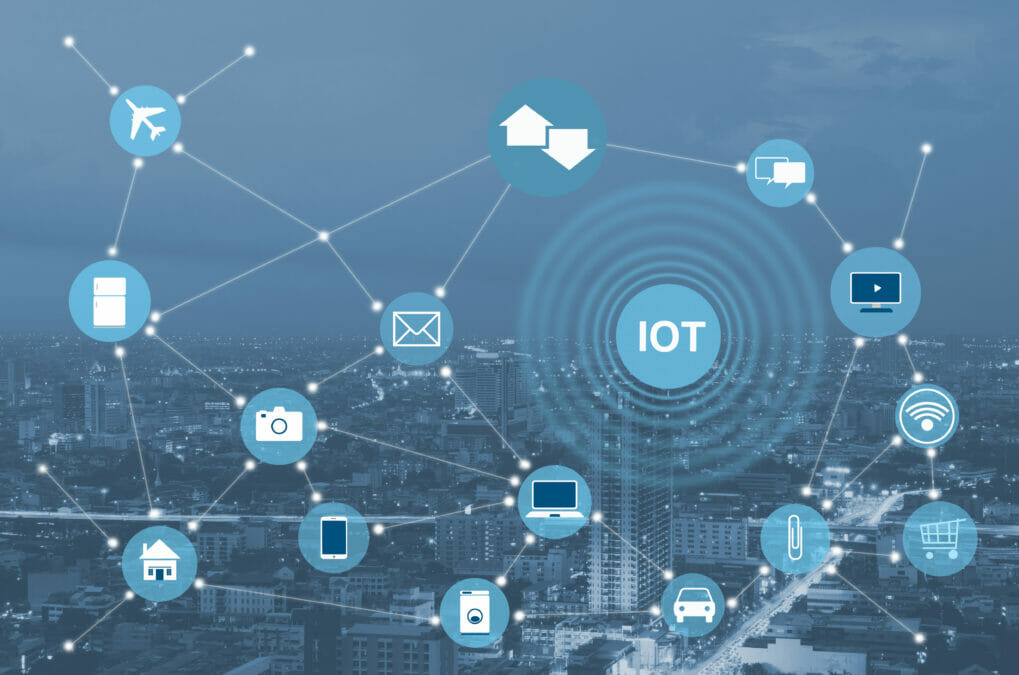 In the last 18 months, we have seen a welcome acceleration of IoT initiatives as the consumer and corporate shift away from products and towards connected, data-driven digital services and experiences has gathered pace. Pandemic notwithstanding, in 2020 the number of IoT connections exceeded the number of non-IoT connections for the first time.

IoT’s extraordinary potential is becoming reality, albeit somewhat later than anticipated. Projects are no longer the preserve of ambitious early adopters; they are becoming mainstream.

As momentum grows, keeping a finger on the pulse of remaining problem areas is critical to smoothing the way forward for IoT, and our recent research into the State of IoT Adoption does just that. We surveyed 500 senior professionals responsible for IoT project implementation in the UK and USA, across five verticals: EV Charging and Smart Grid; Healthcare and Medical Devices; Manufacturing; Supply Chain and Logistics; and Smart Vending.

In the UK we found a mixed picture, with a strong appetite for investment, but a concerning sense that projects were not achieving their full potential. The cause is a combination of connectivity issues, together with device deployment and rollout hurdles, which are more of a challenge in the UK than for US-based IoT professionals. 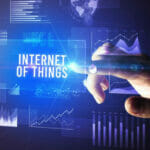 CheChung Lin, director of technical product marketing at Western Digital, discusses why data storage isn’t a ‘one size fits all’ solution when it comes to the Internet of Things (IoT). Read here

The positives – appetite for investment and less COVID-19 impact

After an undeniably challenging year, UK organisations remain upbeat about the value of prioritising and investing in IoT. 85% say IoT is a priority for their business, nine in ten are planning budget increases for IoT initiatives and 54% have projects set to launch within a two-year horizon.

COVID-19 had less of a negative impact in the UK, with only one in five projects being cancelled as a result. In contrast, one third of US-based projects were cancelled as the pandemic hit. At the other end of the scale, 28% of UK respondents said the pandemic accelerated the development of their initiative, compared to one quarter of US respondents.

These figures indicate that IoT in the UK has already reached a level of maturity where it has a good degree of insulation against external shocks, in investment confidence terms. Rather than a knee-jerk cancellation in the face of COVID-19, UK organisations have pressed ahead with projects and investment, recognising that the long-term outcomes are worth absorbing short-term risk.

And what are the long-term benefits that UK projects aim to deliver? It’s all about commercial advantage, with 36% saying increased profits were expected through IoT deployment, and 34% seeing IoT as a way to break into new markets, with just slightly fewer pointing to the new lines of business they anticipate delivering through IoT. Clearly, UK firms fully understand the disruptive commercial potential of IoT.

Nevertheless, despite higher positivity around IoT in the UK, only 24% of respondents were unreserved in stating that their IoT project was a complete success. The rest had reservations which, when we explored them in more detail, primarily centred around connectivity. 41% of respondents reported that cellular connectivity across different geographical areas was the biggest challenge they faced, which was considerably higher than the US, where only 28% said it was a problem.

The connectivity issue is perhaps generating a greater level of concern for UK projects because they are more likely than US initiatives to be multi-region, crossing borders and having to confront all the complexity that has historically been associated with establishing and managing connections across multiple network operators to deliver reliable uptime. This is underlined by the fact that the second most-commonly cited issue was device deployment and rollout.

The concern within the UK IoT sector reflects the fact that permanent roaming – as the typical solution to delivering multi-region IoT projects – remains fraught with problems. These range from the inability of roaming agreements to support device Power Saving Modes, to the frequently arising commercial disputes, the performance issues caused by having to backhaul data, and the fact several countries have placed a complete ban on permanent roaming.

In contrast to the US environment, where two dominant operators (AT&T and Verizon) deliver the majority of coverage, the European environment is far more fragmented with multiple operators delivering regional coverage. This adds a considerable layer of complexity and commercial disputes can threaten the viability of multi-region rollouts, creating a concerning degree of risk to IoT projects.

UK IoT professionals are very aware that this issue of cellular connectivity must be resolved to ensure the viability of future large-scale projects – eight out of ten agree or strongly agree that the evolution of intelligent connectivity is going to be critical to continue to fuel adoption of IoT. Intelligent connectivity mitigates the risk of device disconnection or poor performance by equipping devices with multi-IMSI (network) eSIMs that can store up to 10 operator profiles to enable advanced connectivity management. This means if connectivity from one provider fails, the device can switch seamlessly to another provider to maintain performance. Together with the ability to localise a SIM, this also allows devices to connect to local networks in the deployment location and thereby avoid the risk of being deemed as permanently roaming. For IoT projects coming out of the UK, this guaranteed connectivity is clearly an important piece of the commercial viability puzzle.

US respondents, operating in a less fragmented environment, are less concerned; more than a quarter of respondents were ambivalent or disagreed that intelligent connectivity was going to be critical. 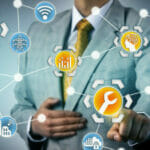 Driving value from the industrial internet of things (IIoT)

Florian Beil, managing director of Industrie Reply, spoke to Information Age about driving value from the Industrial Internet of Things (IIoT), and the challenges that this brings. Read here

Looking ahead, UK IoT professionals identified security of the device and its environment as a key area of concern, alongside resilience and uptime. This is a growing concern as devices proliferate in a volatile cyber threat environment – the more revenue brought in via IoT networks, the greater the financial, reputational and regulatory risk from a disruptive cyber attack.

To ensure more projects deliver the benefits they are looking for, UK organisations need to plan ahead to address current and future challenges:

Overall, momentum continues to build around UK IoT rollout, but there is still much to do for IoT projects to deliver on their promise, and progress to faster, large-scale adoption. Right now, 90% of UK respondents had deployed fewer than 10,000 devices, indicating that these barriers need to be overcome through a greater focus on intelligent connectivity solutions, security and device resilience in the early stages of an IoT project.