Skip to content
Home » Topics » Automation » Andrew Yang, technofear and why we can’t wait years and years for an answer 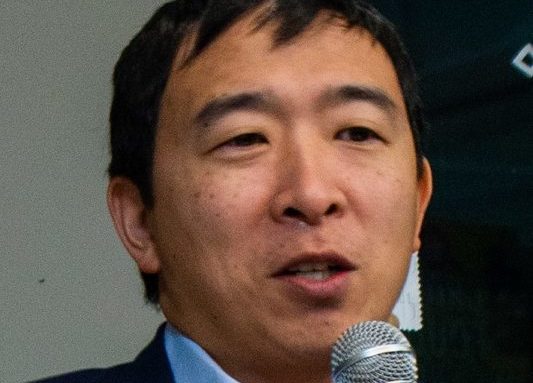 Another day another report, this time it is from Oxford Economics predicting that 20m manufacturing jobs around the world could be replaced by robots by 2030. Meanwhile, Andrew Yang US presidential candidate continues to turn heads with his talk of universal basic income and warning about technology ripping the fabric out of society. Meanwhile, the BBC show Years and Years takes a dystopian look at a near future: technofear is growing, and in some ways it’s appropriate, but some of the fears come straight out of the Mickey Mouse School of Economics.

The real punch behind the Oxford Economics report is not that it predicts job losses, because actually, it says technology will create jobs too, rather it’s how the technology related job losses will spread across society. It forecast that for every robot, there will be a loss of 2.2 jobs in lower income regions, but only 1.3 job losses in higher income regions.

As for the jobs being created, many will require extremely skilled workers. There might be a shortage of data scientists and coders, but recruiting for these highly paid roles will not automatically come from displaced workers in manufacturing.

Michael Bloomberg puts it succinctly: “You’re not going to teach a coal miner to code. Mark Zuckerberg says you teach them [people] to code and everything will be great. I don’t know how to break it to you . . . but no.”

Andrew Yang tweeted: “Most people who think we can turn coal miners into coders are neither.”

Of course, the comments are not entirely fair. There is a lot of untapped potential lurking within most of us, no doubt there are many ex-miners who would make great coders, and while there are plenty of people out there trying to encourage this, it is difficult to escape the logic that since jobs in coding can be so well paid, most people with an aptitude for that line of work are not working down the mines. 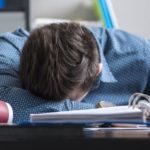 Is a shorter working week coming? Does technology make it less or more likely? Surveys suggest it’s inevitable, technologies such as RPA may help or is Jack Ma closer to the truth when he talks about a 996 week?

According to Oxford Economics, since the year 2000, 1.7 million manufacturing jobs have been lost to manufacturing worldwide, of which 400,000 were in Europe, 260,000 in the US and 550,000 in China, these are big numbers, but relative to the size of the workforce not massive. 260,000 job losses to robots in the US is not enough to explain the rise of Trump.

Yang believes that technology is responsible for a disintegrating way of life. But he is especially vexed about the next decade. In an interview, Andrew Yang said: “When the robot trucks hit the highways in five to ten years, it’s going to be an epic disaster for hundreds of thousands of Americans in hundreds of communities around the country. I am running for president because we do not have that much time.”

But isn’t disintegrating ways of life the narrative of history? The US itself was formed by migrants, whose lives, as they moved from old to new world, was by definition transformed.

Jobs in manufacturing were created as the industrial revolutions of the 18th and 19th centuries produced jobs for millions of workers whose traditional way of life, working their land, disintegrated.

In the TV series Years and Years, looking back from the late 2020s, and in a speech that is already proving a hit on social media, the grandmother of the central family, played by Anne Reid, said that we all have to take responsibility for the crisis of those dystopian times. “It’s your fault..it’s our fault,” she said. And then cited the example of a one pound t-shirt “for which some little peasant in a field gets paid 0.01p…” but we can’t resist it and we buy into the system. “I saw it all go wrong when it began in the supermarkets, when they replaced all the women on the tills with those automated checkouts. It’s our fault. This is the world we built. Congratulations, cheers all.”

“It’s our fault. This is the world we built. Congratulations, cheers all.” #YearsAndYears pic.twitter.com/rCfqGq93sl

Years and Years was a brilliant show, but the economic understanding behind this speech was non-existent.

Sure, most of us would like to see labourers working in sweatshops or toiling in the fields in some faraway place, creating the goods that we buy for next to nothing, earn more, but the alternative for those workers is often working in worse conditions for even less. If you want to improve their lot, support foreign aid, such an idea might not be fashionable, but if it was used to boost investment into technology, leading to more automation, the jobs carried out in these awful conditions might become less unpleasant, and any resulting improvement in productivity could lead to higher wages.

As for the threat posed to supermarket checkout staff, remember the lesson of ATMs, they didn’t make the job of bank tellers superfluous, instead, the greater efficiency and improved customer experience led to greater demand and more jobs in banks. 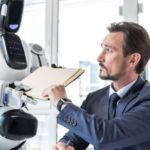 Matt Weston, Managing Director of Robert Half UK, examines the future of the workplace as automation and artificial intelligence shift the landscape

At a time when US and UK unemployment is at its lowest level in…well not so much years and years, but in decades and decades, it seems strange to worry about technology destroying jobs, and let technofear dominate the discourse.

Of course, that is now, we don’t know what effect, for example, autonomous cars will have on taxi or truck driver jobs in the near future. Technofear may be justified.

In one area, however, it seems automation is not so much likely to destroy jobs as make the work less tedious. As a survey from Forrester, sponsored by robotics process automation company, UiPath, found 66% of respondents said that RPA restructures existing work, enabling employees to have more human interactions…60% said RPA helps employees focus on more meaningful, strategic tasks. In addition, 57% of respondents report that RPA reduces manual errors.

Guy Kirkwood, chief Evangelist at UiPath cites a customer of UiPath, who said. “The mood music has changed, our people are happier, and we now measure the service in terms of compliments rather than complaints.” 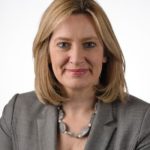 Maybe then, some jobs in industry and manufacturing will be destroyed by technology, and technofear is justified. But perhaps office jobs, white collar roles, subject to automation will just become more enjoyable.

The real problem, however, is one of distribution, time lags and growing inequality.

High inequality isn’t good for anyone, because a consequence of too much inequality is that aggregate demand is sucked out of the economy.

Technofear isn’t going away, Andrew Yang may well have a point, but the 2020 US election may be too soon for him, or indeed universal basic income.