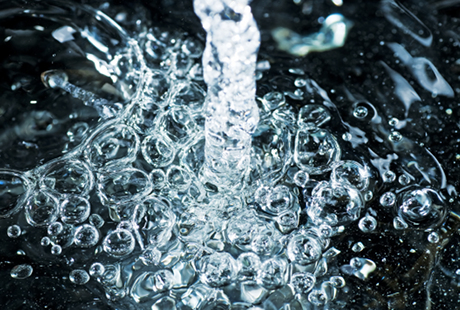 When UK utility operator Anglian Water drew up its latest five-year business plan, back in 2010, sorting out its management systems was one of the top priorities.

At the time, the company's information systems were dogged by duplication of documents and the separation of data according to functional silos. "We had 10 million documents and we anticipate that around 40% of them were duplicated," says Rachel Butler, ECM project manager at Anglian Water.

The way various business departments handled information varied wildly, and the company's intranet – through which employees were ostensibly supposed to access important documents – was not up to the job. "The intranet was all based on hyperlinks but if you renamed a document or changed that document in any way, that hyperlink broke," Butler explains.

The company wanted to move to a situation where any employee could access any relevant information that was useful to them. It therefore decided to upgrade its document management system and its intranet at the system.

One of the first steps was to draw a new structure for its document base. That took some concerted collaboration with business departments, who not all immediately enthused by the project.

"Building the new taxonomy meant not only redefining the structure of the folders, but also renaming all the documents, the metadata, the archiving processes etc.," says Butler. "Obviously that is a very time consuming and it took a good couple of months to get the business to buy into the structure."

The end result was a new taxonomy that defined documents according to what they were about – an employee or a physical asset, for example.

As for the intranet, the plan was to allow employees to navigate documents according to both the physical site they related to – e.g. a water processing plant in Wales – and the broadly define business process they contributed to.

Example of these processes include 'Support our people', 'Provide clean water', and 'Manage our assets'. "These are the things that we are always going to do," explains Butler.

The purpose of designing the intranet to reflect these overarching processes is to free information from operational silos. "We wanted to break down the siloed thinking within our business, and encourage people to think across the business units," says Richard Boucher, business change and strategy director.

Having decided on a strategy, Anglian Water set about selecting a technology platform. For the intranet, it chose Microsoft's SharePoint, while for the document management repository it selected OpenText's Livelink

Anglian Water was already using Livelink in one division of the business, and it offered a low maintenance way to keep the document structure up to date. "If you update or withdraw a document, all of that automatically gets updated on the system," explains Butler.

The company then sought a single services provider to develop, integrate and deploy both systems. "The interconnectivity between Livelink and SharePoint is integral to the project, so we weren't looking for a SharePoint expert or a Livelink expert – it was the skill to put them together that we were after," says Boucher.

Anglian Water has an approved shortlist of six IT service providers, and among them Indian IT outsourcer Infosys made the best case. "They really understood where we were coming from, and they understood our vision where we wanted to get to," says Butler.

Interestingly, Infosys's offshore delivery model was a benefit, Butler reports. "It meant we could come up with ideas and they would mock those up overnight, so things would come to fruition the next day," she says. "That was a real positive."

That said, one of the key objectives of the project was to minimise the bespoke customisation of the software. "There's hardly any functionality that we've actually programmed in," explains Butler.

A phased implementation began in April last year, with Anglian Water migrating documents business unit by business unit. It has so far migrated 25% of the information – but the benefits are already evident, Butler says.

"What were looking to achieve was to reduce the amount of time that employees spent looking for information," she says. "We won't really feel that that whole benefit until we've moved over the whole of the business, but already there is definitely less time being lost."