Skip to content
Home » Topics » Cybersecurity » Apple leaves customers in the lurch as services go down throughout the world  has it been hacked?

Apple leaves customers in the lurch as services go down throughout the world  has it been hacked? 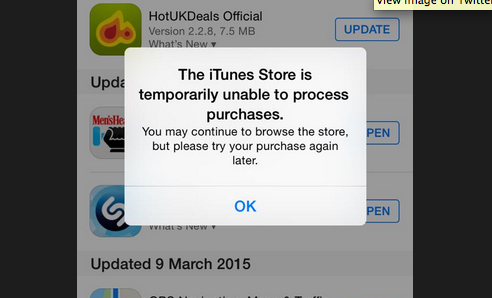 Apple has faced a day of huge disruption to its services in dozens of countries around the world, signaling fears it has been hacked.

Thousands of customers have turned to Apple’s forums and Reddit to report their concerns, with many particularly angered by a lack of communication from the company.

Apple didn’t report any issues on its System Status page for hours or make any announcements acknowledging the outages. At 1.47pm, it finally reported that all users of iCloud Account, Sign In and Mail were affected between 9am and 1pm (GMT). As of 2.30pm, it has updated the fact that App Store, Mac App Store, iBooks and iTunes remain unavailable for all users.

The company’s front pages and search functionality remain intact, and there have been no defacements as is often characteristic of cyber attacks. However, the radio silence from Apple and hours of downtime signal the problem may be more complicated than a simple server outage.

‘Server downtime can always occur, but then you need to inform your paying customers what the issue is,’ wrote one angry user in a forum. ‘If you are paranoid and don't want to reveal information (for example if it is due to a hack of some kind), you at least should say something along the lines of "we know there are issues, we are on it”.

‘But it is absolutely unacceptable and inexcusable to have hours of downtime and have both your end-user and developer status page still be completely green across the board. Infuriating!’