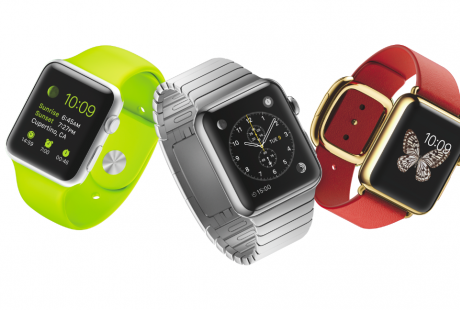 We all listened to Steve Jobs with baited breath and knew that the golden nugget that we were waiting for would come at the end. The words “but wait… there is one more thing” were the spark that would send people into applause and commotion at what Apple could possibly announce that we knew would immediately turn the world upside down yet again.

But that doesn’t happen as much now. Ever since the iPhone and the instant dissemination of mass information, it is nearly impossible for the public to be unaware of the content of any announcement. The announcements that Apple made yesterday in San Francisco therefore came as no surprise to anyone. Most particularly, the Apple Watch. The public was ready for all of it, yet we all still hope for those famous words. Alas, they did not come, and, truth be told, that moment hasn’t occurred since Jobs’ passing.

So let’s talk about the announcement that we all expected and received. The Apple Watch will be sold at the end of April in three flavors: Apple Sport, Apple Watch and Apple Edition. The prices for these watches range from £299 all the way to £13,500 and have a variety of features and styles. You use the watch to answer and make phone calls, use Siri voice activation to navigate and get answers, receive app notifications, make purchase payments, get the weather, track your health, send and receive messages, get the time, and have an entire ecosystem of apps to work with. The caveat is that the Apple Watch is dependent on the user also having an iPhone in order to gain access to the internet and carrier service.

So what? Don’t we already have this device? It’s called a smartphone, and like a watch, we also carry it around everywhere we go. So why would a person buy an Apple Watch when they already possess an iPhone to do the exact same things?

The answer is simple: the majority of people are not buying an Apple Watch for its functionality. There simply isn’t one use case on the Apple Watch that is unique to it as compared to the smartphone. They are instead buying it for status and fashion. No judgment here – we all feed our egos in different ways – but let’s not pretend that this new accessory is something that it’s not.

As a product that’s about fashion versus function, the Apple Watch is not a mass market play like the smartphone. It will most likely appeal to women and professionals rather than the youth or elder generation. This is corroborated by its high price. That being said, the Apple Watch will undoubtedly have success, especially in the early going. The early adopters and Apple lovers are certain to gobble up the device.

But will it move the needle for Apple, and will the success last? Apple’s revenue is almost entirely driven by one product and that is the iPhone. This is due to the fact that the iPhone is a mass market play that has an extremely frequent replacement cycle. The Apple Watch is neither a mass market play – due to its cost and its copycat function – nor a frequently upgraded device. The Apple Watch is more like the iPad in its upgrade cycle, though probably not as infrequent. These facts alone are enough to suggest that the Apple Watch most likely will not significantly increase their revenue by an order of magnitude.

What it does certainly do is mute the critics that say Apple does not innovate – at least for the time being. However, this is not the type of innovation that the market is looking for from Apple. This was proven even when the Apple stock began its inter-day decline the moment the Apple Watch was announced. The market wants Apple to innovate by providing groundbreaking devices that have mass market appeal and completely alter the manner in which we conduct our lives.

Is that device the car? Perhaps, but not likely. Is that device the TV? Yes – but an actual TV and not a set top box to stream content. The market is thirsty for Apple to create its own TV and create an ecosystem with TV content providers the way it did with music companies. The TV is a mass market play that is completely outdated and rarely changes in its form and function and the market is desperate for the TV industry to be forever changed. The only company that has the power to make it so, is Apple.

Until then, we have to go through cycles of incremental innovation like the Apple Watch to satisfy the naysayers and keep shareholders and consumers interested and excited about the company. The Apple Watch is certainly not the next big thing and is more than likely to repeat the path of the iPod and iPad rather than the iPhone. Always wondering about what’s next is what Apple has made us come to expect. But what’s next isn’t always the next big thing.