Skip to content
Home » Topics » Software and Applications » Appy times ahead: why this is just the beginning for the enterprise app store

Appy times ahead: why this is just the beginning for the enterprise app store 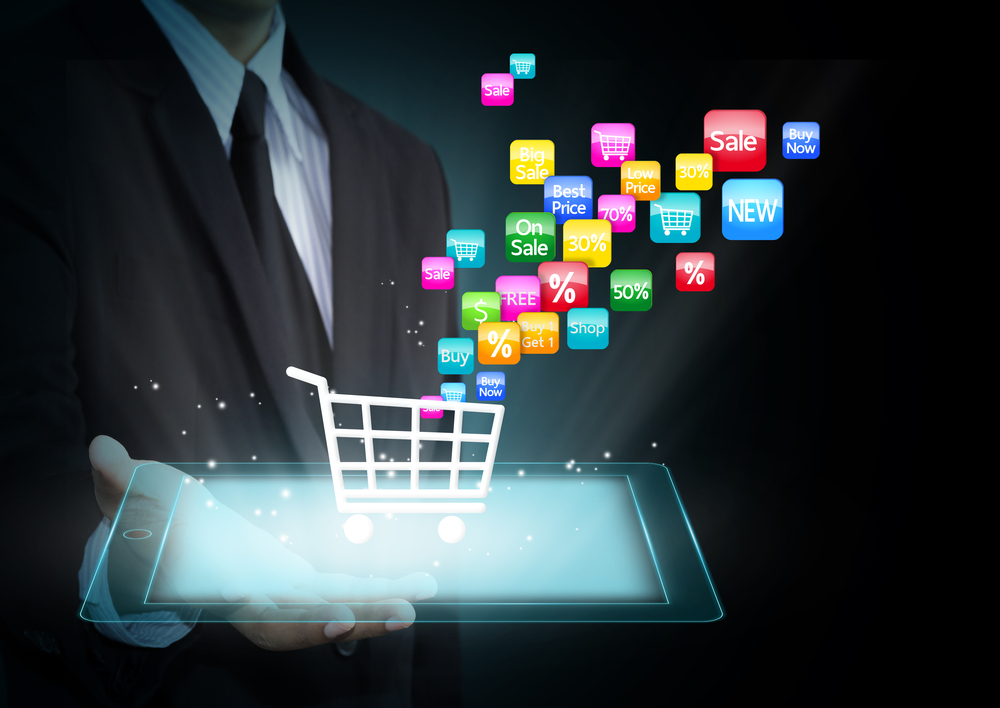 The trend for the enterprise-built app store as a one-stop shop for deploying and managing business-approved apps across mobile and desktop has exploded in recent years – . And industry analysts predict this popularity to continue as app usage continues on its upward trend and enterprises look to stem the inevitable ‘shadow IT’ that results from it – a quarter of all enterprises worldwide will have one by 2017 according to Gartner. Rather than clamping down on the adoption of apps by employees, forward-thinking CIOs are stepping up to enable apps in a way that’s centrally governed.

Mobile-first, and perhaps soon wearable-first enterprise app stores are being rapidly embraced as the ideal solution to address the balance between access and control in a simpler, more manageable way, while enabling apps at a faster speed.

Nigel Sedden, senior director Northern Europe and ANZ at software firm Landesk thinks that 2015 is the year CIOs need to respond to the app revolution if they haven’t already.

‘We are in the thick of the consumerisation of IT, with users expecting to be working from the devices that empower them to do their jobs more efficiently,’ he says. ‘They want the applications they use on a day-to-day basis to be more accessible. By evolving their own IT and creating an enterprise app store, CIOs can offer workers functionality, freedom and usability at the touch of a button, which in turn will improve productivity and the user experience.’

The shift away from the public app store allows users to access both consumer and business apps through one portal. For instance, they might be able to download Facebook, Citrix’s ‘GoToMeeting’ and a custom corporate app from the same place, meaning technology is simplified and gives the user more autonomy on how they work- ultimately driving operational agility for the enterprise.

Vincent Smyth, SVP EMEA of Flexera Software, also points out the challenges around licensing that CIOs are solving through the enterprise app store. IT teams have the potential to reduce spending on new software licenses by engaging with users and automatically reclaiming unused software, and they have they have the ability to maintain proactive license compliance to reduce compliance risk, improve service delivery for IT as Service, and cut out IT involvement in obtaining and installing apps.

A major driver behind the rise of the enterprise app store is the ability to commoditise analytics within a business, allowing data scientists to do the heavy lifting of performing the analysis but then ‘operationalise’ the insights via ‘info apps’ for frontline employees.

This helps them make faster, more accurate decisions based on the data they have to hand in the apps.

‘In this way, analytics apps provide the right information, at the right time,’ says Dr Rado Kotorov, CIO at BI software company Information Builders. ‘This dual approach works well from a decision perspective because analysis uncovers opportunities, but only ‘operationalisation’ drives the desired behaviour change to achieve new levels of performance. The analysis is about uncovering root causes, while ‘info apps’ are for answering business questions and changing business behaviour. Apps are the perfect vehicle to make the fruits of analytics pervasively used in decision making.’

Building software for deployment to an app store forces companies to boil down their analytics requirement to its core purpose- to answer questions about the business.

‘Analytics is so core to effective decision-making, that companies should focus on creating an intuitive analytics dashboard that anyone can use with minimal training,’ says Salesforce’s Spearing. ‘We’re witnessing a major drive towards search-based, self-service mobile apps that empower everyone in the business with the data they need to make better decisions in seconds.’

Dashboards are the de facto industry standard for showing Time to Value (TTV) and Return on Investment (ROI) of a new software solution for any organisation looking for analysis and justification for new purchases. As Smyth points out, they’re flexible, can be accessed anywhere, and provide a high level of interaction between employees and senior management.

‘All of these aspects provide better return on investment because people are more likely to adopt new technology that provides a focused dashboard as part of the out of the box experience.’

As he advises, better analytics helps customers support cloud migration and get it right the first time by understanding application dependencies and usage of legacy applications.

‘With analytics and insight customers will better plan which apps and users can move to the cloud, increasing user productivity and lowering app provisioning costs.’

But although the plus points of deploying enterprise app stores are many, for most organisations their management and deployment are still in their infancy.

‘There is currently a disconnect in how applications are used by employees and those that are deployed, secured and managed by IT departments,’ points out Nick McQuire, VP enterprise of analyst firm CCS Insight.

‘Often, employees are ahead of IT teams in using applications and as such organisations are only just coming to terms with the right strategy for app stores and app deployments overall now.’

What constitutes the ‘right strategy’ is up for debate, but IT teams face a number of universal challenges- the biggest of which is getting the right apps into the hands of end users across the enterprise.

IT teams should first establish an employee workable application policy and work on developing the skills of the IT department to better work with employees to understand the applications which are relevant to how they work.

‘Not only does an organisation need the skills to develop and roll out these apps but IT will also need change management skills as the changes within IT are large,’ says McQuire. ‘With consumer applications setting a very high bar in terms of design and user experience, organisations have to meet these expectations with internal products.’

This hinges on building a seamless experience into the store. It goes without saying that anyone building an enterprise app store needs to make the user experience as simple and intuitive as employees are used to, with everything in a single place and accessible in as few clicks as possible.

‘This means modelling it on a consumer app store,’ says Adam Spearing, EMEA VP at Salesforce. ‘No matter how useful the app, if employees have to go through a multi-step process involving multiple passwords and logging tickets with the IT department to download, user uptake will be low and the business won’t get much out of the investment.’

Another big hurdle for many is keeping up with changing system infrastructure as enterprises upgrade, migrate, consolidate, and expand the use of infrastructure systems. As Smyth argues, if you build a custom app store, the resources required for ongoing maintenance and updates will be a challenge.

‘In addition, the licensing requirements for today’s application producers are becoming increasingly complex and maintaining license compliance at the time of an employee’s requests is a manual process that usually involves a license manager or other individual with the knowledge required,’ he warns.

At present, most enterprise app stores are built through a combination of in-house and outsourced development, but looking ahead, the larger base of organisations are moving towards outsourcing due to a lack of skills and the organisation change required to rapidly get apps out into an enterprise.

In certain sectors, however, this development is remaining in-house as it is a source of competitive advantage, as CCS Insight’s Nick McQuire explains.

‘Both the retail and financial services sectors have strong customer experience teams fluent in app development,’ says McQuire. ‘As such these sectors have the skills internally to build and develop their own apps.’

> See also: How to deliver a successful app store for the enterprise

The analyst firm predicts that a general trend in the years to come will be companies shunning custom app development altogether to buy more off the shelf apps – something which may lead to a slowdown of both in house app development as well as outsourcing.

But whether apps are built or bought, the most important aspect of any future app store will be its ability to function across a whole enterprise, including the increasingly wide array of devices and operating systems.

‘Enterprise app stores will become a holistic product at the point where apps are developed and designed to run across different screens and architectures,’ says McQuire. ’Microsoft is looking to achieve this with Windows 10 Universal Apps running across tablets, convertibles, PCs and smartphones. Once this architectural shift occurs the applications will feel less fragmented.’

Enterprise app stores are evolving to become universal, used for desktop, virtual and mobile apps, and this universal concept is likely to be pushed across the enterprise landscape to include all aspects of software needs, whether in the datacentre, cloud or even personal devices such as watches or glasses. The wearable revolution is going to take enterprise app stores to the next level- Forrester recently reported that 68% of executives consider wearables a priority, with apps like Salesforce for Apple Watch being a major catalyst.

‘As mobile-first enterprises continue to flourish, the technology and applications used by businesses and consumers will look and feel less different than ever, as companies move on from legacy technology and build apps for mobile and wearable devices, drawing inspiration from consumer technology,’ says Spearing. ‘Instead of running your business from your phone, you’ll be able to run it from your wrist. But to reap the full benefits of this, you'll rely on your enterprise app store to provide programmes you need on your wearable.’

Zahid Jiwa, VP of Sales UK and Ireland for enterprise software company Outsystems believes we have only just started to scratch the surface of enterprise app stores.

‘We’re going to see many more companies deliver very powerful apps and make these available via stores,’ he predicts. ‘For example, the US Federal Government is very much ahead of the curve in developing an enterprise app store that both informs and educates their citizens. Hopefully, we’ll be seeing other public sector organisations following their example, so that both developers and companies can work together collaboratively to foster innovation in a productive, profitable and efficient manner.’