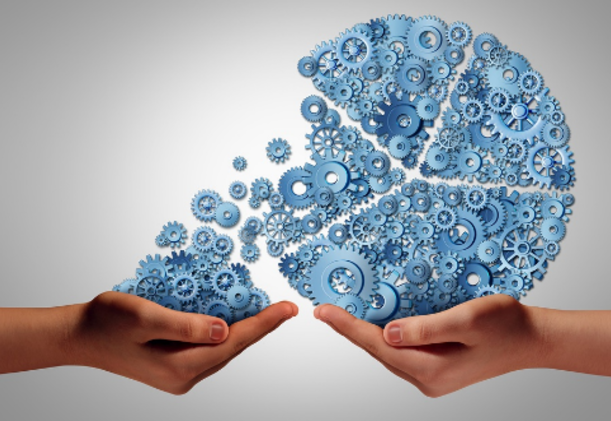 With global markets in a state of constant flux, forecasting is always a challenge. Increasing pressure from regulators, investors and employees around transparency and assurance of control has made risk a no-go area.

When it comes to corporate finance, companies don’t want to be seen as ‘innovative’ and ‘disruptive.’ Slow and steady wins the race in this case, and CFOs are feeling the pressure to ensure day-to-day activities are maintained, with the focus remaining firmly on profitability.

However, just because the finance department may not currently be a centre for innovation does not mean that it’s always been this way.

Overall, the recent 2016 Robotic Workforce Research report findings revealed a positive attitude towards automation, with 94% of respondents saying that they are open to a robotic future. But does the finance department have the latest developments in robotic process automation on its radar? Or is already making use of the efficiencies of automation?

Just over half of respondents (52%) believe that automation in the finance department will take place at a more gradual pace, over the next 2 years.

It’s an interesting point of view, and one that shows the finance department could be moving faster when it comes to adopting automation.

Here are a few ways finance departments could be using automation to help alleviate some of the day-to-day pressures:

Intelligent automation tools such as robotic process automation (RPA) are perfect for pulling information from multiple, potentially disparate, systems and repositories to create meaningful reports (alleviating the need to rely on IT to create custom ‘bridges’ between applications).

Automation, by its nature, leaves a digital paper-trail which means all information can be captured and analysed while the ‘virtual worker’ is doing their job – not a month later.

>See also: Why cloud is changing the tech landscape for CFOs

Cognitive systems can then look out for patterns or exceptions across all of your ‘virtual workers’ to produce insights, enabling businesses to make decisions much faster.

Unlike their human counter-parts, virtual workers can be programmed to carry out a task in a very explicit, very rigid way. Not only does this mean they are more likely to comply with standards, but that they are also 100% accurate which further frees up time spent on reviewing datasets and correcting in put errors.

So which vertical sector was the most committed to automating their finance department? Genfour asked our respondents to rate their level of commitment on a scale of 0-5, 0 being not at all, and 5 being fully committed.

The food and drink industry showed the highest level of commitment towards automating their finance department, with a third (33%) of respondents rating their commitment level at 5/5.

>See also: How one CIO left behind a diversity legacy at oil giant BP

It’s encouraging to see the finance department invest in robotics in such a way that its people and processes will benefit, and we look forward to seeing robotics commitment grow across all verticals in the years to come.