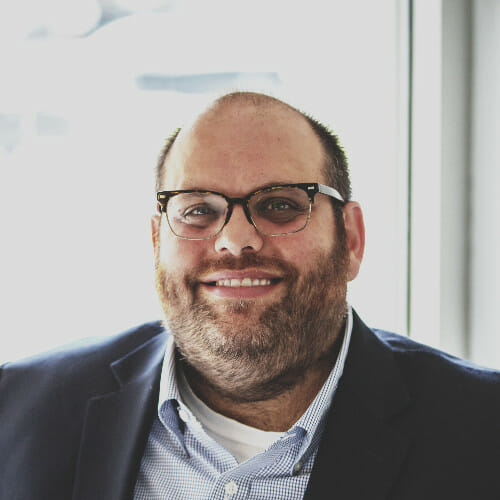 Within the cloud space, AI is being considered for collaboration more and more as the likes of IBM, Amazon and Microsoft delve into this kind of technology. Automated management of hard drive-free data is bound to speed up the process of storage management.

Also, AI, with its need for a large amount of processing power, can thrive within the cloud, which is known for its ability to manage large projects with ease. 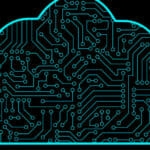 Are the cloud and AI becoming two sides of the same coin?

Cloud adoption is directing enterprises to AI, as vendors offer a growing number of tools and services, without big upfront investments. Read here

But according to Domo‘s VP of Data and Curiosity, Ben Schein, it’s vital that the agility and speed that AI can provide is balanced with integration and control.

To achieve this, Schein said it “comes down to a sense of empathy for the people that have to use intelligence”.

He went on to suggest addressing the fear that some employees feel about AI by making it easily accessible and encouraging feedback.

“If I’ve been running a store for 20 years, for a retailer, I have a lot of knowledge that’s actually valuable within that setting, and if you’re not setting it up to give that feedback into it, then you’re in trouble,” said Schein. 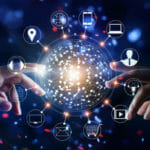 Retail, like any other industry, must leverage technology to avoid disruption. At SOTI Sync 2019, four experts discuss the importance of retail innovation. Read here

“I often use a picture, like the soundboard in a studio. You need to have that configurability, because things will always change.

“At Target in the US, we didn’t know Toys R Us was going to close or what Amazon’s going to do, so if you’re if you’re not building in a way that allows for that configuration and that input, you’re going to get stuck on responding to the business problems you had when you made the decision to invest, not the ones you have in a year, two years or three years.”

The notion that data should be universally accessible links into the often touted idea of data democratisation.

For Domo’s VP of Data Curiosity, however, there are issues still to be addressed surrounding this.

“A lot of our struggles surrounding democratisation come back to sort of issues of prioritization and resource allocation,” said Schein.

“Traditionally, how IT and data in general has usually worked is you have these engineering intensive high-investment activities, to build a database or to build a report or whatever it is.

“When you do that, you end up having to just focus on the largest properties, maybe the top five priorities for a company, and then what happens is you end up with people realising that they asked something and it can’t get done, or it takes six months to do something that feels simple. So they stop asking.

“When they stop asking, you lose that sense of curiosity that inherent need to get and understand data.” 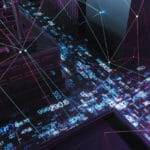 The future of data: how organisations can inspire data-driven business transformation

Data supports all the technologies that are driving digital transformation. But, this asset needs to be nurtured properly if it is to be effective. Read here

To combat this, Schein believes in replacing thoughts of end-to-end with “end-to-almost-end” in order to “change the way you think about delivery in order to empower people”.

More specifically, Schein suggested thinking: “How do I build 90% of what someone needs, but very consciously not finish it 100%?

“Because then I can do 10% here, 10% here, 10% here, and do it in ways that could respond to all those new problems that sometimes are small enough that if I had to invest all the resources of any 10 engineers every time we want to answer a question, then you’re not going to do it. And it’s not a bad decision.

“You look at that, and if you still think it’s expensive, you are only going to do it if it’s a very big value at the end. But there’s a lot of small value out there in the organization.

“It’s sort of like a like the long tail like you have with online assortment. It’s the same thing with analytics, and you have the very big things that are high value that you feel after, but how do you continue down that curve, to scoop up all these little smaller bits of value that add together to be fairly significant.”

Schein went on to explain that the idea of not completing tasks 100% straight away feeds into the cultural dynamics within a workplace.

“Even if the value’s small, if you ignore enough of those little small value things, people just stop engaging with that, or they either just go on hunch, or they dump it into Excel and try their best on their own.

“You need to encourage that kind of curiosity. My title, Vice President Data Curiosity, very much came from that idea of how you keep people curious and keep people asking questions around the data and get them to engage.”