From ballot box to Bitcoin: how Blockchain technology could revolutionise age-old paper voting 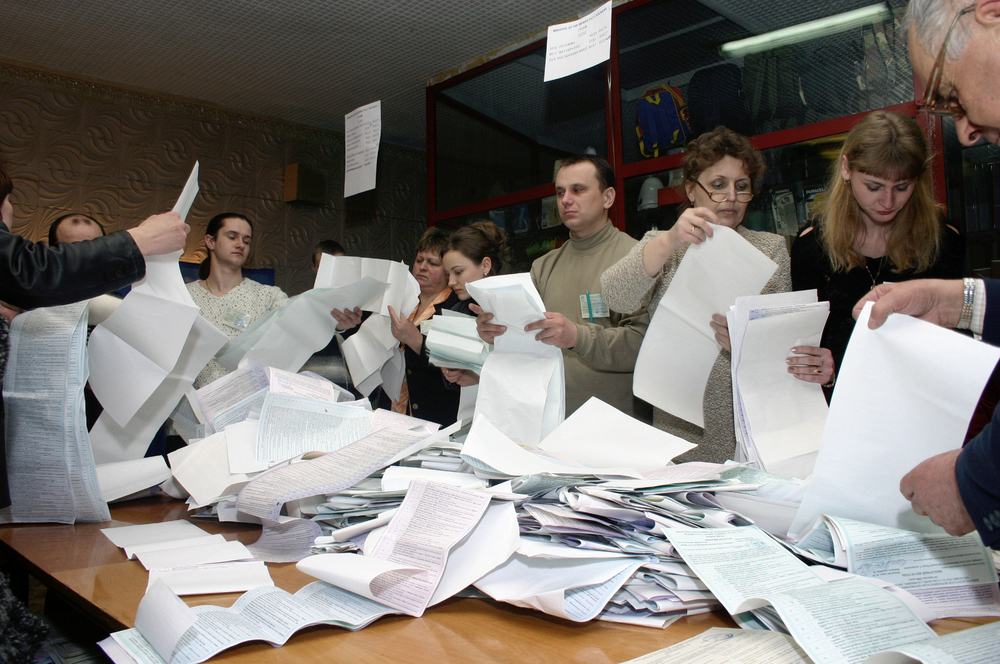 On average, we tend to get a new smartphone every two years. We upgrade to new models which are faster, smaller and lighter than the last. Our laptops are replaced on average every three years to make use of rapidly advancing processor technology.

We populate these devices with an endless stream of apps that re-define the way we work, shop and communicate. We see such an incredible pace of innovation within increasingly digital lives and as we look to the technological horizon it's almost impossible to imagine what comes next.

However, in some areas it’s the experiences of today that enable us to anticipate what will be our ‘Beyond Digital’ tomorrow.

Digital is seemingly everywhere today. We have become accustomed to a digital option being available for almost everything that we need in our everyday lives. Every so often, however, we experience a jarring in that expectation. For many last month’s general was a case in point.

> See also: Can security start-ups save Bitcoin from early demise?

In the digital world of 2015 the UK General Election had the appearance of a pantomime of pencil and paper. As the polling officer ceremoniously assisted you through the cross-checking, form-filling and ballot-posting in your local school, church hall or community centre, you probably felt some sense of discord with the experiences accessible via that smartphone impotently tucked away in your pocket.

National plebiscites are complicated political activities which might explain why change has been slow and why the election process is yet to take full advantage of digital technologies. And yet in a world travelling so fast it is at the wrong end of a rubber band held in place by the friction of tradition. Friction will certainly be overcome by the digital forces massing on the horizon. And none more so than the Blockchain.

We are increasingly familiar with Bitcoin, a new digital type form of currency where the balance of power is decentralised, removing the role of validating transactions from our banks and re-allocating to the crowd.

While on the surface this technology appears to be specialised to the world of finance, the democratising concept that works behind it, the Blockchain mechanism, could also revolutionise the way we vote.

The Blockchain is designed to validate the authenticity of transactions. It does so by a conceptually simple mechanism of ‘chaining’ the transaction records it stores in its ledger. When a new transaction is placed into the Blockchain ledger its record is validated by the previous transaction; like a Lego brick it fits uniquely on top of the brick underneath.

This means that anybody attempting to insert a fraudulent transaction into the ledger would have to amend every single transaction that went before and after it. It’s an immensely powerful way of authenticating a transaction. Or a vote.

The key thing about Blockchain is that it ‘disintermediates’ the validation activity. That means it removes the central function of cross-checking transactions from the process. Validation happens but it is done, essentially for free, by the crowd.

Rather than maintain a complicated validation activity around the electoral roll, returning officers could rely on the power of the Blockchain to check that a vote is authentic.

The entire concept of the blockchain is still in its formative stages and new applications are being found every day. At its core it can decentralise and digitalise any and all centrally controlled process and make them faster, cheaper, more trust-worthy and secure.

As we have seen with Bitcoin and other cryptocurrencies it is already transforming finance, but there are other industries where there is serious exploration of the Blockchain’s potential.

The diamond trade has long been blighted by widespread organised crime through theft, forgery and blood diamonds. Knowing the provenance of a diamond – where it was mined and through which hands it was sold – is key to maintaining value within the market.

Through its chained model of validation, the Blockchain is particularly suited to this job and the diamond industry is already developing and using Blockchain ledgers to record every time the diamond trades hands and revealing areas of potential criminal activity. And it’s not just diamonds. The wine industry is following suit using the same shared ledger approach to track its finest vintages.

> See also: A match made in heaven: why analytics and Software Defined Networking (SDN) are perfect partners

Blockchain is also beginning to appear in the world of public services. The government of Honduras has been exploring how the unique properties of the Blockchain can be employed to handle support its land registry. In a country where land disputes have been violent and large scale, the technology will be used to tackle fraud by maintaining a crowd verified record of every time the land has changed hands.

Today, we are only scratching the surface of the Blockchain, but it is clear that, as with other drivers of disintermediation – how technology removes intermediary steps from transactional processes – it offers significant opportunity to transform service delivery models. When I look ‘Beyond Digital’ to investigate which technologies will shape our future, the Blockchain gets my vote.