The elephant in the living room: rolling out RPA

There is a tendency for companies to adopt RPA in a small way, and then stop: the rollout grinds to a halt. This has led to claims that RPA is overhyped; a degree of cynicism.

Guy Kirkwood UiPath’s chief evangelist put it this way: “Organisations and implementation partners are using RPA as a first step on the digital transformation journey, because it is relatively quick and cheap. They are saying ‘we’ll take you on a digital transformation journey, let’s use RPA to start with to reduce costs, increase efficiency and get you into a digital mindset. What happens though, is that after a certain amount of time, they stall. They have a champion, who spread it through one department, maybe several, say finance, HR and procurement, but how are we going to get it into customer service?”

A number of the experts in RPA we spoke to based their advice on how to overcome this challenge.

According to Greek mythology the sirens, creatures with the appearance of beautiful women, would lure sailors to steer their ships too close to the shore, where their ships were crushed upon the rocks.

RPA seems to be like that. At face value it is easy to use, can be implemented within a department. 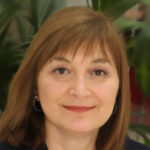 Sarah Burnett, from Everest Group, one of the top analysts in RPA, explains what intelligent automation is and why it can be a massive benefit to enterprises.

Jane Conroy, Customer Success Director at Blue Prism says that “it’s almost like initial adopters think that because the tool itself is so easy to use they think ‘we’ve achieved it, we know what we’re doing now’. And they don’t. Because they have to build the foundations. They’ve understood that they have got a tool that could potentially do something with, but they’ve still got to build a business case.”

Are you ready for RPA? Here’s three RPA tests:

Information Age spoke to Jon Theuerkauf, Chief Customer Advocate for Blue Prism, and he revealed three RPA tests to see whether a company is ready for robotics process automation.

RPA best practice tip two: Don’t do it in the shadows

Chris Huff, Chief Strategy Officer at Kofax, advices that you involve the workforce, those that it’s going to impact, that it’s going to empower, right from the start. “This is change management 101,” he says, “but it’s often these soft things that are missed when you’re doing automation.”

Chris has some specific advice: he suggested creating a short two and half minute video recording the pilot phase. “Start with interviewing the workers involved in the project right at the outset; ask them about their thoughts on automation. Typically they would sit back, cross their arms and they would have a stiff look on their face because they were fearful of the uncertainty. ‘Is this going to replace me, am I going to lose my job, am I not going to be able to provide for my family?’ Then, 45 to 60 seconds in, talk to the same people half way into the pilot, typically after three or so weeks. You often see that they have loosened up, and they would start to talk about the robot like it’s truly a co-worker and it’s helping them out, allowing them to take action rather than, for example, collect data. Then forward wind to the end of the pilot; typically you see the same people “leaning in, smiling because ‘we have just shaved off hours of transactional work’ that they never wanted to do”

Kofax’s Chris Huff, has his own advice to overcome the problem of rollout which is to “design your centre of excellence from day one.” For Chris, the key lies with preparation, discussing RPA and how it will be implemented. “When you start to talk about it, that’s when you start to identify the roles and the responsibilities that people need to play and you start to draw out an implementation plan,” he says. “Don’t think “oh, we’ll get to that in phase two, longer term challenges “absolutely need to be discussed at phase one.”

Blue Prism’s Jane Conroy put it this way: “They wouldn’t have considered training the business analyst on how to understand the capabilities of an automated tool, because they just see it as the same as any other application in IT and it isn’t. It’s not the same. It’s very, very different. And you’ve got to almost have a complete mind shift as an organisation when you’re looking to build these digital workers within your organisation.“

These days, all the key players put emphasis on training — UiPath’s Guy Kirkwood emphasises that it is free. Make as much use of training as you can.

RPA for HR: Ultimate Software may be subject to a $11 billion potential takeover, but it’s core purpose, to provide human capital management to organisations, is undiminished, and its RPA solution is an important part of that. Information Age spoke to Patrick Pickren, Product Strategy at Ultimate Software.

RPA best practice tip five: How are you going to use the tool?

“This is a philosophical and a cultural thing with each corporation, says Jon Theuerkauf, Chief Customer Advocate for Blue Prism. “When I advise customers I suggest they think about reproducing the capabilities that your human workforce has today but inside of a digital platform.”

RPA best practice tip six: How are you going to use the tool? Security and scalability of the RPA product

Security becomes an ever bigger issue as RPA is rolled out across a company. For Jon Theuerkauf, security and scalability are linked, “because if you’re secure, then you can scale. You don’t have problems with your risk department, your compliance department, your audit department, your ops department. Nobody questions because they’re already comfortable that this is a secure product and don’t have to worry about it.”

RPA best practice tip seven: Think about the ease by which the tool can be consumed and used within the environment that you’re putting it into

Returning to Blue Prism’s Jon Theuerkauf: “When you start adding in all the extra components that you have to add in order make a fully automated solution, you have to buy other bolt-ons, the cost goes up.”

Robotic process automation in healthcare: Software bots represent a powerful digital workforce that can work tirelessly in the background supporting doctors and administrators, says Henry Xie, is the CEO and founder at Simple Fractal

UiPath’s Guy Kirkwood says “We do not presume to know everything, which is why we recommend everyone implementing RPA follows a step-by-step guide to implementation produced by analyst firm Everest Group.

“Everest has spent an incredible amount of time producing the RPA play book. It is technology agnostic, and it is by far the best step by step guide, from pilot to pinnacle, where it is spread throughout the organisation.”

This Playbook is available free from UiPath