Skip to content
Home » Topics » Data Analytics & Data Science » Big data – an opportunity or a threat in the fight against fraud?

Big data – an opportunity or a threat in the fight against fraud? 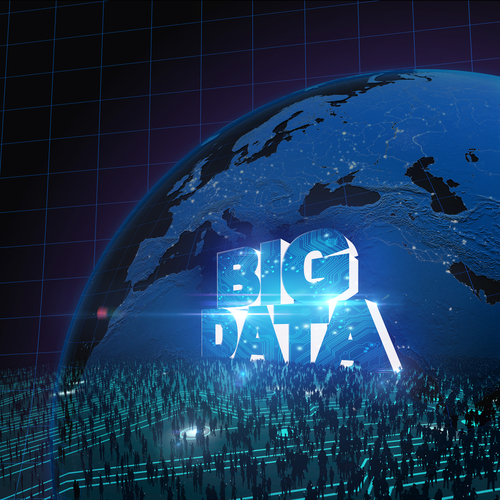 It’s shocking to think that despite the UK losing an estimated £52billion to fraud annually, some businesses still bury their heads in the sand when it comes to confronting the problem, whether it comes from an internal or external threat.

In times when people are rightly lauded as being companies’ top assets, it can be hard to apply some healthy scepticism around their integrity. Worse still, the prevailing view is that fraud is a neighbourhood problem; many executives think that it may happen to the company ‘next door’, but ‘not in my back yard’. Sadly, such complacency often leads to the belief that it’s not worth investing in something that might never happen.

Into the mix now comes big data, which presents both an opportunity and a threat in the fight against fraud: an opportunity if its potential is seized and used, but a threat if ignored as “red flags” become more opaque with increasing volume of data.

Big data, according to analyst firm IDC, is growing exponentially. The digital universe in which we operate is enormous, currently amounting to 1.8 trillion gigabytes and more than doubling every two years. Since 2005, corporate investment in the digital universe has expanded by 50 per cent to around £4trillion.

There is no denying that big data is now part of the fabric of corporate Britain. As businesses create, capture, manage and store information on everything from physical location, communications and supplier ledgers through to customer transactions and buying habits, so the data will become progressively more valuable, both to businesses and also to fraudsters.

With this in mind it should come as no surprise that KPMG’s latest Fraud Barometer shows that fraudsters are moving to more high tech schemes and taking advantage of the data available (although more traditional methods still remain very much alive). Whilst fraudsters adapt and change their behaviour to avoid detection, their actions are rarely without a footprint and this is where careful analysis of big data can help catch the crooks.

Data repositories can often sit in isolation – HR, finance, procurement, sales and so on – but analysis across the spectrum of a company’s data enables far more comprehensive and insightful monitoring of patterns and trends. By writing specific algorithms anomalies can be identified and population outliers that could be indicative of fraud are more easily spotted. An added benefit is that the insight can also drive operational efficiencies.

Following an instance of fraud, a multi-national firm services firm implemented analytics to screen expense claims, successfully detecting a number of fraudulent claims resulting in disciplinary proceedings and dismissals. The algorithms also screen claims that are not in accordance with policy, which has resulted in recoveries of over £150,000 in claims made in error, and are additionally used in providing insight to department heads.

Another example is a body delivering a significant infrastructure project, which implemented analytics to screen supplier invoices and payments. This picked up over £3m of duplicate invoices before they were paid. It also identified a payment fraud, where the fraudster attempted to have a vendor’s bank details changed to redirect funds, thereby preventing a fraudulent payment of £500,000.

These are just two examples of the value of analysing big data. Whilst the amounts themselves were not huge, these issues can quickly drain significant value if frequent.

Why doesn’t every business use it?

Often the problem can be cultural, as a lot of businesses’ energy is rightly focused on the quality and integrity of staff. Fraud may be seen as difficult to reconcile with these messages. However, KPMG’s data shows that between 2008 and 2013, 46% of frauds valued over £100,000 and prosecuted in the UK, were perpetrated by insiders. With an average loss of £5.9 million per case the cost to British businesses is clear. It is not about advocating an atmosphere of suspicion, but rather a clear articulation of expected behaviours and zero tolerance of fraud.

>See also: UK public sector can use big data to tackle £20b lost through fraud

The fact is that businesses are not often geared up to handling the sheer volume and variety of data at their disposal, either for operational or risk management purposes. In KPMG’s recent ‘Going Beyond the Data” survey 96% of respondents admitted that they did not use corporate data to its full potential, with 56% acknowledging significant benefits to doing so. Harvesting data and making it available for analytics is currently the biggest issue we face in actually putting our analytical algorithms to work.

As the case studies suggest, big data analytics is working. However, it’s important to remember that it is not the panacea for preventing all fraud. Right now, it is a young – but vital – weapon in the armoury to fight corporate fraud but while work is being undertaken to advance the reach of analytics, you can be sure the crooks are busy developing new methods to avoid detection and cover their tracks. It’s an on-going game of cat and mouse.

That is why the choice is a simple one: either incur the financial and reputational costs of fraud by not taking it seriously or put in place robust processes, including the tools to fully leverage the data at your disposal.  After all, fraud doesn’t just happen to others; it’s a real and present danger in your own back yard.

Sourced from Hitesh Patel, UK head of forensic at KPMG