Skip to content
Home » Topics » Cybersecurity » Birth of the data states: the rise of an internet global power force

Birth of the data states: the rise of an internet global power force 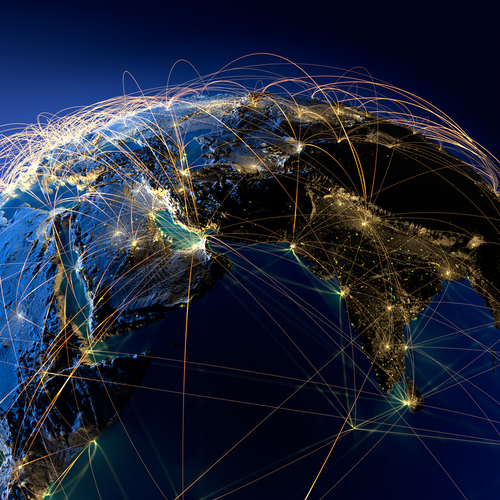 At this year’s Facebook Developers Conference, Mark Zuckerberg announced Anonymous Login, a new way of logging into apps without disclosing personal information from the social networking service. Whilst users may begin to trust the social powerhouse, what Facebook actually gains from the feature is a valuable hoard of data for its exclusive use.

With passing an imposing milestone of 1.23 billion active users per month earlier this year, Facebook is on track to become one of the world’s most powerful data brokers. It wasn’t surprising then when Zuckerberg divulged that he’d phoned Barack Obama directly in relation to online privacy concerns. An accepted inbound call to the Oval Office indicates a VIP status.

Such prominent actions only confirm to many what they were already certain of: we have entered an age where possessors of mass data are now deemed to be actors on the world stage with power that could soon rival that of nation states.

Influence and power are developed by possessing information that governments simply can’t harvest: vast amounts of invaluable personal and behavioural data. The tech giants dealing in consumer data have access to real-time knowledge about their users through active participation: something that governments and international organisations simply cannot compete with.

A prime way to illustrate the level and scope of knowledge would be by taking a look at the Google Flu Trends experiment. Through the analysis of key search term, Google was able to successfully make forecasts around future regional outbreaks of the influenza virus.

No country would have been able to make predictions on this scale without access to the rich data that Google owns. Examples such as this suggest why the world’s most powerful nations are so eager to develop relationships and alliances.

The worrying truth is that there is the capacity for the large internet corporations to go one step further then being influential global players and become more powerful than nation states.

We are already in a domain where data-holding CEOs are elevated above other industries and their ability to skip over international borders means that they can evolve into ‘data states’, facilitating instantaneous interaction and understanding of the population in a way that a nation state simply can’t replicate – all whilst staying unaccountable to the general public.

Human involvement in facilitating such influential development comes from their dependence on the services for modern needs, and as they become more and more reliant on the amenities, they carry on nourishing those data stocks.

In the same way that it is virtually impossible to live without the support of the government, there is a high chance that soon people will find themselves unable to function outside of the data state. Very few people want to live without the life improvements offered by the internet and smartphones.

As modern life becomes more connected, it seems that people’s choices become more limited. It must be remembered that the internet is built on open architecture, and the procedures that enabled the data states to advance as influencers so rapidly can actually assist people in creating personal boundaries, such as deciding how and when they interact with others, and how their data can be used.

What is needed is a new interconnected ecosystem with the assistance of trusted service providers, rather than handing data over to the data states and enhancing their power foundation as data brokerages — a very scary thought. At a small personal expense, people can retain their digital freedom through hosting their own data and controlling their own information and communication channels.

Only recently, Brazil's House of Representatives passed an internet ‘bill of rights’ after being unanimously approved by the senate. The purpose of this ‘Internet constitution’ is to defend online freedom and limit government data, whilst also ensuring ‘net neutrality’.

This achievement comes not long after Tim Berners-Lee, hailed for being the father of the web, called for a global ‘bill of rights’. Brazil has taken a step in the right direction and hopefully there’ll soon be many more countries following suit.

However, things shouldn’t stop there. Internet users must also take control and help build an internet that works for all their security needs.

With data rights at the forefront of internet concerns, media attention has opened up a wider debate and involved many who may not have otherwise realised the full impact.

At this moment in time, people still hold the ability to guide the destiny of their own data; however, they may not have this opening for much longer.