Blockchain technology is the modern cupid 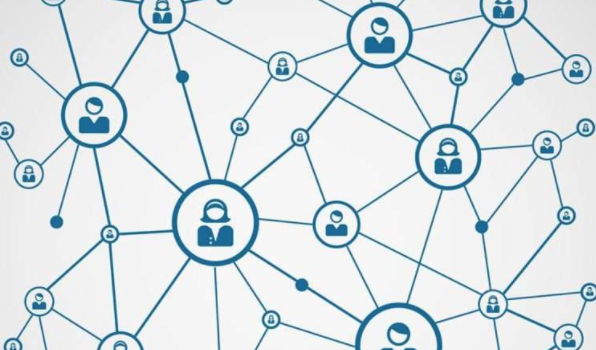 Valentine’s day is some days gone, but companies such as 1-800-Flowers (NASDAQ:FLWS) are set to report gains in Q1 earnings. Love is big business – irrespective of whether you are dating, engaged, getting married or getting a divorce. You can count on some companies (private and publicly traded) to make money off your love.

Global brands have been built around the idea of getting engaged with a diamond ring, and the sheer size of the global wedding industry shows that love does cost a thing.

The National Retail Federation (NRF) has estimated that U.S. consumers will spend an average of $145.56 to make about $19.6 billion on Valentine expenses.

Economic researchers have submitted that dating services have recorded an annual growth rate of 11.2% over the last five years to become a $3 billion market. The industry is expected to grow by another 5.5% annually through the next five years as the Gen Z comes of age.

What has blockchain got to do with dating?

Blockchain technology is probably the most disruptive force of the current decade and no one seems to know how far-reaching its influence could be going forward.

Blockchain technology as utilised by startups such as Ponder, Luna, and Hicky could become the most disruptive force to hit the world of relationships, dating and marriage.

No relationship can survive without trust –  love relationships more than most, need a good dose of trust to thrive.

Blockchain technology is simply trust made digital, because of its incredible ability to create immutable records across a decentralised network of computers. Below are two blockchain companies trying to improve the dating market by leveraging the trust-factor of blockchain technology.

Current dating platforms trust computer algorithms to suggest matches – the problem, however, is that many of those matches are low-quality such that users start to wonder if the dating platform is intentionally matching them with the wrong people.

Ponder believes that people in your social circle understand you enough to know the kind of people you’ll be interested in for a relationship.

Interestingly, Ponder goes ahead to incentivise people to get involved in the matchmaking process by rewarding them with cryptocurrency, which can increase in value, and that they can convert to fiat currencies.

When matchmakers suggest matches and the suggested people agree that that is a good match, the matchmaker earns $10. The matchmaker can also expect to earn an additional $1,000 if the matched couple continues their relationship to the point of getting married.

Going forward, Ponder believes that the quality of its blockchain-based matchmaking platform will have applications in other areas where trust is required for introductions such as roommates, recruitments, babysitting, and business partnerships among others.

Hicky is another blockchain solution that wants to make dating more secure by leveraging the tamper-proof nature of blockchain to make the verification process more efficient. One of the main reasons online dating records low success rate is that users don’t trust the system enough to let down their guards for a relationship to blossom.

Users are never sure about the security of the personal information that they upload on the dating site and they can never be sure that the information provided by their potential dates is reliable and accurate. The lack of trust, in turn, makes the ensuing relationships superficial, unsecure, and unfair.

The blockchain-based nature of Hicky ensures that its platform can’t be exploited or hacked; hence, users are encouraged to provide accurate information that could, in turn, help them find more compatible matches.

Hicky also goes a step further by incorporating the use of biometrics in its verification process to ensure that people are in fact who they claim to be.

According to a study conducted by Pew Research Centre, “one-third of people who have used online dating have never actually gone on a date with someone they met on these sites.” The report also shows that only 5% of Americans in committed relationships found their partners on an online dating platform.