How Britain can solve its critical digital skills crisis 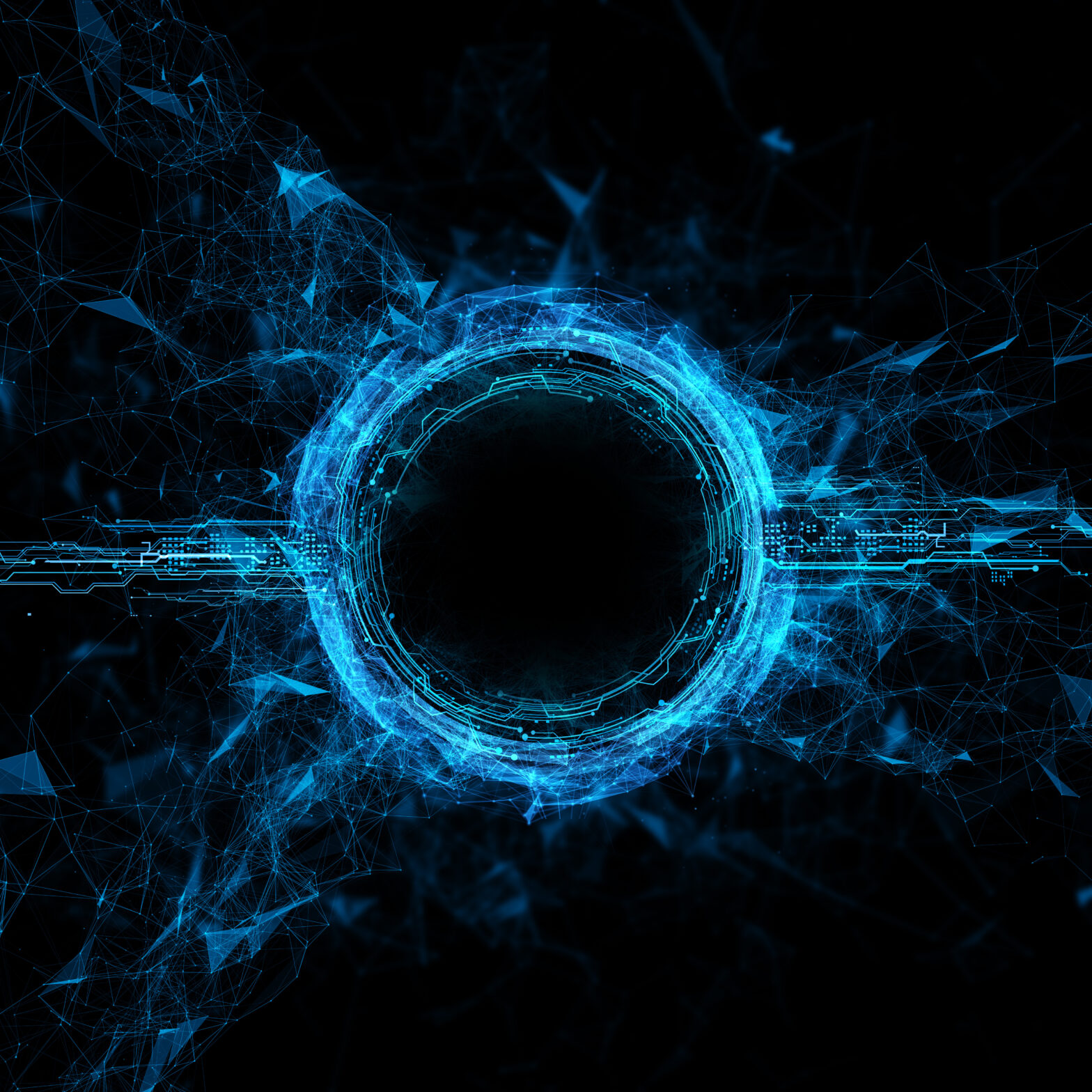 Britain is facing one of its most significant and pressing skills shortages ever. Demand for digitally skilled professionals is growing rapidly, and businesses are concerned that this will only intensify after the UK leaves the EU, prompting a recent £500 million government pledge to address the skills gap post-Brexit.

The technologies disrupting business, such as big data, artificial intelligence and the Internet of Things, are evolving so quickly that the expertise required to embrace them often becomes outdated. This means that even those who have recently gained digital skills at school or university are finding themselves unqualified in the workplace.

A long line of high-profile data breaches has meant that cyber security skills are particularly sought after, with research by recruitment firm Experis showing a 46% increase in demand in 2016 alone. Big data is currently the most in-demand skill, however, rising by 51.7% over the past year.

‘This is only set to grow over the next year as more businesses prepare themselves for the impending GDPR,’ says Martin Ewings, director of regional sales and specialist markets at Experis. ‘Organisations will need to reconsider their data handling in order to comply with new regulations that change how they secure, store and use personal data. With the threat of huge fines looming, we’re likely to see this demand continue
to rise.’

The UK was ranked seventh in the European Commission’s Digital Economy and Society Index, and eighth in the World Economic Forum’s Global Information Technology Report. The skills gap has worsened by 8% over the past five years, according to the Hays Global Skills Index. Engineering UK has warned that 1.8 million engineers will be needed by 2025 to meet demand. Security engineers are particularly high in demand.

According to a report by job marketplace Hired, the number of foreign tech candidates attending interviews with UK firms has fallen by more than 50% since the vote to leave the EU. This, coupled with a rise in demand for tech roles as data becomes increasingly valuable to businesses, means that the gap is getting wider.

Gordon Smith, head of UK sales at Hired, adds, ‘To enable the UK’s digital economy to continue to flourish, government, businesses and educators alike must work together today to close the skills gap. We need to understand that complacency is not an option. The longer it is left, the wider the gap will get.’

‘We are going through a sustained period of uncertainty as Brexit overshadows everything that businesses are planning for the years ahead,’ says Julian Wragg, VP EMEA and APAC at Pluralsight. ‘It’s eye-opening that demand for IT contractors reached a peak in the past month, driven by an exodus of EU tech workers, the NHS’s need for critical short-term support and a wider spike in cyber security demand.’

With a large number of digital businesses starting up and scaling globally from the UK market, Britain is undoubtedly a tech hub. But despite having the necessary funding and bright ideas, recruiting people with the right technology skills is often the biggest barrier to growth for many firms.

Clearly, a lack of focus on technology in education is acting as a catalyst to the nation’s chronic digital skills shortage. In 2016, only 5,600 students studied computer science at A level (only 600 of which were female) versus 31,000 studying sociology.

‘This is appalling,’ says Adam Hale, EVP of Sage People. ‘We may call ourselves a digital nation, but this screams otherwise. To remain a technology leader, we need radical change. It is becoming impossible to get enough technical skills to keep up the development and innovation that the UK market is demanding.’

With only 16% of the UK’s IT industry made up of women, tackling the gender imbalance is an obvious route to fixing the digital skills shortage. Various initiatives – such as Tomorrow’s Tech Leaders Today, a tech careers fair for female graduates, and the Women in IT Awards, the world’s largest tech diversity event – are making an impact, but the government is under pressure to do more to improve teaching and present technology as an attractive career choice from a young age.

‘There needs to be more recognition of technology as an important part of the UK economy, and government strategy must reflect the real demand for digital skills,’ says Hale. ‘Radical action to address the systemic flaws in our education system is at the heart of this. The government needs to impose increased primary and secondary education focus on tech and STEM.

‘If we are to meet the nation’s demand, we should be aiming for a tenfold increase in the number of students studying computer science over the next five years, with females making up at least 30%.’

Besides the education challenge, the ability of tech employers to train their own staff and attract the best international talent is going be a defining success factor for the UK economy in the coming five to ten years.

Any hint that the priority focus is slipping could lead to a significant shortfall – maintaining confidence in the UK as the best place in Europe, and globally, to work and develop digital business is key.

Its importance has already been recognised by the UK government, which has granted a 25% increase in immigration visas for technology workers following the Brexit vote. If the UK is to avoid a serious skills shortage, businesses must place emphasis on training.

This is not just about training young people entering the workforce, but about harnessing the potential of existing employees: known and trusted colleagues who could grow to fill any identified current or future skills gaps.

‘Companies need to increase their investment in training and broadening employees’ skills,’ says Martin Wygas, partner at private equity firm Lyceum Capital. ‘Not only can this mitigate the risk of a potential skills gap, it will also help increase recruitment and employee retention rates. Staff will be more attracted and loyal to a company when they are encouraged to grow and explore new avenues for progression.

‘It’s simply not enough to leave this issue to politicians. The key players in ensuring any digital skills gap is addressed are business owners and leaders. They set the tone in their organisations and inform society’s debate and expectations. Employees have a key role to play too.

‘The more proactive all stakeholders can be in encouraging and funding employees’ training and the birth of new talent and skills within their organisations, the quicker those companies will be identified as the winners in such a highly competitive market.’

All too often, those that do have these in-demand digital skills are looking for jobs in places where there are more opportunities and money, such as Silicon Valley, compounding the already short supply with a brain drain.

Salary levels are climbing for niche skills and competition is increasing for the best staff, with a lot of aggressive recruitment done behind closed doors. This has become such an issue that many technology jobs now come with extensive non-compete clauses that make the movement of skills increasingly difficult.

Particularly within the UK, there is a perception that a career in technology is only for ‘geeks’, or that it’s high-pressured. All too often, young people only hear about IT when there have been system failures in organisations like the NHS and British Airways.

This negative image of careers in technology must be addressed at a cultural level, a governmental level and in education to make technology a more enticing career prospect for young people.

Matthew Smith, CTO at Software AG, identifies four areas for growth in demand in relation to digital skills. ‘The first is data science – people that understand how to manipulate, manage and sift through data to bring about better business outcomes. The second is information exploitation, bringing all areas that a data scientist might work on together to understand how to make valuable decisions quickly. Thirdly, cyber security and data protection – there is a huge shortage of skills in this area. And finally, technology adoption and cultural change management.

‘The digital skills shortage is damaging businesses and the wider economy. We have to be able to compete in an increasingly technical world, especially with the uncertainties of Brexit ahead. It is vital for the future of our economy.’