When it comes to new possibilities unlocked by AI and advanced analytics, little beats the concept of ‘smart cities’ when it comes to capturing our collective imaginations. In essence, the promise of the smart city is that through the use of AI and advanced analytics, entire cities can improve their provision of essential public services such as transport, maintenance, and sanitation.

The smart city would permeate just about every facet of our daily lives in the city. Whether it be improvements to traffic flow, waste collection, or public maintenance, the smart city promises safer, cleaner, and more affordable urban centres with services and budgets used to maximum effect. However, realising the potential of smart cities will require the IT teams at local and national government to review their approach towards networking and cloud storage in order to build effectively for the future.

To be realised, the smart city will require a vast breadth and depth of data to be placed at its disposal. To deliver predictive and tailored solutions, it must be fed a constant stream of data from sensors, networked vehicles, and machines delivering public services. Inevitably, though, this all needs to be stored – while it may not need all relevant data at once, there’s always the chance that historic data may be needed to help develop or train new AIs, or to review performance with analytics dashboards.

This effectively kills stone-dead any idea of building the smart city atop a “traditional” central enterprise data centre. A central data centre’s geographic removal from the places where data is generated and used will hinder attempts at delivering a rapid or reliable service. Instead, a smart city requires decentralised data storage. Decentralisation in this context means that data from a smart city’s devices, sensors, and applications can be analysed and processed locally before being stored in any central server.

The demands for scale also mean that, to be cost-effective, smart cities will also need their clouds to be bottomless; that is, the price per unit of data must be so low that it doesn’t pose any issue when it comes to provisioning and expanding smart city infrastructure. This gives public bodies the ability to store all the data they need without the stress of draining their budget, or having to arbitrarily reduce the data pool they’ll be able to draw from for operations. 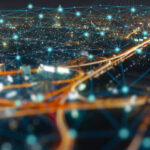 With the fourth industrial revolution well underway, the GMIS Summit in Dubai turned its attention to the concept of Society 5.0 and what this means for the future of society. Read here

IaaS and the smart city

Effectively managing the smart city’s data demands will also require the use of infrastructure-as-a-service (IaaS) solutions. IaaS is an approach to IT infrastructure that tries to ensure end-users only pay for the resources they actually use. Where storage is concerned, IaaS is essential to delivering on the vision of the smart city, since it allows teams to both scale their data use while only allocating taxpayer’s money to used data.

IaaS can deliver something crucial for the smart city’s success: managed, on-demand, and secure edge computing and storage services. Whether it be storage, network structures, or virtualisation environments, IaaS allows teams to scale up provisioning based on current demand while also cutting out the procurement and administrative burden of handling the actual hardware.

Instead, through delegating this work to a specialist third party, local and national governments that want to deliver smart cities can benefit from the economies of scale that make cloud computing so enticing. Additionally, market competition between IaaS providers encourages better services from all angles, including security – meaning that IaaS serves as one of the most effective ways to deliver the smart city both reliably and securely.

Making the smart city a reality

Top global cities are facing massive population growth and thus a surge in their needs. To handle this, it’s essential for urban centres to optimise their use of resources to deliver effective, equitable, and environmentally sound services. To this end, the smart city will be a vital part of making the cities of the 21st century both prosperous and liveable.

However, smart cities require a smart approach to cloud storage. And that requires revisiting the way that cities handle their cloud infrastructure, so as to make them more scalable and efficient. And that’s why IaaS will be essential to the smart city, and thus meeting some of our century’s most pressing challenges.