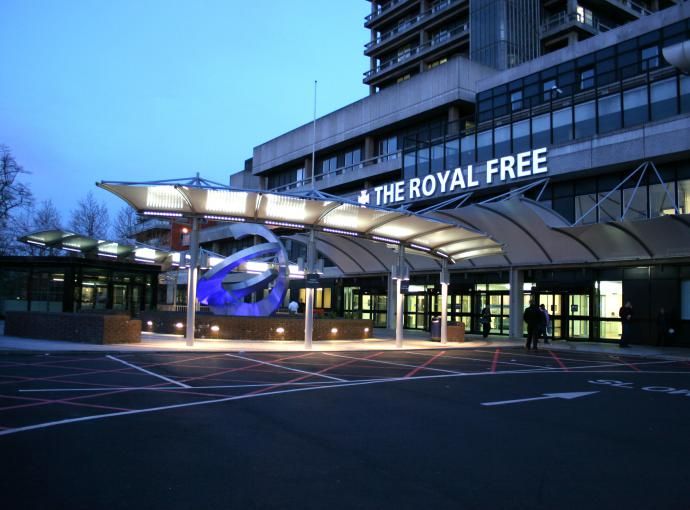 The Royal Free Hospital, one of the UK’s largest and busiest hospitals, will complete its transition to digital patient records two years ahead of schedule.

Among the country’s most famous medical centres, the Royal Free is a teaching hospital located in north London. It offers world-class clinical expertise in kidney, liver and bone marrow transplants, breast and plastic surgery, and the treatment of tumours.

It has achieved a number of ‘firsts’ in the UK, including the first hospital to carry out a liver transplant between a live adult donor and a patient, and the first to introduce a PET scan for breast cancer. Every year it treats around 68,000 inpatients and 500,000 outpatients.

In July last year, Royal Free London NHS Foundation Trust acquired Barnet and Chase Farm Hospitals NHS Trust, making it one of the largest trusts in the UK – with 10,000 staff, including 180 in IT, and a turnover of around £935 million a year.

The digitisation of its medical records is one of the most significant to date in the UK. A paperless health service is a high-profile agenda that has largely been driven by Jeremy Hunt, Secretary of State for Health, who challenged the NHS to go paperless by 2018.

However, this is something that was on the Royal Free’s radar before Hunt entered the fray. The hospital has 750,000 patient files, totalling 300 million images, so there are huge amounts of data that could be valuable in supporting patient care.

So while Hunt’s announcement was a key driver, the Royal Free was already keen to give clinicians faster and more efficient access to patient records.

‘Paper is a very expensive medium, and, of course, it can only be in one place at a time,’ says Will Smart, CIO at the Royal Free Hospital. ‘We wanted to modernise medical records to make sure lengthy case notes are available when they are required in digital format – in order to improve patient care and experience, as well as to drive out some of the costs.’

The Royal Free worked with enterprise information management (EIM) company Open Text to develop a front-end platform for the solution before taking the decision to effectively go live with all services and scan all of its records.

After putting the project out to tender, the Royal Free awarded the £4.5 million digitisation project to MISL, a UK-based bureau and BPO, in November 2013. The project was originally expected to take four years but MISL said it will complete the project this Christmas, 24 months ahead of schedule.

The scanning process began around a year ago. Phase one of the project was about making the legacy case notes available for the system, and the hospital is now working on the live correspondence phase. For example, it has shared drives in clinical areas with things like historical patient letters and test results that must go into the new system. Another phase is optical character recognition, which involves driving content out of the records and then being able to use big data and text analytics.

While much of the work has been outsourced, it has also required significant time and resources from staff at the Royal Free.

Back in the development and mapping stage, it had about five or six members of staff in the project team, but when it went live in November it had 50 or 60 people who were directly working with clinical and operational staff. Today, in phase two, it is back down to around five or six.

Why the scanning of the case notes went a lot quicker and smoother than the Royal Free had anticipated, however, Smart is unsure.

‘We’ve got 80 million pages of notes sitting in the system, and we believe that we’ll complete the scan of those lengthy case notes by Christmas, so considerably ahead of schedule,’ he says. ‘I’m not sure whether we got our maths wrong or MISL were simply able to process higher volumes of notes than we had anticipated.’

Currently, the digitisation is live at the Royal Free Hampstead site, while work on the Barnet and Chase Farm medical records will kick off after the summer.

‘They’ve got roughly the equivalent number of case notes that we’ve got here, so that’s another big project,’ says Smart. ‘The advantage we will have is that the platform element has already been addressed.’

MISL agreed various service level agreements (SLAs) with the Royal Free depending on record type. For archive scanning, it had a five-day turnaround from collection to image upload, two days for day-forward scanning and two hours for accident and emergency (A&E) records on receipt of files at the MISL bureau. Images have been securely transmitted via leased line to the Royal Free’s electronic document and records management (EDRM) system from OpenText.

MISL saw a 20% improvement in operator productivity from using the Kodak scanners compared with older equipment deployed at the bureau, and has comfortably passed having to hit a 0.01% image failure rate to meet SLAs set by the hospital.

Given the Royal Free’s focus on transplant patients – of which there are more than 600 – MISL has done all the scanning of these records on-site using a Kodak i5600 scanner, such is the importance of these notes. Reliability of the scanning equipment is therefore paramount.

‘MISL has been sending us over 500,000 images per day which are loaded into OpenText and made available at the point of care for all clinicians,’ says Alastair Crisp, EDRM programme manager at the Royal Free. ‘We’ve been working to tight margins, so the 20% gain means we’ve hired 70 staff to service the Royal Free account, not 84 – that’s a saving straight to our bottom line.’

On the subject of return on investment, Smart is expecting the project to generate even more value than his original business case had estimated.

According to the hospital’s medical records committee, historically 10% of patient records would be missing when someone came to the hospital. In its latest analysis, however, 95% of patients had records available when they attended the hospital, signalling improvements in availability of notes anywhere in the hospital.

The Royal Free had a large number of staff working on its medical records and physically moving paper around, including a team whose job was to go through all the clinical files to try and find the relevant notes when a patient came into the hospital. These resources will no longer be required once the digitisation is complete.

And it’s a reduction not just in staff that will boost the bottom line, but in space too. Once this is complete, it will clear a large physical area in the building that can be used for more critical functions, rather than simply storing and maintaining medical records.

However significant and time-consuming the digitisation project has been, the acquisition of Barnet and Chase Farm Hospitals NHS Trust has meant that Smart’s IT team has had a whole series of integration activities – particularly at an infrastructure level and application level – running in parallel.

‘IT is critical to that, and we’ve had quite a lot of funding available to help us do that piece of work, so actually we’ve found that the scale of the IT projects team has grown because we’ve been doing more projects,’ he says. ‘There are quite a lot of big, chunky deployments associated with integrating the three hospitals’ systems.’

In October, the Trust is merging Barnet and Chase Farm’s patient administration system so that it has common applications across all of its sites. Following that, it will merge the electronic records systems.

The next 12 months will also see the IT department lead several large clinical transformations in terms of moving other services onto electronic platforms. This includes a new prescribing and medicine registration project, as well as medical device integration to allow the hospital to stream patient physiological measurements straight into the electronic records.

The health industry is rife with numerous digitisation and optimisation projects to make hospitals fit for the digital age. The Royal Free shows how it can be done quickly and cost-efficiently during a critical time of national austerity.