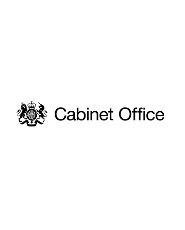 The Cabinet Office says that its Efficiency and Reform Group has cut £249 million from government IT spending in the last tax year.

Savings from "telecommunications, stopping of ICT projects and reduced costs of delivering digital services" added up to £104 million for the 12 months ending in April, while £145 million was cut through "better scrutiny of ICT projects".

The combined saving is significantly more than the target set by the government's IT strategy last year, which predicted £160 million IT-related savings for 2011/12.

It saved almost £500 million by buying goods and services in bulk across government departments, up from £360 million last year. Since the end of the 2011/12 year, the Cabinet Office has agreed pan-government deals with Oracle, SAP and Microsoft, through which it expects to save nearly £150 million over the next three years.

“In 2010 we set up an Efficiency and Reform Group in the Cabinet Office to beef up the government’s operational centre and to ensure that Whitehall operated in a more business-like fashion,” said Cabinet Office minister Francis Maude.  “It’s working well, but we are determined to go even further, because when it comes to spending other people’s money we must always strive to find more efficient and better ways of providing public services."

The Cabinet Office said that the cost cutting measures that have been introduced will be maintained permanently.

According to a report from the National Audit Office last year, the government cut £800 million from its IT spending between 2009/10 and 2010/11. It warned that this level of cuts was not sustainable, however, as major projects such as the national ID programme could only be scrapped once.