Strategies for safeguarding the IT infrastructure 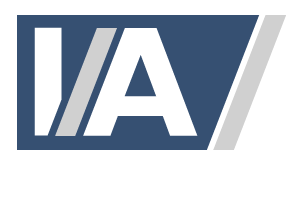 Since the middle of 2005, business leaders have been contemplating how their organisations might cope with a global pandemic of avian flu. Some, like HSBC, have revealed that they are planning for catastrophic upheaval.

The financial services giant is trying to establish the processes and technology infrastructure that will enable it to keep key services operational even if as many as 50% of its workforce is struck down by bird flu. The specifics are not clear, but the IT commitments will inevitably involve a massive ramp up of home working capabilities, and the bank’s use of communications and collaboration technologies.

For many of the delegates at Information Age’s most recent executive roundtable debate, which focused on ‘Strategies for safeguarding the IT infrastructure’, HSBC’s response to the threat was no surprise. “We’re also making plans to deal with a major outbreak of bird flu,” said the head of crisis management at a large financial services group. “Every one of the FTSE 100 are.“

Plans for dealing with a pandemic are complicated by the inability to predict when it may strike and who will be infected. One specialist from a large bank explained how his organisation’s business continuity (BC) plans involved identifying individuals at all levels required to keep the business viable.

“We need to make sure those people will still be available. We’re buying Tamiflu [the antibiotic used to treat those infected with the current strain of the virus] that will be provided to key individuals.”

That indicates how seriously business leaders are taking their fiduciary responsibilities to ensure business continuity – a situation born out of tougher regulation and a greater sense of threat that has followed terrorist attacks.

Lunch attendees highlighted how they had changed their approaches following those events, and now feel better equipped to deal with the uncertainties that arise. “During the 7 July terrorist attacks on London, we enacted our emergency plans,” reported the IT director at a major hotel chain. “Unfortunately, the plans relied on communicating through mobile phones – and there was no network.”

This article is based on a recent Information Age lunch, ‘Strategies for safeguarding the IT infrastructure‘, sponsored by BT. In accordance with the ‘Chatham House‘ rule, attendees at the lunch are not identified in this article.

Information Age hosts monthly lunch debates for readers to share experiences of some of their top priorities in IT today, and how they are meeting those challenges. If you are interested in attending future lunches, please email our events manager, Imogen Craig: icraig@information-age.com.

Despite this unforeseen complication, the hotel group reacted quickly to the closing of the public transport network and the instant demand for rooms: it quickly disabled block booking on its website, ensuring the maximum availability of rooms.

Home working would clearly play a major role in such situations, but that is not always an option. The head of infrastructure at a major investment bank stressed how difficult it would be to sustain operations in the face of an Avian flu pandemic or a sustained terrorist campaign. “We cannot have people trading from home; the Financial Services Authority would never allow it. Our traders require more than just a broadband link and a PC, there is a complex infrastructure that supports them.”

But there are scenarios that mean business continuity plans would not be worth much. “If terrorists explode a ‘dirty bomb’ [containing nuclear material or a lethal virus], I won’t be going into the office in any case,” said one delegate. The damage from such events is partly offset from knowing that competitors will be in the same situation.

“The real nightmare is when the business has been impacted but its competitors have not. In those circumstances, it’s about knowing that we can get key systems back quickly.”