Skip to content
Home » Topics » IT management » Can Samsung beat Apple for that number 1 spot?

Can Samsung beat Apple for that number 1 spot? 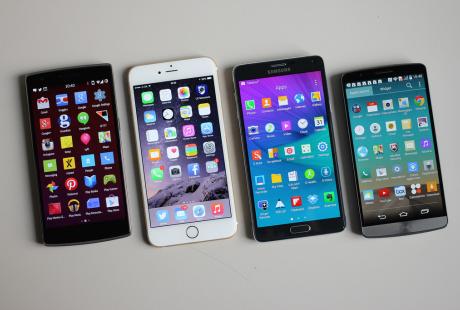 Every business has its iconic rivalries – Steve Jobs vs. Bill Gates, Coke vs. Pepsi – but the latest rivalry to emerge in the mobile tech industry is Samsung vs. Apple.

These two tech giants have been competing for years for the number one spot, and although Samsung is the number one global seller of phones, Apple has dominated in terms of customer loyalty – once you’ve switched to iPhone, there is no going back.

This month saw the launch of the new Samsung Galaxy Note 7, a 5.7-inch screen device which boasts an iris scanner and impressive camera technology.

The announcement saw tech buffs go wild, with headlines reading ‘The Galaxy Note 7 is miles ahead of the iPhone’.

The decision to release the phone in its own event, previously opting to show at one of the major electronics show, is a bold move from the South Korean company, providing a direct challenge to Apple’s iPhone 7 launch.

Apple has dominated the market since its launch, nine years ago. In that time, we have seen a multitude of ‘iPhone killers’ that have been unable to stand up to the popular culture brand of Apple.

Long-time users have been drawn into every element Apple has to offer them, from the accessories to the software, Apple has mastered every aspect of the mobile industry.

With iTunes, Apple Music and now Apple Pay, the software revenue is the fastest growing segment of the tech powerhouse, with the company recognising that the everyday smart phone user is obsessed with apps.

It has proved successful in both emerging and developing markets, with the latest announcement from Apple’s CEO Tim Cook suggesting India will be their next focus.

Dominating the consumer market and making up $32.9 billion of Apple’s $50.6 billion revenue last year, that’s two-thirds of a company responsible for the sale of just one product.

This iconic product has changed so much of our communications behaviours, but will the release of Samsung’s latest device prompt a shift from iOS to Android for the many loyal Apple users?

Apple has been receiving some mixed press recently, with a reported 15% year-on-year sales decrease and rumours circulating that the highly anticipated new iPhone 7 will in fact just be a minor update to the iPhone 6SE with Apple saving their biggest changes for the iPhone’s 10th anniversary in 2017.

One of the rumours is the move to a lighting connector headphone jack. Apple are going to produce a dongle for connecting to 3.5mm headphones which may also include the smart connector to allow charging whilst listening.

This is not very Jobs like and it seems without Jobs at the helm the company is becoming far more slave to the shareholder, rather than the fundamentals of its branding.

The positive reception of the Galaxy Note 7 could prove to be the turning point for disillusioned Apple customers, with UBS reporting that over 200 million iPhone users are yet to upgrade to a handset with a larger screen, a huge base for potential poaching by Samsung.

Although Android has been let down by some bad phones, the Galaxy Note 7 is set to be the golden child of the Android world.

It gives the user a lot more opportunity to personalise their phone with widgets, layouts and apps compared to the rigidity of Apple.

The advanced curved edge screen is miles ahead of Apple’s design, which although well-built and easy to use, no longer provides the user with an exciting experience.

The screen, which comes in range of different sizes, pushes Samsung ahead in terms of virtual reality, the current buzz term in the industry, as it is better supported to go in a VR headset with its impressive and stunning display.

The latest version is also the first major phone release to be waterproof, something that almost everyone wishes had been available for years.

Also with its removable battery, it improves one of the annoyances people have with Apple’s poor battery life and the integrated hardware.

Paired with the high-end camera, which was also featured on the S7 Edge earlier this year, and the option of additional memory, the Galaxy Note 7 is certainly Samsung’s best chance of making a dent on the Apple’s loyal customer base.

Yet despite all the positive attitudes from a tech perspective, it comes down to the ever important question – do consumers care?

Yes, these features are very impressive and will certainly be a breakthrough in terms of making handsets even more compatible with advancing technology in the world of augmented reality and virtual reality, but it is important to remember that the demographic that is willing to pay the high prices to have the latest and greatest hardware is still in the minority.

The phone itself is certainly a contender against the iPhone, with Kanter World Panel revealing that in the three months ending May 2016, the Galaxy S7/S7 Edge accounted for 16% of smartphone sales worldwide and the iPhone 6S/6S plus came in close at 14%, suggesting that until the release of the iPhone 7, there is not much between the two.

With that said, there is still a long way to go before anyone can knock Apple off its number one spot as the leading global brand.

Even if Apple might appear to be slightly behind in terms of technological prowess, it can still be late to the party and come out on top.

Sourced by Stuart Conroy, founder and CEO of Activ8