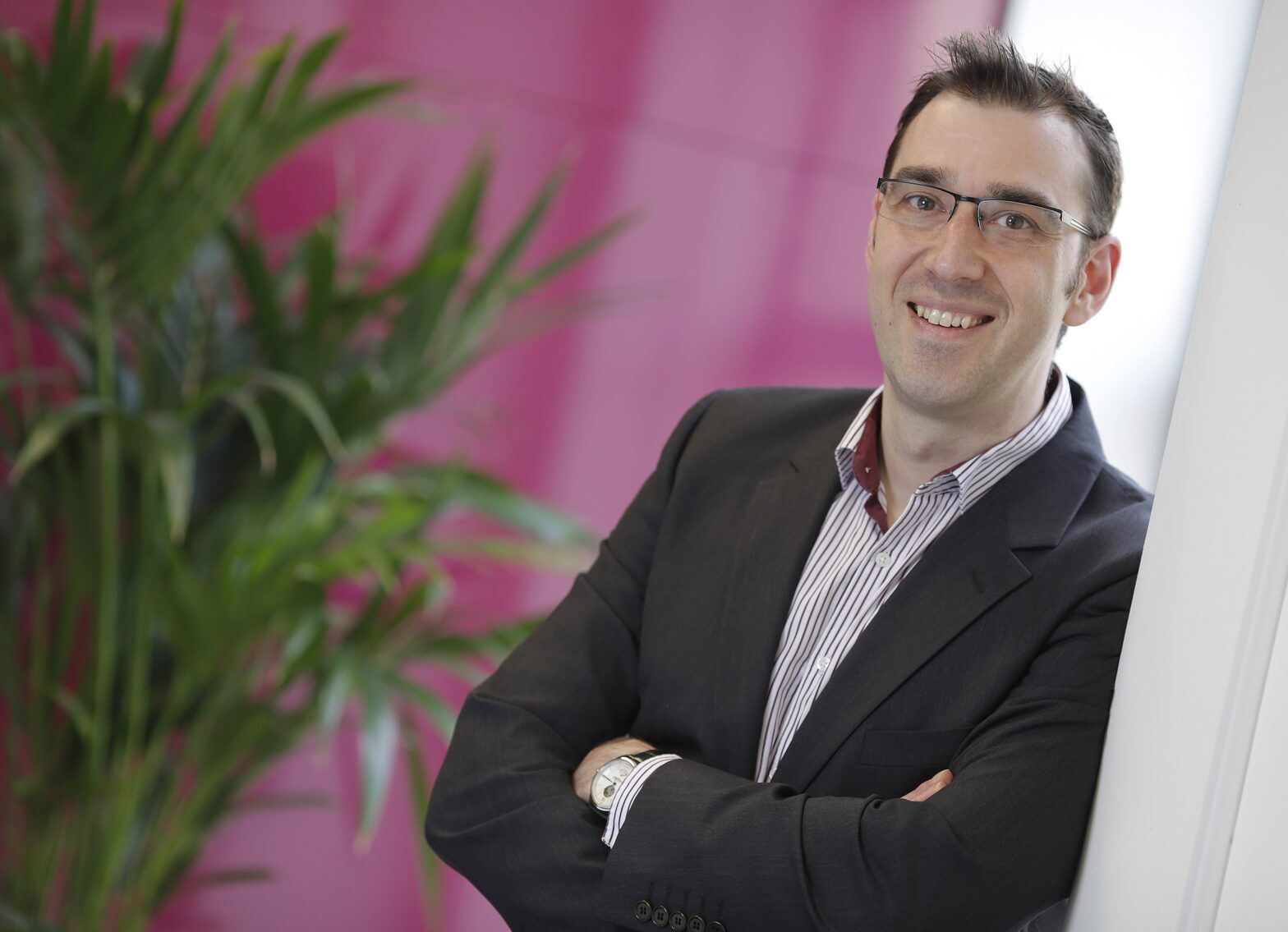 As consumers increasingly expect instantaneous, personalised digital experiences in every aspect of life, banks and credit card companies are no exception. Customer expectations, as well as an increasingly complex regulatory environment, have formed into a perfect catalyst for digital transformation inside financial organisations.

But it’s an industry that is traditionally seen as quite conservative to change, with vast amounts of heavily regulated data sitting on creaking legacy infrastructure, penned in by often archaic regulations.

And as some in the industry have learnt, today’s tech-savvy consumers can smell a superficial makeover a mile off – digital transformation has to go deeper than just bolting on new offerings to existing core systems and calling it a day.

When Rob Harding rose up the ranks to become UK CIO in 2010, banking giant Capital One was a company still in recovery from the recession, and risk-taking change was very much on the back-burner.

It was around 2013 when Harding put his foot on the pedal of digital transformation and the business started to look at a formal strategy of investing in innovation.

‘During this phase, we started to look at ultimately getting a lot more sophisticated in terms of how we envisage products and get them out to market,’ says Harding. ‘We started thinking carefully about the intersection between finance services and technology, and how to play with that intersection. The company was really founded on that basis, but the sheer growth of new technology out there meant that we could look at how we apply those to really shape how we work and the type of products we go after.’

> See also: The right side of disruption: why digital transformation is the new kingmaker

In classic terms, the strategy utilises the combination of people, process and technology, building great engineering, product and design talent in-house and reducing the reliance on third parties and licensed software.

Underlying this is a commitment to a radical change in the infrastructure layer, with the bold philosophy of not building new services on top of old infrastructure. Like many in the industry, Capital One had become great at adapting the tools that were already there, but it had become a stretch. So the company took the radical step of beginning the move from onpremise third-party data centres to the public cloud.

‘We asked ourselves what our technology would look like built on more of a service and API basis, and how we would get there in small increments,’ says Harding. ‘We have set a very high bar in terms of breaking new ground – ‘no new stuff on old’ has become a big mantra for us. We potentially want to move to 100% cloud in the next five years, so it’s very important to use every change opportunity to move us closer to our target architecture.’

For a financial organisation to achieve this is no mean feat, but Harding believes that the wealth of benefits for the organisation and its customers far outweigh any risks. Being a highly regulated financial firm, Capital One has approached the move to cloud with a higher degree of caution, having spent a lot of time weighing up the pros and cons.

In addition to the encryption the public cloud offers, Harding is also looking at how to create the firm’s own tokenisation solutions, to provide an additional level of security.

The firm has involved all stakeholders interested in the journey to cloud, to make sure that they approach it in a very well-managed way.

‘We strongly believe in the innovation velocity benefits that we will get from the public cloud, such as much faster provision of services, greater speed to market, and better availability and elasticity,’ he says.

Financial services can be quite a seasonal activity, dictated by spending patterns, so the elasticity of cloud services is also a definite driver. ‘Last, but definitely not least, cloud allows us to be more forward-leaning in our approach to technology,’ Harding adds. ‘It means that we can attract the engineering and product talent we need to the team, particularly graduate joiners who have become very familiar with cloud platforms. We can offer them that opportunity to leverage these kinds of platforms in their career.’

Previously, Capital One’s IT team were working in a classic waterfall way, but decided they needed a much more responsive business where IT could make decisions and take ideas to market themselves.

Therefore, in 2014 they began to adopt agile methodology. In 2015, Harding switched this on across the board, and all product design moved to agile.

‘2016 has really been about an optimisation of that,’ he says. ‘On the technology front, a number of things became very important: getting deep technical talent within the team, as well as starting to look at how open source could play a part and how that informs the culture, and how to work with different lines of business across Capital One to share code. Agile is a very important part of that journey.’

‘Lots of people talk about agile, but I really feel that we have gone all-in: it’s the way we run our business now, the way we solve problems and challenges. We have moved to an organisation that allows innovation to flourish, and the path from idea to getting into the hands of the customer is a lot shorter.’

On the back end, being more agile has allowed the organisation to go through a process of taking all of its existing systems and rebuilding them through the lens of service and API-led architecture, bringing various new product ideas to customers much faster.

One interesting product it put to market in 2014 was QuickCheck: a web-based tool that allows potential customers to assess whether they would be eligible for a Capital One credit card.

‘Once we launched that on our own website we built it in a way where we could effectively provide that service to partner organisations that we were working with via API,’ Harding says. ‘It’s a good example of underwriting as a service or through an API. That’s how we are starting to envisage a lot more of the tech we build ourselves.’

The organisation is also making some pretty significant investments in big data, or what Harding internally calls ‘fast data’. When he first joined the Capital One IT team in 1999, the data warehousing team was focused on how to capture, store and analyse data in a batch environment, so typically the data seen by analyst teams would be 24 hours out of date.

‘What we have seen over the past few years is a real shift towards becoming much more of a real-time analytics business,’ says Harding. ‘Those realtime data flows between our internal teams and our partners are not just part of the operational process but we are looking to capture a lot of the analytical insight in real time.’

‘I think the next shift for us is how we can make use of that data in real time too. It’s a very evolving piece.’

The firm has been running pilots for the past 18 months on Hadoop and exploring other similar tools in AWS. But the thing that really excites Harding is the technology on the market around data streaming.

‘Up until now, a lot of the big data focus has been on optimising the way we underwrite credit decisions, offering the right products to the right customers,’ he says. ‘Where we are going next is not only using data to make our underwriting great but we are also looking very closely at how we can use it to optimise some of our customer journeys, as well as the customer experience.’

‘We have a real test-and-learn culture here, and the ability to capture and use that information in real time is really going to accelerate our ability to test and learn and offer better products to our customers.’

What has made the greatest difference in the process of digital transformation has been the organisation’s willingness to embrace radical change.

For some groups it has been an incredible change – Harding says his technology group is now almost unrecognisable from what it was in 2013, and will continue to grow as he focuses on talent acquisition.

‘We have brought some incredible people into the team,’ he says. ‘Some of our senior engineers just joined from Amazon.’

Another thing Harding has enjoyed about the transformation process is how change has emanated from the technology group and extended out to the rest of the organisation.

> See also: How can the banking industry compete with Google and Amazon?

‘The tech team is very much the epicentre for that change, but in time it has gone to every single corner of our business, and it’s the way our business is run now. It has been a truly businesswide transformation,’ he says. ‘We have reshaped the tech group to be a lot more engineering focused, but joined it up really carefully with great product and design activity. Products we are creating have got the input from the technologists, designers and product groups to make them pretty special for our customers.’

Since its inception, says Harding, Capital One has always been a place that has embraced change, but this particular change has been extremely far reaching and unlike anything that has happened within the organisation before.