The changing face of e-commerce in 2015: are online service vendors ready? 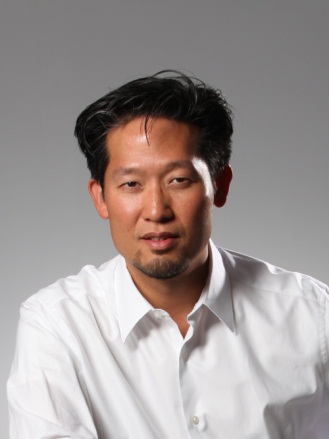 A sea change to ecommerce is on the horizon- according to new EU tax regulations coming into force, from January 2015, online businesses will be charged VAT based on where their customers buy the service, and not where the vendor is based.

As ecommerce expert Mike Ni, CMO of Avangate explains, this could mean big problems for cloud-based service providers, who will need to effectively rebuild their ecommerce systems according to the tax rates of each 28 member state. If they are unable to comply, sweeping penalties could hit companies hard.

Ni, who is helping over 3500 online businesses prepare for the new regulations, believes these changes force many technology companies to rethink their commerce strategies. But despite all the discussion around the various new EU laws looming over the business landscape, readiness among online service vendors is still lacking.

'In a nut shell,' says Ni, 'in 2014 it's been all about where the vendor is located, where your domicile is, but going forward it will be all about the location of the shopper. How do you charge the online shopper correct amount of tax? Well vendors will have added complexities.'

'They will have to detect the shopper location and provide at least two pieces of evidence that they've identified the shopper correctly. This will mean checking IP location, and also the billing address against the IP address for instance. These two new pieces of information alone require a whole bunch of changes for vendors. The rules will level out the playing field, though there is still a lot of confusion around them.'

Added to this, the growth of subscription, freemium and free trial payment models are changing not only the way online-base companies sell, but how they manage compliance laws.

'For UK companies that don't know what to do, the risks are quite high,' says Ni. 'Complexity is also quite high- not only will vendors have to look at the different layers. Payment processors started with just one-time payment models so how do you treat a subscription vs. a one-time transaction?'

'There is a shift happening that everyone has to respond to, because products are becoming commoditised and everything is becoming available almost instantaneously, consumers are not only demanding what they get and when, but how they pay for it.'

Instead of just buying products one off, shoppers are forcing vendors to 'earn the right' to monetise a long term relationship with them. A recent report from Avangate highlighted that almost half of consumers refuse to purchase online subcriptions without a freemium option.

And these models are evolving to offer consumers ever more customised and seamless service experiences- most recently, taxi hire company Uber announced it is teaming up with music streaming service Spotify to have customers' Spotify accounts linked to their car hires, so they can have their personalised playlists on the go.

'For online vendors it's increasingly now about trying to maximise a payment over time, and create that long-term relationship,' says Ni. 'Buyers are now in control- they don't own a car, they don't own music, all they do is get a service around delivery of that product, and that's what they're paying for. It's becoming a service economy.'

> See also: Why do retailers still not see mobile commerce as a priority?

'Because of this vendors are hitting a 'payment wall' where managing subscriptions and the upgrade and downgrade process of a long term relationship, where it becomes much more complex than their existing payment systems can handle. The effort to manage that is just an exponential ramp up costs, and the complexity of EU laws will be just one part of that and becoming 'modern' with your monetising experience.'