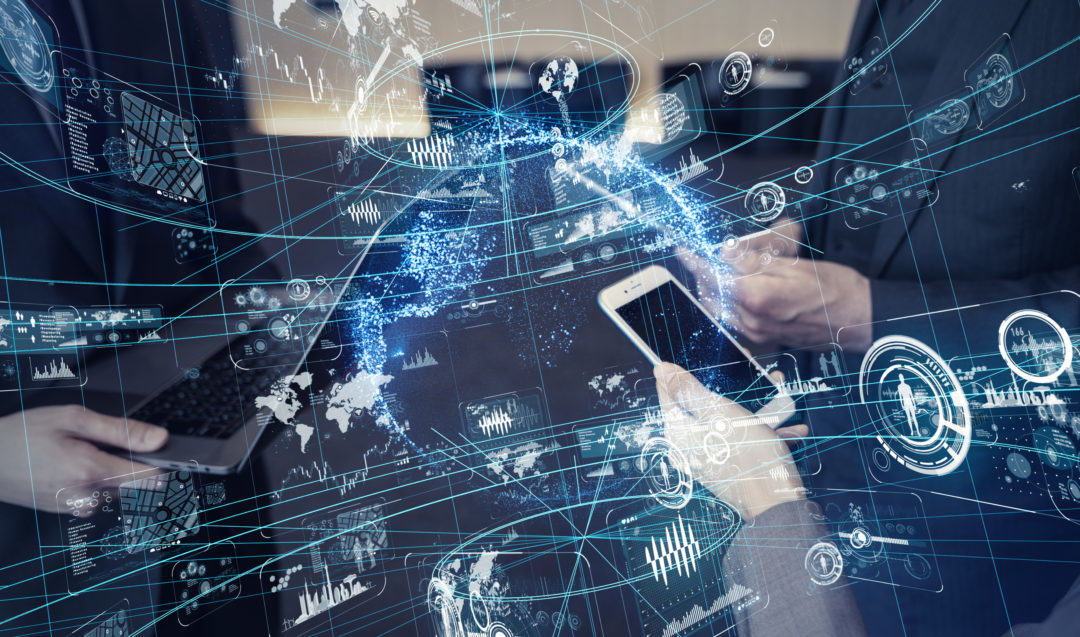 On 8th November, Caroline Carruthers and Peter Jackson will host the first event of its kind focused exclusively on an emerging member of the c-suite: the Chief Data Officer.

At a time when data has never been so sharply in the spotlight, the Chief Data Officer role encompasses total responsibility for an organisation’s data strategy – from putting in place measures to ensure things don’t go wrong, through to compliance with regulation such as GDPR and drawing the most amount of insight and competitive advantage across the business. It’s a lot of responsibility and on the CDO’s shoulders potentially rests the future of the company.

A trend is emerging, with organisations like Vodafone, Addison Lee and Dyson creating new CDO positions in the midst of what is termed the ‘data revolution’.

Part 1 focused on defining the role of the CDO, why it is emerging and what skills are required to succeed.

Interested to learn more, in Part 2 Information Age speaks to Caroline Carruthers (CDO at The Lowell Group), Peter Jackson (former CDO at Southern Water, now Director of Group Data Science at Legal & General) and Graeme McDermott (CDO at Addison Lee) to find out about the common challenges of the role, how to ensure quality datasets and what the role will look like in the future.

What are the common challenges you come across in your role?

Peter Jackson: There’s a number. And I think that anybody in this kind of role would recognise these. The first challenge is legacy: legacy IT and legacy systems and legacy business processes. A good example of that is the lockdown situation. We have data lockdown in operational technology; or the other example is where you’ve got data proliferating everywhere and you’ve got spreadsheet hell.

I think some of the other challenges are culture, trying to change the culture of an organisation to value its data and to understand that data ages like fish: if you don’t look after it, it goes off very quickly. GDPR has been a big help to us there in that education process. I think the other challenges are potentially a lack of skills in the marketplace, trying to find data engineers, data scientists; they’re in heavy demand at the moment.

Caroline Carruthers: I think the biggest challenge is that the role is still evolving so a lot of organisations are still trying to figure out what it is and what it does for them. And a lot of the work we do is about trying to create that professionalism so we get to a point where we don’t need to worry about what a chief data officer does any more.

But there’s a lot of expectation, so you tend to find either people that think the chief data officer is going to solve all their problems, and we did find that a lot, especially around the GDPR stuff where organisations were hiring chief data officers and then believing they didn’t have a problem with GDPR. Or, the other side of it is that they don’t really understand what they’re doing with the chief data officer but they kind of think they maybe need one. It’s almost like the picnic table at the end of the big table, they’re not really sure what to do with it. I think a lot of chief data officers are finding their feet in the role; they need to establish what it is they’re doing for that organisation to get over that hurdle as fast as possible.

Only a third of businesses are harnessing customer data to improve customer experience and drive commercial success, according to SAP. Read here

Graeme McDermott: Most companies that bring in a CDO generally think they have a problem with their data in some shape or form. So maybe they think it’s not governed, it’s not centralised, they’re not getting very good value from it, all sorts of different but common reasons. The thing that I’ve experienced here, and that I’ve experienced in my previous roles, has often been a bit of chaos, a lack of order, a lack of governance, which has led to bad exploitation, inaccurate analysis, maybe incorrect views. And also, maybe even wrong analytical projects being progressed and championed because actually they didn’t really understand what was more valuable: should you do this project or that project with data? No one really understood which one had more value, which one you could operationalise and drive, whether it’s top-line revenue or bottom-line profit. The challenges in other enterprises surround sorting out the basics, getting the foundations and then build on it.

Someone made a comment recently at a presentation I was at where they said the CDO role is still in a transformation stage. That’s not just the role evolving, but actually they’ve been brought in, more often than not, to transform a data function. If you look at the work that Peter did at Southern Water in the last 14—15 months, for example, the organisation was completely unknown on the data landscape to being very well-known in wider industry. 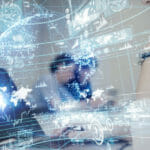 The Chief Data Officer Part 1: Case studies from those on the frontline

How can you ensure data quality?

Peter Jackson: The starting point is to understand your data lineage and understand where the data is moving across the business, which applications it’s moving between and what transformations it’s undergone on that journey. So you can then understand the quality of the data that’s going into a machine learning platform or into an algorithm for AI.

Often what a chief data officer will do when they first land is a big piece of data discovery, data lineage, is start to understand the data models in the organisation, and then put some metrics around data quality. So you can actually then measure if data quality is degrading or improving as a result of IT changes or system changes or any data cleaning exercises that are going on.

Solving the data quality conundrum: how to go from big data to trustworthy data

Caroline Carruthers: This is something that’s a real hobby-horse for me at the moment. I think that the potential at the moment is incredible. I think all the stuff around machine learning, AI, everything else that we’re doing, the potential is just absolutely mind-blowing. However, if we don’t have the right kind of data going into it, we’re building a house of cards. So for me, a lot of the work that we’re doing around data is to get the foundations right, to get the basics right, to make sure we can really capitalise on all the fantastic stuff that we can do. At the moment, I’m absolutely convinced that our capabilities are just limited by our imagination. And as a result, if we can get the basics right, we can then move our imagination forward.

So for me, the data is the foundational piece, so it’s about making sure that everybody buys into using data as an asset, because if you convince people that data is an asset and they need to treat it like an asset, then you have a whole army full of people in your organisation who will look after it as if it was money or infrastructure. In which case, it’s a lot better than having 10 people shoved in a corner, just doing data science on their own.

Graeme McDermott: When I joined Addison Lee they had bought some good tools. What they had struggled to do was implement them well and that was partly because of the people, but also because of the data. They hadn’t really got the data in an organised way, structured, it wasn’t very clean. And so I could see that if you sorted that bit out, then everything you downstreamed from there would be good.

So rather than try and run and implement the tool over some bad data, just so I could produce something, I was given time. Maybe I was lucky that there wasn’t a drive for me to show an outcome over night, it was more correcting what had already been done. In previous roles, sometimes we were building out something new and people were impatient to see something. So you have to be very careful that you don’t build something on shaky ground and then they say that’s great, can I have more of that tomorrow. And you suddenly realise that actually you haven’t really built the foundations, you haven’t built it in a scalable way.

What will the role of the CDO look like in the future?

Caroline Carruthers: For me, I think it will be a really well-established part of the c-suite. The roles, if you track what happens with the c-suite, that have longevity and become very well-established roles, are the ones that are based around a corporate asset. So obviously I would say this, but because the CDO role is based on a corporate asset, I think within two to three years we will be in a position where companies wondered why you wouldn’t have a chief data officer.

Peter Jackson: I think the future role is going to lead more and more towards advanced analytics and data science. I think that we’ve got a big hump to get over in terms of data management and making our data accessible, but once an organisation has cracked that, making its data accessible, and well managed, I think then the future CDOs will be more into that value-added. And you might then find that the nature of their title changes slightly into a chief data science office, or a chief analytics officer.

Graeme McDermott: I think what’s driving the role of the CDO is the market demand and that market demand is coming from companies that are either expanding their remit or deciding that they want to have a CDO. I think the danger with that is you could really stretch CDOs. They need focus.

To give you an example, I was approached about a role recently where somebody wanted you to be FCA-approved regulated data governance, and they wanted them to be responsible for data science. And I said so what about the bit in between? So analytics and BI and all that sort of stuff. They said no, no, that’s not the responsibility, that sits somewhere else. I said well that’s not a proper CDO role. You’ve created a role and called it CDO, but that’s not a CDO role.

I think you’ll start to see it evolve that companies will put that demand on it, but the market in terms of the resources available, and with the right skill set, may actually not be able to support the breadth of demand they’re putting on it.