Skip to content
Home » Data Privacy » Up close and personal: taming the personal cloud in the workplace

Up close and personal: taming the personal cloud in the workplace 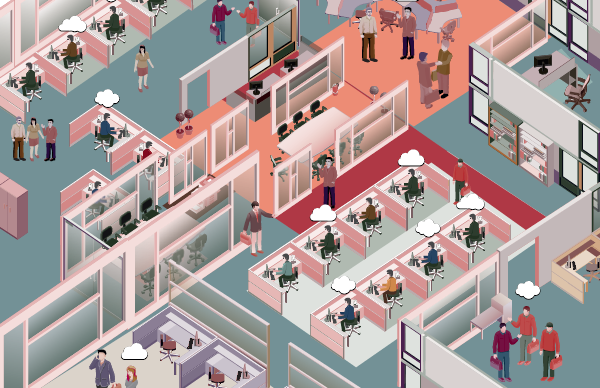 Analysts may record 2014 as the start of the era of the personal cloud, but many businesses would testify that it kicked off long before.

Personal cloud services like Dropbox and Google have been causing CIOs headaches for several years now as employees seek to utilise such consumer services in the workplace.

However, while personal cloud, and its bring-your-own-device (BYOD) partner in crime, is nothing new, the jury is still out on a uniform solution.

The specific device no longer matters to users; they want their digital content to be constantly accessible, mobile and housed in sleek, sophisticated apps.

‘This is illustrated by the millions of people using Dropbox to share and store pictures, or the legions of fanboys who purchase every product Apple creates, so that they can access the information they need from the device that is closest to hand,’ says Paul Steiner, EMEA managing director of Accellion.

As vendors have raced to offer organisations solutions to these problems, an industry-accepted solution has yet to stick – and nor has the answer to whether BYOD should be allowed in the enterprise in the first place.

Indeed, many people have recently bashed BYOD’s place in the enterprise. But the growth of the personal cloud highlights the move towards a more device-agnostic app store approach, where employees are able to use and access their own cloud in their daily work environment.

‘Personal clouds were once a manifestation of the development of self-service IT, and perhaps are evidence that BYOD has gone mad,’ says Simon Townsend, chief technologist for Europe at AppSense.

So perhaps a change of tact is required. Rather than trying to solve the issues that personal cloud is causing, organisations should examine the reasons that employees are using these services in the first place.

Indeed, a similar problem lies with the so-called ‘shadow IT’, as lines of business bypass IT to build their own solutions. CIOs could benefit from tracking the core of these problems, as opposed to treating the perpetrators as enemies within.

Frankly, such issues appear to indicate an unfulfilled demand for IT services, which can only be fixed with a complete mind shift on the part of the CIO.

‘Corporate IT organisations need to understand that just because they are providing supply it doesn’t automatically mean that they are meeting demand,’ says Stephen Mann, senior product manager at ServiceNow.

‘So as to whether personal cloud is here or not, I’d be surprised if less than nine out of ten knowledge worker-type employees aren’t already using non-corporate cloud services even beyond the oft-quoted storage-type offerings such as Dropbox, Google, iCloud, Microsoft OneDrive or something like Evernote.’

Searching for an answer

Employees who consume personal cloud services at home have higher expectations of their IT systems and the way that services are delivered than ever before.

Not addressing this within the enterprise can lead to some serious problems. Banning such applications once they’ve already become prevalent in the enterprise is not the answer and will only result in reduced productivity.

Besides, it will only lead to users finding a way around it so that they can continue to do their job in that way.

On the other hand, continuing to allow it creates a security risk with regard to the flow of information or data, lack of control or regulation of shared information, and loss of ownership of information assets.

With that in mind, CIOs have to turn to vendors to find an answer. But with so many different solutions out there, any confusion is understandable.

‘Enterprises need to acknowledge and accept that a truly integrated system extends beyond their traditional boundary, and ensure that the IT strategy caters for this,’ says James Bambrough, chief architect at Fujitsu UK and Ireland.

At the core of this solution is the fact that CIOs need to rethink application and service delivery.

This requires a different look at the provision of IT centred on the firm need for a service brokerage model which gives users choice and flexibility.

‘The change here is around full engagement with the business – understanding the needs and choices across all the users, having flexibility around what they are using, and finding ways to support this within a secure framework,’ says Jo Laking, Cisco’s UKI cloud leader.

As CIOs rethink how they control users’ access to corporate apps and data, without having to lock down every device, they must move away from device-based management and embrace a people-centric computing strategy as the foundation of their application and service delivery.

‘It is important for CIOs to look at managing people and data across all devices and platforms, rather than managing multiple instances for each user on each device and platform they use to access this cloud,’ says Townsend. ‘The IT department can then remain in control of any corporate data no matter where the user is, what device they are using or what IT services they are consuming.’

With all signs pointing towards the data deluge continuing, it’s becoming harder to monitor end-user experience, so businesses need to be confident that they have access to all the information in order to achieve a well-rounded picture of an application-performance problem.

In order to maintain control in a personal cloud environment, organisations require a significant amount of insight into the behaviour of their users.

‘It’s imperative that they are able to get a feel for how users’ applications are performing on different devices and operating systems, and how that is impacting on network resources,’ says Brent Lees, senior product manager at Riverbed Technology.

With every cloud of course comes a silver lining. In other words, this new era should be viewed not just as a challenge for IT, but an opportunity.

The evolution of personal cloud services undoubtedly brings to the forefront commercial ventures, which are able to up the level of assurance and offer integration under a service level agreement.

‘In order to make such services commercially viable within the enterprise,’ Bambrough says, ‘vendors will employ multi-tenancy solutions to increase the density of consumers on the platform, and therefore reduce the cost per user of operating the service.’

Furthermore, some are debating whether Microsoft client licences are necessary if the user is purely using the cloud, suggesting that SMEs could potentially sidestep licensing requirements by moving to a virtual environment.

As services transition to the cloud and the client device transitions from a fully operational personal computer to a dumb terminal, many users will see an escape from the costs and bottlenecks of a client operating system.

‘By jettisoning the client device, they can massively reduce the requirement for processing power because they are no longer reliant upon the functionality of the dumb terminal,’ says Paul Somerville, practice manager at Auriga. ‘The organisation then stands to benefit from a hugely increased client hardware lifecycle.’

Delivering such a people-centric IT approach requires seamless identity management for all applications and across all devices.

Previously, businesses turned to on-premise software, but personal cloud, BYOD and the number of applications outside the firewall mean that this is no longer sufficient.

‘We live through our phones and tablets, from instantly messaging friends and sharing information or photos to getting directions or answers on the go,’ adds Mark van der Linden, Google enterprise country manager for the UK.

Instead, CIOs should also look for features like the ability to open attachments in the browser, mobile device management (MDM) and two-step verification.

Cloud-based services like Google Apps mean that there are no software or patches to install, so employees are always using the latest, most secure version.

Storing information in the cloud also ensures that employees do not need to store sensitive documents on USBs sticks and laptops, which can easily be left in a taxi or misplaced.

Personal clouds will only continue to gain in popularity as the younger generation of employees enters the workforce. 2014 is not the year that this began, but Gartner is certainly right that it is the year that the PC is replaced as the main source of access.

Hopefully, it will also be the year that CIOs really start to take notice of the fact that a strategy must be put in place to prepare for this era.

Before they know it, Generation Y will be Generation Z, who won’t touch any business still stuck in Generation X.

Cloud brings application integration out of the shadows

What the experts say

‘The consequences for the enterprise are huge. Up until now, IT departments have been primarily concerned with the physical presence of the device itself, rather than looking at the processes needed to facilitate the use of these devices. Not only do users now expect to be able to use an app for most tasks, but they also expect a seamless network access, wired or otherwise.' – Gerry de Graaf, VP Central, Northern and Eastern Europe, Alcatel-Lucent Enterprise.

‘With the technology tides turning, we’re firmly in the ‘post-PC’ era. The fact is, ‘BYO’ is no longer just a trend, it’s inevitable – nearly a third of the global workforce use three or more devices, work from multiple locations and use many applications, and this is only set to increase, especially with the growth of wearable technology and the Internet of Things on the horizon.' – Steve Hughes, cloud specialist, Colt.

It’s a game changer as the days of the Windows-only PCs are over. As the rise of BYOD, CIOs have to implement new strategies to handle these devices while keeping their data and applications secure. To stay competitive, businesses will have to accommodate employees to maintain productivity levels and attract new employees.' – Scott Sims, sales director, 2X Software.

"Whichever personal cloud solution an organisation chooses, the golden rule is to set a clear mobile working policy first and ensure that all users understand it. ‘A key element should be to prevent the user downloading and storing data. If the organisation wants to allow data to be downloaded, it becomes the user’s responsibility if they lose the device, and they need to be made aware of the consequences and their responsibilities. It would also be useful to have a suitable end user device backup policy in place to ensure that if the device is lost or damaged the data is stored and recoverable.' – Richard Blanford, managing director, Fordway.