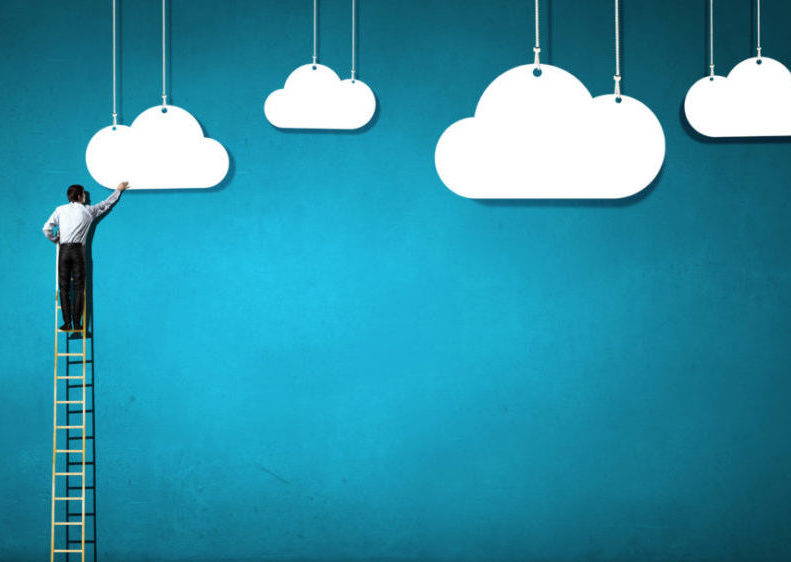 The differences between general cloud computing and its “edge” and “fog” computing offshoots have stymied even many professionals since their introduction.

But when it comes to general consumers, IT developers, data analysts and corporate networks, there are clear advantages to choosing one or more of these implementations. They serve different functions that are ideal for different environments and circumstances, even as they complement each other.

Below is a rundown of these three “layers” of computing types plus several practical applications for each one.

Will innovation lie in the cloud, on the edge or elsewhere?

Innovation is crucial for businesses looking to remain relevant and stave off disruption, but where will these breakthroughs lie?

The three ‘layers’ of computing

As mentioned, the terms “cloud,” “edge,” and “fog” represent three layers of computing:

It’s visually helpful to think of them as layers because each one builds on the capabilities of the previous layer, and each one provides analytical intelligence that’s closer to the source. What source is that? In manufacturing, it might be a factory floor with connected production equipment. In an IT landscape, the source of actionable data might include company routers and employee terminals.

So what is fog computing, exactly?

Fog computing effectively “decentralises” computational and analytical power. It sits between your local equipment and mobile devices — equipment with limited processing power and storage, in other words — and provides a way to sift through streams of information from these and other components in your IoT.

You can get a better mental image of fog computing by thinking about driverless automobiles navigating a city block. If the vehicles, their sensors, and their controllers are the “edge layer” for a city’s smart transportation system — we’ll get to edge computing in a moment — then there are likely micro-data centres alongside mesh routers and cell towers that serve as the “fog layer.”

Fog computing isn’t quite as decentralised as the edge, but it does further reduce the amount of data transferred across the network or upwards into the cloud layer. It facilitates communication and collaboration between the “nodes” in the edge layer. In the example above, the nodes are the driverless cars.

The sky’s not the limit: analytics in the cloud

So, what about a useful application for industrial purposes?

An example related to business would be an automated inventory system that “sits between” multiple warehouses and factories in a supply chain. Here, the fog layer might serve as to “check and balance” material, equipment and supply levels across multiple locations and automatically trigger re-orders or cross-shipments.

Fog computing represents an important intermediate step that governs how much, and what type, of operational data moves past your organisation’s devices and local area network and into the hands of decision-makers — or, ultimately, an industrial-level cloud data service.

In this way, fog computing can help tamp down on bandwidth usage — and even slow down your need to engage in costly upgrades — as well as help keep your IT infrastructure running smoothly.

Here’s another example that will soon become applicable anyplace with an electric grid. “Smart metering” is when local data centres are deployed alongside power generation facilities and transformers to gather and transmit information about the local electric grid. “Smart grids” controlled in this fashion, by fog computing, are more resilient when it comes to limiting the effect of blackouts and makes it easier for engineers to pinpoint problems when they crop up.

With each step down from the cloud layer to fog computing and eventually to edge computing, the “intelligence” apparatus — the thing doing the information processing — gets closer to the source of the data.

So, with edge computing, the intelligence and analytics occur on individual machines, workstations and mobile devices on local area networks.

It’s things like automation controllers in factories: smart devices that operate the equipment, flag maintenance items and shunts incoming data “upwards” toward the cloud and company decision-makers. Data received by this fog layer, or by an industrial data scientist at the cloud-as-a-service layer, provides insights into the current state of operations and helps produce better forecasts.

Here are three more examples of how edge computing can be deployed to your advantage:

Together, fog and edge computing have helped us create a huge number of brand-new tools for consumers, businesses, data scientists and IT architects to use to great effect. You might’ve noticed we skipped over general cloud computing somewhat.

Let’s remedy that by jumping back to the top of the hierarchy with a brief look back at the recent evolution of cloud computing, along with the opportunities and new professional specialisations it’s helped create.

Applications, pitfalls and choice: Things to consider when adopting the cloud

Walid Negm, CTO at Aricent, provides some advice on adopting the cloud: what applications run best, the pitfalls and what cloud is best

But what about ‘the’ cloud?

When people talk about cloud computing, it’s often with an air of mystique or confusion — but all it really refers to these days is internet connectivity. Maybe that’s a little reductive, but consider what we were working with before. A single factory, business location or consumer device used to be an entirely siloed device. It might contain useful data, but extracting it from these isolated systems was a difficult task before cloud connectivity became more accessible.

New business startups these days, not to mention younger generations who were brought up with omnipresent internet connectivity at their fingertips, probably aren’t that impressed to hear about the cloud’s early days.

And yet, in just a few short years, access to cloud-based connectivity tools has completely changed the game when it comes to industry and commerce.

Now, even companies with modest budgets have access to servers and cloud-based analytics that can help pool computing power and keep the many moving parts of their business in constant contact with one another.

Some go so far as claiming cloud computing has levelled the playing field in business by allowing startups to launch without a lot of cash, expand more quickly and seamlessly, and generally compete more effectively with players who’ve been in the game longer and have had more time to expand and diversify their infrastructure.

Computing Layers for Every Need

That diversification of IT infrastructural technologies resulted in the layers of cloud computing we’ve just gone over.

The result has been an explosion of new opportunities for professionals and companies of all kinds — not to mention a broad selection of disciplines, and undeniable job security, for data scientists, IT specialists, analytics experts and more.

Whether your operation builds (or hires) general cloud infrastructure of your own or you choose to employ more specialised tools like fog and edge computing depends on your needs and your ambitions.

If the playing field really is “level,” there’s never been a better time to seize these tools as a competitive advantage.