Close collaboration to continue between Ireland and UK tech scenes 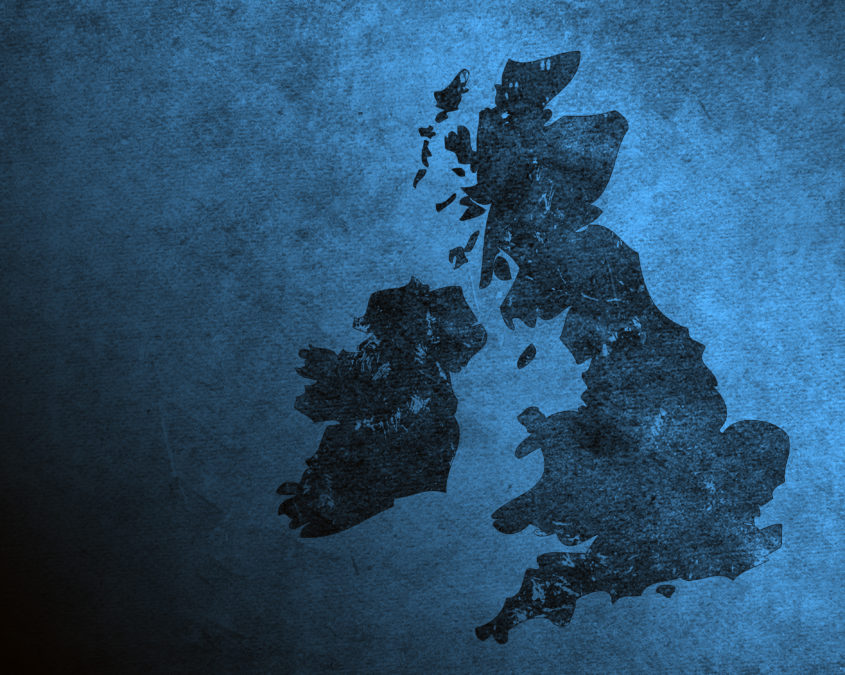 The Irish tech industry is forecast to grow more than 20% in 2018, with revenues across indigenous Irish IT services and digital sector expected to reach 3.5 billion euros.

This news comes after Information Age announced that nominations are open for the inaugural Women in IT Awards Ireland. Technology in Ireland is one of the country’s most vibrant and exciting industries, but it continues to be blighted by one disheartening issue: where are all the women?

With just under 19% of Ireland’s tech sector being female, the Women in IT Awards programme has come to the region for the first time to highlight the women in technology paving the way.

“Enterprise Ireland is the government body that enables Irish businesses to scale and export to achieve a global ambition,” explained Padraic Geraghty, market adviser for Enterprise Ireland in its UK office. “We provide investment and so we’re the third largest seed investor in Europe for set-up companies in Ireland and then we have a large presence of overseas offices to help them scale and grow within markets.”

“Enterprise Ireland is very pro diversity and pro female entrepreneurship. With our investment in start-ups, we’ve established a theme of entrepreneurship, and last year, of all the start-up companies we invested in, 35% of them were women.

“So, we definitely see the value in initiatives like the Women in the IT Awards Series, and Enterprise Ireland continues to push for much more diversity and encouragement of female start-ups and females in the tech industry.”

Ireland: One of the leading tech capitals in the world

Enterprise Ireland is aiming to help harness the country’s entrepreneurial spirit and enable Irish digital technology businesses to scale and grow in the UK.

Ireland is one of the leading tech capitals in the world with nine of the top 10 US technology companies, including Google, Facebook and Apple operating there. According to Geraghty, “30% of those companies are creating products in Ireland, so that’s having a huge impact, and a beneficial impact on our tech ecosystem. We’re seeing people develop large capabilities and indeed, we’re seeing the tech industry set to grow by a further 20% in 2018. So it’s certainly seeing lots of positives and with a fast-moving sector, we’re obviously seeing lots of growth within that.”

As a result, 70% of the companies Enterprise Ireland invested in, in the last year were digital technology companies. “We’re certainly seeing that the tech industry is quite strong in Ireland,” continued Geraghty. “We’ve got a number of research centres and R&D centres across our universities as well, and development within the tech sector in Ireland is growing.”

Close links with universities are important for any thriving technology hub. Indeed, just last week a new university was announced, the first-ever tech university in Ireland.

In addition to Dublin’s Silicon Docks area, there are large clusters of tech activity in Cork, Galway, Limerick and Waterford. Apple has been based in Cork since 1980 and has recently invested €850 million in a new data centre in Galway.

At the same time, Amazon, Etsy, Zalando, Groupon, PayPal, AirBnB and Uber are all based in Ireland, along with IT household names including Siemens, HP, Intel, Dell, Microsoft and Symantec.

Representing the gaming sphere, this includes EA, PopCap, Riot Games and Zynga, while key cloud service pioneers include Adobe, Dropbox, Salesforce and SAP also have centres in Dublin and Galway.

Irish companies export to 100+ countries globally, but the UK remains its most dynamic and important trading partner. As such, collaboration between both the UK and Ireland is beneficial for both economies.

“I think there are great opportunities to continue the collaboration we’re doing, and opportunities for further collaboration,” said Geraghty. In particular with the start-up area, where 70% of Enterprise Ireland’s invested companies were digital; they see the UK as the first trading market. “The UK is our number 1 trading partner and will continue to be so, because our tech companies see that as an export market,” explained Geraghty.

“This is highlighted by a company I’m working with currently called CitySwifter; it’s a smart mobility company using IoT centres and data analytics to optimise bus transfer networks. They took part in the catapult for transport accelerator in Milton Keynes. As a result of the good work they were doing they, they were accepted into the Wayra telephonic accelerator and they are now taking part in the CityVerve project in Manchester, the IoT in the city.”

“For me, that’s a really great showcase for how Irish and the UK can collaborate together. Through the work CitySwifter were doing in the Wayra accelerator, their technology was highlighted as changing people’s lives for the better, due to being able to optimise public transport and really make people’s lives a lot easier through more optimised and better public transport systems.”

The impact of Brexit

Given the political and trading uncertainty surrounding ‘the deal’ around Brexit, it is natural to wonder whether this will impact the close collaboration between the UK and Ireland.

“From Enterprise Ireland’s Ireland’s point of view,” said Geraghty, “we’re the export body and we definitely see our relationship with the UK as our main trading partner. It will continue to be the same.”

“We’re delighted to be working closely together and more determined to uphold our close trading partnership with the UK. Even just a couple of weeks ago, our export figures for last year were released and our exports to the UK are up 4%. We’re still seeing a really positive relationship trading with the UK, despite Brexit, and we’ll certainly continue to do so.”

“We have a global ambition footprint,” concluded Geraghty. “We’ve a plan out by 2020 to increase exports to the UK and to global markets.”