TDX, which has been involved in Japanese railway industries for 100 years, and Mitsui, which part-owns Greater Anglia, are providing a digital twin software package to help Greater Anglia plan the region’s rail timetable more efficiently.

“We’re delighted to be working with Greater Anglia to deliver enhanced train timetabling through the use of our Digital Twin technology,” said Noriyasu Okitani, President of TDX. “Along with Mitsui and Greater Anglia, we have successfully demonstrated the role of AI and machine learning can play in delivering more accurate and efficient train timetables, which in turn deliver improved customer convenience and satisfaction.

“We now intend to accelerate the deployment of CPS technology in the sector, with plans to expand the range of services we provide and examine the role solutions such as Digital Twin can play in optimising rolling stock and crew plans, railway maintenance and more.” 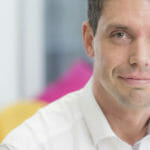 CTOs on our Doorstep: Trainline CTO on prioritising the customer

Information Age is on a journey to meet the different chief technology officers in and around our base in Old Street; what defines their role, what it takes for them to succeed, what challenges do they typically face and more

After the privatisation of railways in the UK, the train operation and infrastructure management became separated. Work for creating train plans is extremely complex since multiple railway companies use the same railway track infrastructure to provide services. Since the large-scale railway delay problems which occurred in other parts of the UK in May 2018, the nation’s train operators have encountered increasingly strong demand for more accurate railway operations.

With the establishment of this partnership, simulation and modelling engines based on the technology cultivated within Toshiba’s railway business will analyse and conduct simulations under various conditions, and subsequently provide Greater Anglia with new knowledge in order to assist the creation of more advanced and robust timetables.

“Our work with Toshiba and their Digital Twin system is really exciting for Greater Anglia and their customers. The system will enable us to build better timetables delivering better performance and reduced journey times based on the excellent practices used in Japan and beyond,” said Keith Palmer, head of performance and planning at Greater Anglia.

Artificial Intelligence: the possibilities and the threats posed