Converge and conquer: The growing force of converged infrastructure 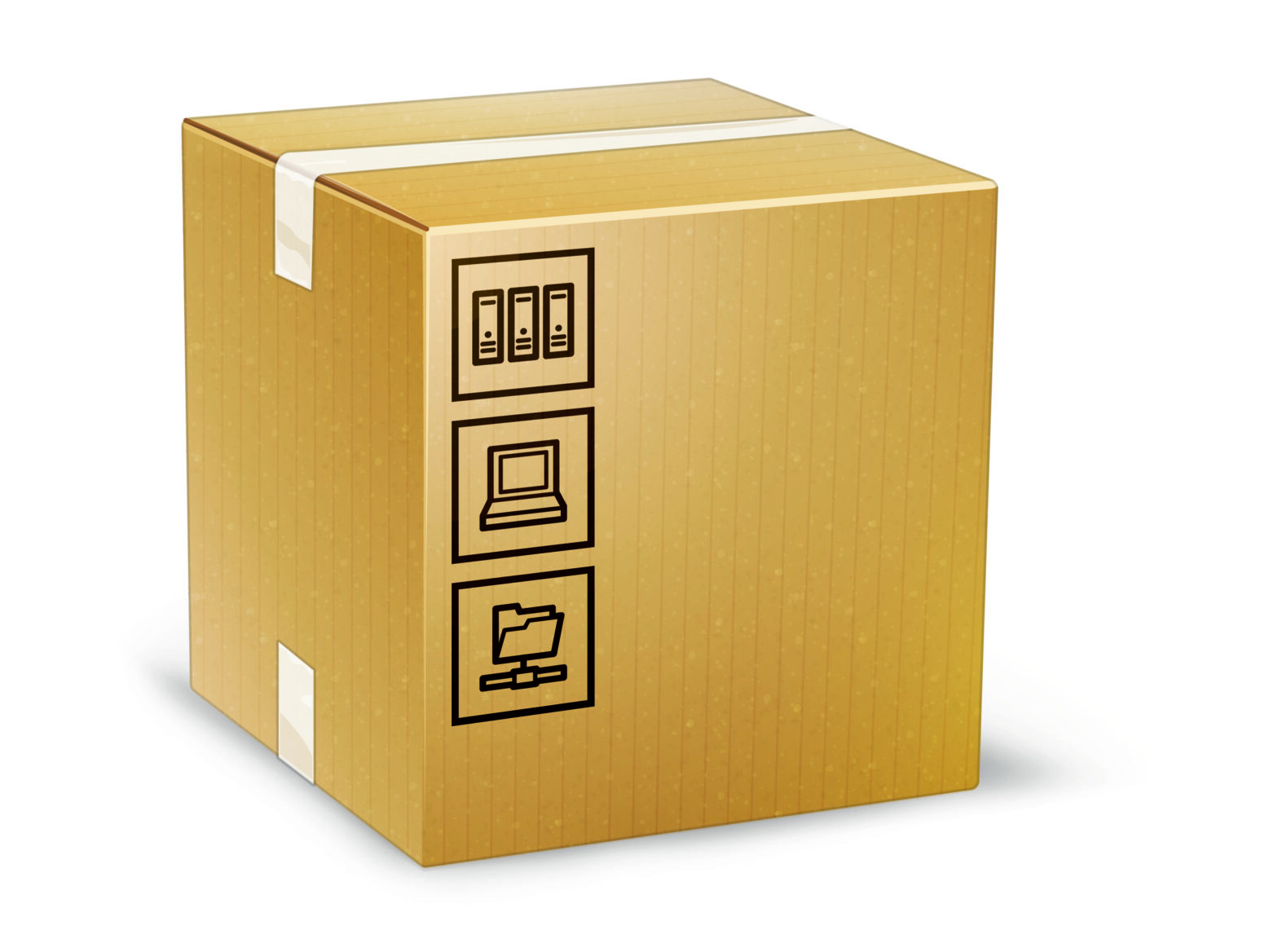 As the influence of hardware continues to decline in parallel with ever-increasing software capabilities, converged infrastructure (CI) has emerged as a beacon of light for the IT power vendors who still rely on sales of their storage, network and server equipment.

The solution – which sees the components of storage, computing and networking delivered together in one box – has proved popular with organisations wanting to improve agility and cost efficiency, as well as ease the complexity of their data centres.

Industry analysts speak optimistically of the trend, the latest of which being IDC’s revelation that the market jumped 108% in the third quarter of 2013, topping $1.4 billion. This is a tame figure, however, compared with the $17.8 billion it expects the market to hit in 2016.

According to Gartner, although today over 90% of the worldwide $80 billion data centre hardware spend is still on separate systems, the integrated systems sub-segment is growing very fast – by over 50% in 2012 and 2013.

‘They estimate that by 2015 one third of all servers will ship as managed resources integrated into a converged infrastructure,’ says Clive Freeman of HP Enterprise Group, which is one of only two vendors able to offer all the components of the solution itself, the other being Dell.

The rest of the players in the market offer their solutions through collaboration with partners in order to provide a complete CI stack. VCE, which leads the market, was formed as an alliance between EMC, Cisco and VMware, while EMC and Cisco have also partnered with Lenovo and Juniper Networks (EMC), and NetApp (Cisco) for alternative offerings.

How stable are these partnerships? ‘Only time will tell,’ Freeman is inevitably eager to state, ‘but CIOs need to bear this in mind as they evaluate these models.’

Dell’s head of enterprise marketing for Western Europe, Paul Larson, identifies a customer to highlight his company’s own capabilities in the market.

Travel search site Skyscanner, he boasts, has moved away from hosted IT resources to build new converged data centres to support its growth through the increased efficiency and streamlined management.

Although Larson admits that many companies have yet to adopt due to a lack of awareness of the benefits or a reluctance to let go of familiar traditional infrastructures, he believes that CI will progressively become the norm.

The UK specifically is leading this charge as enterprises large, medium and small across the country have gradually realised the TCO benefits of implementing integrated systems.

For SMEs that need to run data operations on-premise but perhaps do not have the resources for a dedicated data centre, CI solutions are of obvious benefit.

Similarly, large enterprises with multiple global locations will also find value with a CI solution, allowing each branch to handle its own data requirements – a valuable asset given the varying data demands and environments across the world.

‘The reduced amount of IT support required will benefit any business, especially in times when operational and support budgets are under threat,’ says David Poskett, vice president of enterprise for the UK and Ireland at Huawei Enterprise Business Group.

Kalyan Kumar, chief technology architect at HCL Technologies, adds, ‘Within the UK, large utility companies and service providers are some of the major consumers of CI, and considering that CIOs are strategising to reduce costs, the big organisations will show more favour towards CI.’

And VCE’s EMEA CTO, Nigel Moulton, confirms that the UK has jumped ahead as the leading adopter of CI solutions in Europe, with a particularly strong uptake in the service provider and systems integrator markets.

‘The UK market adoption for CI has been strong, with enterprise organisations across many verticals deploying CI systems,’ he adds.

Is CI the answer?

The rise of converged infrastructure has largely been driven by enterprise data centres running out of space, and fresh thinking about what data centres will look like in the next decade.

Traditional IT infrastructure silos create bottlenecks that cripple quality of service and increase operational costs due to slower workload deployment and more room for error.

‘Capabilities that result from automation reduce the costs, delays and potential errors associated with current manual processes,’ says Larson. ’Automation makes it much easier to quickly bring together the compute, storage and network resources necessary to provision a new application or service.’

Indeed, integrated systems typically accelerate deployment and reduce risk for the customer, which count as key benefits in constrained environments that can often take many months to bring together server, network and storage components, and test and validate interoperability ready for production use.

‘The key for the customer is adopting these technologies and benefits early, to drive competitive advantage,’ says Laurence James, UK products, alliances and solutions marketing manager at NetApp. At Loughborough University, NetApp’s FlexPod has helped save $3.6 million in data centre costs.

‘Unified storage efficiency can be driven by one set of tools and processes,’ James says. ‘This drives efficiency, simplification and improved resource utilisation, and it is typical to use 50% less storage through the intelligent use of the storage virtualisation features.

‘The value is that CI enhances IT flexibility and investment protection as the architecture is adaptable and scales easily without design changes. This allows staff to focus on revenue-generating activities and strategy rather than “keeping the lights on” activities that often absorb so much time.’

Furthermore, as the OpenStack platform continues to develop at rapid pace, a hybrid solution is becoming an increasingly attractive option for many.

Converged IT solutions allow for rapid and flexible deployment of private cloud infrastructure without the need for a large-scale dedicated data centre facility.

This kind of converged IT solution can be installed at branch locations globally, ensuring fast connectivity.

‘If further global point-of-presence, scalability or compute power is required, public cloud services can offer these requirements seamlessly if the same platform, such as OpenStack, is being used,’ Poskett says.

‘This can ensure that organisations do not over-invest in infrastructure and are able to utilise public services as and when required.’

Easy on the CAPEX

Despite the vendor chants that CI saves costs, many have been put off of deploying CI because of the considerate capex investment required.

With the popular uptake of cloud and managed services continuing into 2014, some question the financial logic behind making a significant hardware purchase.

Freeman of HP, however, advises CIOs not to look at capex costs as the only consideration of a CI investment.

‘CIOs should look to support from independent analysts as well as their vendors to build a well-founded TCO case for CI deployment, and solve any capex problems in creative ways,’ he says.

‘IDC estimates that converged infrastructure can cut time to provision applications by 75%, and reduce downtime by 97% – these kinds of savings need to be factored into the model, as well as more tangible opex savings.’

According to Roger Holder, field marketing manager at Fluke Networks, to deliver the required ROI, the converged infrastructure has to be managed to a set of performance KPIs that take into account the increasing performance expectations of all stakeholders.

While IDC has indeed been keen to highlight the capabilities of CI, it also confirmed in another report that financial constraints and a lack of access to the required capex have led some organisations to use third-party data centre services.

The question therefore remains: will this trend continue in 2014 and potentially hinder the adoption of converged infrastructure?

‘It is true that financial constraints will lead organisations to adopt third-party data centre services, and at the same time the overall CI adoption may also be impacted by cloud computing, which may be based on non-converged stacks,’ says Kumar.

‘However, the growth of CI will be augmented by some third-party data centre or cloud providers, which will move on to CI for increased efficiencies and better ROI.’

Further, Moulton brings up the flexibility to run the applications and workloads being provided by the virtualisation – or hypervisor – layer, which is the software operating system that the applications run on.

‘Given that this is the case, the challenge becomes one of making sure that the hypervisor is able to use the underlying hardware to maximum efficiency and choosing best-in-class hardware,’ he says.

The motions certainly appear to be in place for accelerated innovation in the data centre space as more and more organisations move towards the cloud.

Data centre automation and management will become mainstream and a top priority for CIOs, says Kumar, and CI solutions are also moving towards self-optimisation and automated decision-making capabilities to efficiently utilise resources and maximise ROI.

For CIOs who want to simplify common tasks and operations, lower price and deliver value quickly, integrated systems will increasingly become a solution of choice. ‘All of these things can be better supplied by examining each unique case and offering the customer the solutions that are best suited to their environment,’ says Larson.

‘In 2014, we see the converged infrastructure market expanding exponentially, with an increased focus on tailoring to specific customer needs.’