Could Google’s new patent push hamper the future of AI? 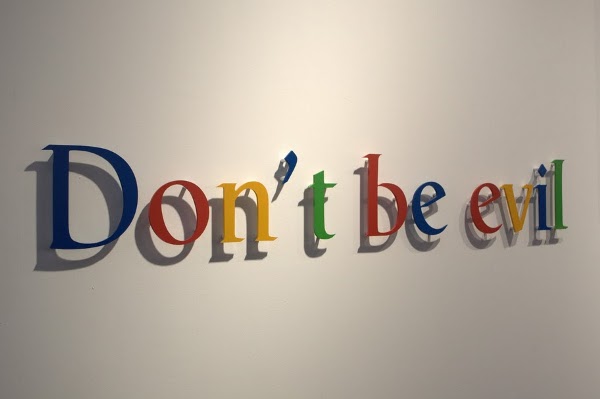 Not content to dominate every aspect of digital life, Google could have the monopoly on AI technology after revealing it's applying for at least six patents in some fairly fundamental AI and machine learning technology.

The first, known as 'drop out' was invented by researchers Alexander Krizhevsky, Ilya Sutskever, and Nitish Srivastva of Toronto University, and is a way of training a neural network that is commonly used by AI researchers.

> See also: Patent trolls in the US and Europe: what's next

As the patent document describes: 'A switch is linked to feature detectors in at least some of the layers of the neural network. For each training case, the switch randomly selectively disables each of the feature detectors in accordance with a preconfigured probability. The weights from each training case are then normalised for applying the neural network to test data.'

Other patents submitted by Google this month relate to 'Q learning' with a neutral network – a type of reinforcement learning algorithm invented in the 1980s by Cambridge graduate student Chris Watkins and already used in neutral networks by IBM resercher Gerland Tesauro.

Google also wants to own the rights to concepts including the broad area of classifying data objects, and word embeddings – a technique referred to as 'fairly standard' in AI programming. As blogger Mike James says of the patents:

'The fifth, classifying data objects, is ludicrous and basically claims to patent any method that performs classification. Its very broad wording seems to cover everything from the oldest classical methods, such as linear discriminant analysis, up to the latest, neural network classifiers.'

So will the patent requests go through? It seems likely. The company was granted 2,566 U.S. patents last year, making it the 8th most patents of any US company. It announced a new inititative back in April to buy up as many patents as possible to keep them out of the hands of patent trolls, in a move that many have questioned the motive behind.

If these particular patents are granted, they could jeopardise the future of AI and machine innovation for smaller companies.

As Reddit user 'AnonMLresearcher' puts it, 'Google has just started an arms race, which could do significantly damage to academic research in machine learning.'

'Now it's likely that other companies using machine learning will rush to patent every research idea that was developed in part by their employees. We have all been in a prisoner's dilemma situation, and Google just defected. Now researchers will guard their ideas much more combatively, given that it's now fair game to patent these ideas, and big money is at stake.'