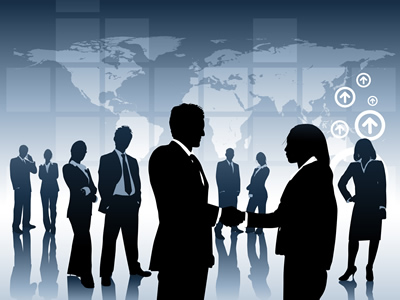 A study of more than 490 contracts worth £10 billion has suggested the desire to improve customer satisfaction is a major factor behind many organisations’ decisions to outsource key technology-based services.

Detailed analysis of current corporate IT spend in the KPMG study showed today that, as the economy improves, organisations are determined to invest in emerging technologies if they believe it will boost customer services.

The seventh annual ‘Service Provider Performance and Satisfaction’ study revealed a 20 point increase in the ‘search for quality improvement’ since the issue was first raised in 2009, as 48% of respondents admit to basing decisions to outsource on a desire to improve service levels.

With many organisations still short of key staff due to cutbacks over the past five years, it appears that organisational capability to deliver improvements remains impaired with 56 percent citing ‘the need to access skills’ as an influential factor behind their decision.

It was clear from the study that UK organisations are concerned about their long-term ‘technological know-how’ as 77% of respondents confirmed they intend to continue to outsource at the same rate as current levels or increase levels of outsourcing.

Almost half (45%) claimed they will ‘certainly’ or ‘probably’ increase IT outsourcing over the next 12 months, a figure that has more than doubled from 19% last year.

KPMG’s report also suggested that as IT outsourcing expands, there will be an end to ‘out of sight’ agreements as business mindsets shift from a determination to ‘find the cheapest market at all costs’ to one of having closer control over outsourced functions.  This year, for example, just 23% said they intend to expand global outsourcing for customer service management programmes – down from 39% in 2012.

This shifts in attitude seems to stem from a desire to see IT service levels improve, KPMG said.  Asked to rate the performance of their IT service provider, overall satisfaction remained high at 79%, but the latest figure represented an 8% drop on this time last year.

It was not enough of a fall, though, to prevent organisations from recommending their providers to industry contacts, with 47% saying they’d be happy to promote their suppliers to others.

This year’s study also considered the growing impact of cloud-based technologies on the IT outsourcing market. Findings showed that organisations are increasingly adopting cloud strategies in addition to established outsourcing activities, with 72% seeing cloud as complementing traditionally outsourced services.  A further 64% of organisations said they have either adopted cloud technologies already, or will do so before the end of 2014.

“The impact of a marketplace dominated by customers demanding more for less, combined with a decline in the number of staff able to meet these high standards, means that the pressure to deliver is stronger now than at any time in the past few years,” said Jason Sahota, director in KPMG’s Shared Services and Outsourcing Advisory team.

“Against this backdrop there is little wonder outsourcing looks set to remain a large part of IT spend in the UK, but the fact that organisations are delegating operational activities does not give them an excuse to delegate accountability.”