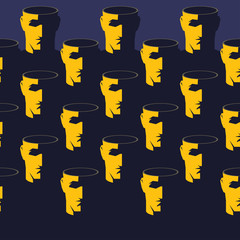 Few could have predicted the impact social media would have on shaping societal norms and influencing individual decisions. In the last few years this influence has grown to the point where democracy is under threat.

Readers only have to look back to last year’s US Presidential race between Donald Trump and Hilary Clinton to see the impact social media had during the campaign. Fake news churning bots pumped out stories about Clinton, while at the same time both the Republicans and Democrats released positive propaganda into main stream social media (Twitter and Facebook).

Now, this is not to say that social media swung the election in Trump’s favour – evaluating whether a voter was swung either way based on what was digested over the course of the campaign on social media is incredibly difficult to accurately predict.

That being said, the organisation of social media manipulation is a growing trend. For example, the latest findings of a new report by the Oxford Internet Institute – Troops, Trolls and Trouble-Makers: A Global Inventory of Organised Social Media Manipulation, authored by Samantha Bradshaw, Researcher, Oxford Internet Institute at Oxford University suggests that before the night of an election professionally produced news reaches an all-time low audience on social media channels.

The report – part of a five year study – monitors and assesses over 25 countries that use ‘misinformation’ campaigns, trolls, cyber troops and botnets to censor dissent and sway political outcomes.

It asks the questions, what different strategies do these governments use to manipulate public opinion? And, much like debates currently surrounding ‘fake news,’ does computational propaganda have a substantial effect on electoral outcomes or is the extent of its influence overblown?

The findings produced some fascinating insights into this politically-driven social media movement. In authoritarian regimes governments tend to spend money for social media campaigns via the military to target the domestic public. But, in these regimes the social media strategy is not the best organised.

In a democracy, on the hand, election-driven social media campaigns are more innovative. The benefits of organisational social media manipulation become more evident. As a result, these campaigns have become a professional service. Consultancy agencies, or “guns for hire” – as Professor Andrew Chadwick, Co-Director, New Political Communication Unit at Royal Holloway described it – have sprung up in their multitudes to take a slice of this $100+ billion industry.

The report outlined a number of strategies by which organised social media manipulation is carried out. There are positive campaigns, where respective parties and their supporters share messages promoting themselves.

The use of fake accounts controlled botnets is also growing. In this instance, software or code mimics users to amplify the message being shared – whether positive or negative – to boost popularity for one side or the other. As an example, in the 2016 US election, over one-third of pro-Trump tweets came from self-regulating and unmanned accounts.

Interestingly, China does not need to utilise bots or take advantage of automation, because – according to the report – it has the human power necessary to this job for them: around two million people dedicated to organised social media manipulation.

Individual targeting on social media is generally a negative strategy used to discredit detractors to a specific party or regime. The report found that female journalists were especially targeted in what it called the problem of gender and sexual politics – trolling. In Ecuador, according to the report, their is a government platform telling people who to target and discredit.

Cyber troops, or the social media army specific to each country are the fodder in these social media campaigns. In Russia, for example, these troops are trained in social media and English to increase the potential impact of their social media targeting.

Unsurprisingly, the report suggests that the US has the highest cyber troop density. This rise in the online volunteer can be attributed to government incentives in the form of scholarships (among others) to produce this manipulation, according to Chadwick.

Social media platforms have become a venue for government disruption, just as so many other ‘industries’ have been impacted by digital disruption.

So, how can social media sites mitigate this unrelenting challenge to democracy? Chadwick suggested that they should change their algorithms so that unreliable, undemocratic content is not given as much visibility. It is these social media channels responsibility to shut down this type of speech, he continued, and become pro-democracy platforms.

The question does remain, however, how much does social media manipulation actually sway public opinion? The answer to this question is the next frontier of the type of research that made up the report documented throughout this article.

In order to avoid falling into the manipulative trap citizens need to become media literate, and thereby understand the growing range of online fallacies. This is vitally important, because the scope of social media is so large young people are now developing their political views through social media.

Ultimately, social media manipulation strategies are now an essential component of electioneering worldwide. Election campaigns have developed increasingly sophisticated methods of maximising the impact that the internet can have on the electorate.

The artificial manipulation of social media output through botnets – automated software – and cyber troops is used to flood these channels with propaganda.