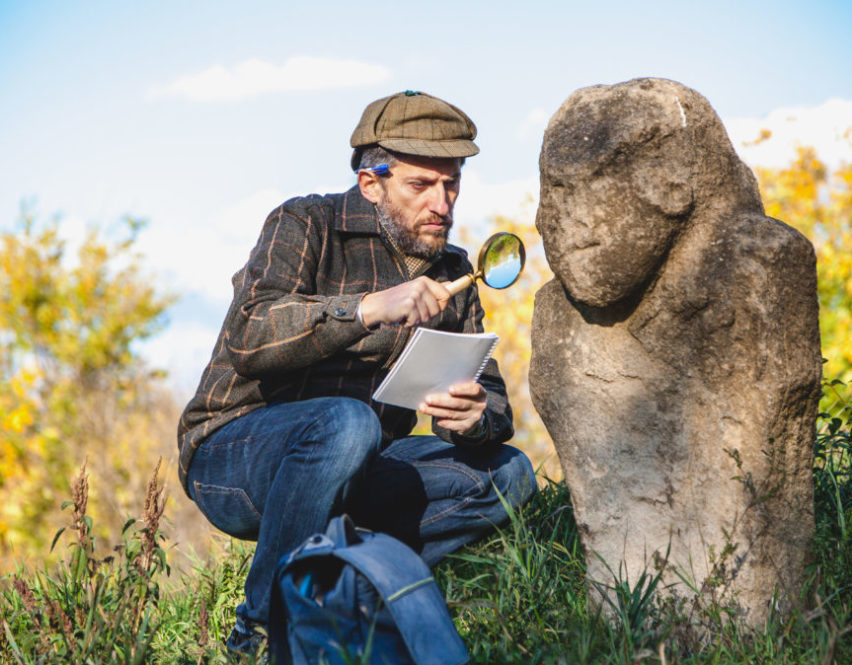 “When we think about the data revolution, it’s not just about coding, data science, analytics machine learning and crunching huge volumes of data, human sciences are important too,” or so said Mikkel Rasmussen, from ReD Associates, a company known for employing anthropologists, and applying techniques known as ethnography. He noted that the form of data we keep hearing about: namely big data, requires thick data, which is what you get by studying people.

“You can teach an anthropologist to do a spreadsheet, but it is really hard to teach somebody from a business school to do anthropology,” says Rasmussen.

And why? Because “the big data revolution can be so much more impactful if you apply contextual understanding to it.”

Or, to put it another way, what we call machine learning relates to a computer learning by itself, we need to start with what you want or need the machine to learn, understanding what problems to solve.

“The internet has been very technology led, now we are entering a phase where software and sensors are such an important part of the world, and things like social media can define childhood.”

Data science in retail: it’s as much about people as science

Data science in retail: collaboration between human and machine is key, says Peter Thomas, at Attraqt

Rasmussen believes that we are in a new phase. Up to now, the revolution has been led by technology; now there is a need to focus on the customer, the user of the technology.

“There is a lot of evidence that companies that apply an understanding of customers are far more successful.”

“We don’t need more online payment systems, we need better ones. Users have enough apps what they need are apps that are relevant.” And that in part is where ethnography and real data enters the story. “It’s important you don’t start with any assumptions hypothesis or preconceived notions, you start with what is called a child’s mind. And you watch what people are doing.”

There is another point. In the era of accelerating technology and disruption on a massive scale, social anthropology, and ethnography, by relating it to the dramatic changes in strategies, new competitors, and changing customer behaviour can make the difference between being a disruptor rather than being disrupted.

ReD Associates was founded 15 years ago by a group of human scientists who realised that their discipline could be applied to solve the problems of business. Recently, Cognizant invested in the company, taking a 49% stake, improving its product offering to customers.

Thick data is key. Rasmussen gives an example: “Imagine if you went to China to study people’s relationships with food, and you worked in their homes, cooked with people, shopped with people, and collected all sorts of data, then you would have a huge amount of qualitative data about a small number of people. This is thick data.”

And it is the combination of thick data with big data that creates insights of true value.

“Big data can report people’s real behaviour, which for a human scientist is a dream. But the data is not very meaningful in itself; it does not reveal any big insights unless you apply the contextual understanding to it.”

It is not a new idea. Social anthropology itself has been around since the early years of the 20th Century, during the first era of globalisation when there was a realisation within Europe, that as organisations from the continent traded with countries around the world, there was a need to understand the cultural differences, the way different people thought, about religions, politics and even childhood related differences. There was a realisation that you need to “understand strangers.”

Anthropology itself has two distinct disciplines: one side focuses on the human body: things like why average heights are changing, or different shoe sizes, and then there is social anthropology which focuses on “culture, social behaviour, friendship, family, language, religion and beliefs.”

And as technology changes the world, we need a framework, a set of tools, to understand the impact on individuals, for example, how to really understand how social media is impacting us.

The Football Association, Cognizant and digital transformation: “We employ anthropologists”

Sanjiv Gossain explains to Information Age why for Cognizant digital transformation entails multi-disciplinary teams: including anthropologists. He explains how the Football Association embraced this

Social anthropology began to have a more significant business impact in the 1950s and 1960s when it was applied to understanding corporate culture. “A lot of management consultancies such as Mckinsey grew out of an anthropology background.” This is when the term ethnography started appearing in business books and papers.

Later on, engineers often leant on the human sciences in product design, as ‘the human factor’ became a consideration. For example, looking at how large to make letters on a road sign, or indeed its positioning and shape, or understanding why the top of a gear stick on a car is round and not say square.

We asked about Apple: the famous story about Steve Jobs and Jonathan Ive, creating the iPhone. They may not have been conscious of it — or maybe they were, they didn’t suffer from a lack of cleverness — but they were applying the mindset of the anthropologist, or so Rasmussen told us.

He also gave some real world examples of real data and ethnography at work.

There was the case of Coca Cola with its routes in Atlanta understanding the Chinese market, and how to develop the right products. Or there was ADIDAS and how it developed the Originals brand, involving collaboration with Stella McCartney, and creating a lifestyle brand. Or there was BMW changing the silhouette of the BMW 7 for the Chinese market.

Air Malta competes in a cutthroat business, where economies of scale are massive. So how does this tiny airline stay competitive? Alan Talbot tells Information Age how Air Malta’s digital transformation programme gave it an edge. But first, it needed a success.

Rasmussen gave another example of social anthropologists at work, thick data and ethnography applied to the problem of bank fraud. In this particular case, there was a need to understand more about fraud involving small amounts of money. “We wanted to create an algorithm. So, we first needed to understand the people who do it. We went into prisons and spoke to people who had committed similar crimes, and they showed us how it is done.”

It turned out that one of the challenges faced was how to get the money back. The criminals might buy trainers, for example, and have them delivered to empty houses — that they might find by checking houses for sale. Applying the knowledge gained, the Cognizant team were able to develop a “couple of methods to capture this more efficiently.”

Another example or ReD Associates’ work, was when they looked at the future of money: and defined two types of money — fast money, slow money. Fast money, typically current accounts, is well understood, but slow money, for example, money in pensions has not been subjected to the same level of study by data scientists, or by machine learning. Ethnography and real data are being applied to slow money, so that big data and machine learning and data science can create better methods for supporting people.

ReD Associates has offices in New York, London, Copenhagen and Paris. The consultancy specialises in understanding human behaviour and applying that to big business. The idea is to provide deep human insight into products. The business model is to hire the very best of class from social human science, such as anthropology, sociology, political science and philosophy, from Oxford, Cambridge and other top universities. Cognizant has invested in the company and has a 49% stake.