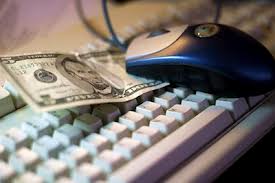 Supermarkets are losing billions of dollars worth of business because of poor data management.

That was the blunt assessment from recent research into product data from ESMT European School of Management and Technology, which looked at the data records of top UK grocery retailers Tesco, Asda, Sainsbury's and Morrisons as part of its global study.

Professor Joe Peppard found that decision-making based on inaccurate numbers damaged the supply chains of these companies, affecting supermarkets globally to the tune of $42 billion.

According to the report, incorrect information stored on systems led to warehousing mistakes and other issues that affect efficiency and, consequently, profit.

“When we reviewed the over one million product data records provided by the four [UK] retailers, we found a very significant amount of duplicate records,” Peppard said. “After normalising the data and removing these duplicates, the total number of records available for analysis totalled 427,154 – less than half the original number.”

Further analysis of the records found there was a high level of missing data from the retailers’ files.

In retail industries it has been recognised that competition is no longer between individual retailers but between the supply chains they are part of.

To gain competitive advantage within the grocery industry, multiple relationships need to be developed between a retailer and their network of stakeholders, Peppard added.

“Problems with data quality have the potential to impact the efficiency of supply chains and the management of operations – ultimately affecting revenue,” he said.

“The very existence of an organisation can be threatened by poor data quality.”