Skip to content
Home » Topics » AI & Machine Learning » The day I met Amelia: the virtual assistant hoping to usher in the AI revolution

The day I met Amelia: the virtual assistant hoping to usher in the AI revolution 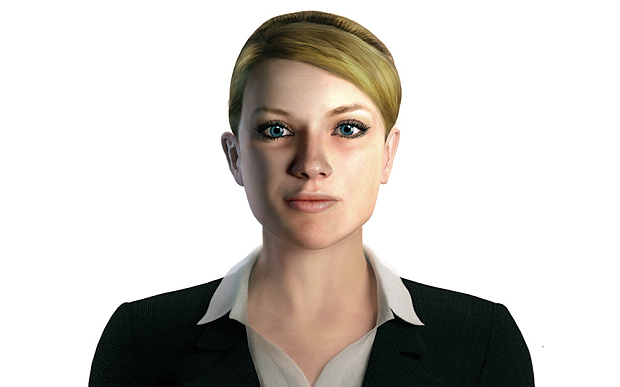 It was a bit of a surreal prospect. I was going to the Gherkin building in central London to meet Amelia – an artifical intelligence.

'She' is the brainchild of software company IPsoft, a firm founded by a mathematics professor from New York University that has spent the last 15 years dedicated to research into automative and cognitive technologies that reduce the need for human intervention in IT infrastructure management and other business processes.

Now they're aiming to take over the job of the 'mid-level knowledge worker' – people behind help desks and customer service centres whose feeble human brainpower will be no match to the superior intelllect of a silicon assistant.

Once I'd made it up in the futuristically fast lift to the upper stratum of the Gherkin and was looking out at a misty, rain-soaked London skyline waiting to meet Amelia, I was pretty much complete in the illusion that I was in fact in Bladerunner.

But Amelia isn't science fiction; she's real, and she sits along the likes of Google's Deep Mind and IBM's Watson as one of the most advanced types of cognitive computers currently aiming to forge a new AI workforce.

>See also: Don't worry, artificial intelligence is not a job stealer- it's a job enabler

Amelia can reply to emails, and hold phone calls and instant messaging conversations with humans much like another human. As IPsoft's UK CEO Richard Warley explained to me, she's 'significantly different' to 'parlour trick' type virtual assistants like Apple's Siri, who just respond to key words with scripted answers, mimicking us without any real comprehension. In some ways, Amelia actually understands what's being said to her, and even how the person feels.

'Natural languge is something we take for granted, but it's a terrifically complicated thing for a machine to understand,' says Warley. 'The first thing Amelia can do is process this, as you'll see, and that's important – she can communicate and understand meaning through the language you and I use.'

The second thing she can do, he explains, is learn the information she's given, deconstructing text into a 'neural ontology', or a kind of map of connections she can understand.

The version of Amelia that I'm shown is essentially a 'blank' – she's booted up with all the algorithms pre-programmed, but without any knowledge yet, so that solutions lead Parit Patel can show me the process by which she learns.

At the moment she only knows two things, he tells me – that he exists as a human user, and that, rather ominously, she exists. 'She's to some extent aware of herself,' he quickly adds, 'but we won't go into the philosophy of that.'

Watching this AI machine that apparently knows it exists, I can't help being a bit unsettled that the first thing Patel teaches her is about me.

He types an example sentence – 'Chloe bought a car from Richard' – into her input box. Instantaneously, Amelia begins deconstructing it into its individual words so that she can understand the semantic meaning.

What's interesting about this is that she knows a transaction took place between Chloe and Richard, and understands the timeline of events. To demonstrate the process alongside the conversation, he shows me the back-end of the software – the 'mind map' she is building of the connections and meanings of each word.

Next Amelia is given a bigger chunk of information to digest – the whole Wikipedia page of William Shakespeare. I'd be impressed if Amelia can get her head around it. If you've ever clicked Shakespeare's Wikipedia page, it's not the easiest thing for even a human to understand on first reading. It's full of the kind of convoluted sentences that are the result of people trying to show off how literary they are. But Amelia is able to tell us off the bat how many children Shakespeare had, and where and when he retired.

Thirdly, she can apply logic in useful ways to what she knows, and start to build processes out of it. As a hot desk or a service desk agent with a defined set of knowledge within a particular domain, this means Amelia can learn how to complete tasks, working much more efficiently than a human could and reducing the amount of menial tasks that humans have to do. As Warley explains, she's designed to digest lumps of information such as instruction manuals that would take humans far longer to learn.

If she's in a situation where she doesn't know how to progress, she can ask for help from a human colleague to step in and aid in the conversation. For example, Patel gives her a typically vague request to 'check my username'. From looking at her processes, I can see she knows that he has a username and that she's being asked to check it. But she doesn't yet know how to do it, so she responds by asking if she can fetch a human colleague for help. Once given permission, she can ask for help to someone at another computer, while still staying connected to the customer. Once she learns how to do a certain process from the colleague, she can often then deal with it herself.

>See also: AI in the enterprise

All this is very clever but, interestingly, Amelia doesn't just have an IQ – she has an EQ. She is equipped to understand a user's emotional state thanks to her 'empathy engine'. She can psychologically profile the person she's interacting with, placing them on a 3D chart between various emotions, and is able to say whether they're quantifiably happy or unhappy.

'The main use of this is, if someone seems emotionally unstable, they're most likely to want to speak to a human,' says Patel. 'She can identify when this is absolutely neccessary, so it frees up staff to deal with these exceptional cases where for whetever reason they really want to be dealt with by a person.'

For Amelia's next trick, she's able to be asked a question in English and respond in another of her 20 pre-programmed languages, which happens to be French. She's not simply applying a word-for-word translation; she 'understands' the sentence and is able to reconstruct the intention of the sentence into the correct grammar, so she's truly multi-lingual as a human would be. And unlike a human service desk assistant, she can have hundreds and thousands of conversations in parallel, in different languages, so the business case for multinational organisations having to provide service over a single platform is very compelling.

The next few years will be interesting times for Amelia and other AI systems as they begin to take on the enterprise. Officially launched at the beginning of December, Amelia's already out there currently in beta testing with a handful of IPsoft's established clients, some of which are Fortune 500 companies in industries such as oil and gas.

'Everyone is pushing hard into what is the right commercial opportunity, and struggling to find that niche,' says Warley. 'While systems like Watson and others are great at processing huge databases and that kind of general intelligence, we think Amelia is very different. We have a very specific business target we're going after.'

With 20% of the workforce working in the kinds of 'mid-level knowledge worker' jobs Amelia wants to take on, and with her ability to supposedly cut response time from four minutes to a matter of seconds, the implications for the global economy are clear. But Warley insists it won't be a case of machines taking over – AIs like Amelia will free up humans from the more mundane tasks, he says, allowing them to concentrate on higher-level processes.

'It's the same economic output we've already seen in the IT infrastructure world,' he says. 'It's about people being able to do a lot more with a lot less.'

As we find a place for artificial intelligence in our economy, it will be a case of redefining roles and making room for new ones – but while these technologies are bound to be huge boon to enterprises, it's difficult to see some humans losing out to their brainy robotic counterparts.