Detica first IT company to list on LSE in a year 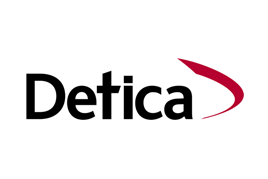 The flotation will make Detica the first computer company to list on the LSE in more than a year. Detica is expected to be valued at up to £100 million (€162m).

In 1997, the company was involved in a management buy-out (MBO), backed by MBO financing specialist Candover. It still has a 40% stake in Detica and Candover is expected to sell a large portion of its holding in Detica. Management and staff, who own the remaining 60% of the company, will be restricted to selling no more than 20% of their stakes.

The company expects to raise around £16 million (€25.9m) in new financing as a result of the flotation. Detica intends to use half of that amount to repay debt and redeem preference shares. The rest of the sum will go towards “selective expansion opportunities, possibly including acquisitions”.

Detica intends to complete the initial public offering before the end of June this year and has appointed UBS Warburg as its sponsor, global co-ordinator, book-runner and financial adviser.