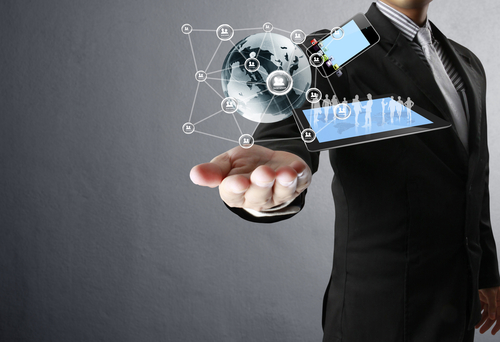 CIOs need to decide how they will position their IT organisation in relation to emerging digital business technologies like the Internet of Things, 3D printing, wearable technology and robotics.

This according to analyst firm Gartner, which has called for the end of the IT function merely supporting back office and infrastructure technologies.

>See also: The time is now to get to grips with the digital workplace and manage consumerisation – Gartner

As a result, some CIOs will take a supportive role in relation to digital technologies, while operations and other business departments take the lead.

However, some will take a leadership role, expanding their skill sets and business knowledge, and extending the IT’s role from one that is IT-centric to one that fully supports a digital business.

“Regardless of the eventual stance, CIOs should have an opinion, and should participate in innovating and in testing the business cases for these technologies in the early stages,” said LeHong.

“Many companies are looking to digital business technologies as their next source of competitive advantage. There is too much at stake — in both business value and technology investment — for CIOs to stay in the margins.”

Gartner has identified six emerging areas that will potentially be adopted by digital businesses and CIOs need to consider.

1. The Internet of Things (IoT)

For many organisations, most endpoints on a corporate network will be things (for example, machines and building sensors), and not PCs or mobile devices. From a business value perspective, the IoT is poised to deliver major productivity improvements and new revenue streams (combined, $9 trillion by 2020).

According to Gartner, the IoT will create political tension between operations, product development and IT. Consumer-centred IoT (such as the connected home) has few legacy deployments and therefore, CIOs can get in on the ground floor, influencing outcomes and contributing to the technology selections.

Industrial-centred IoT also has many opportunities, but CIOs will need to approach these with a lighter hand, because there is likely to be a pre-existing body of technology invested over many years, or even decades, by engineering and operations groups.

CIOs will need to navigate these political challenges carefully and plan for the resources and skills they will need to span operational and technology projects.

CIOs need to have a position on how transformational (or not) 3D printing will be in their industry and enterprise and related issues like intellectual property rights.

Technology can be used to augment humans. This can range from increasingly present wearable technologies to emerging brain-interface and implanted technologies. Wearable technology can improve employee effectiveness, safety and health. However, bring-your-own-wearable issues will require clear policies. CIOs need to consider human, legal, social and ethical issues — which will vary greatly across geographies and demographic groups.

Newer-generation robots change the cost equation, with a purchase cost approximately equivalent to the annual earnings of a minimum wage employee. However, when evaluating the business case for robots and autonomous machines, CIOs should look well beyond labour savings. Other benefits may include less machine wear, shorter lead times, greater safety and less downtime.

Cognitive machines are characterised by their ability to handle decision-making tasks that often require a level of judgment only humans were thought to be able to handle (for example, writing news articles, acting as personal assistants or interacting with customers like a customer service representative).

CIOs should look for repetitive use cases and think about using these technologies in a way that complement, rather than replace, human employees, for example, as an aid to help doctors diagnose and discover/confirm treatment plans.

Using cognitive machines has significant impact on an enterprise's brand and perception in the industry, so the decision to use cognitive machines becomes a question for the board and CEO — with advice from CIOs and other senior executives.

Although not a technology, no discussion with CIOs about digital business technologies can be complete without addressing cyber-security needs.

CIOs need to identify how and when these technologies will be relevant in their industry, and hire or identify individuals with the new skill sets associated with digital business technologies.

“The extent to which CIOs will ‘own’, operate and support digital business technologies is undefined,” said LeHong. “So the time is right to evaluate and pioneer new approaches.”