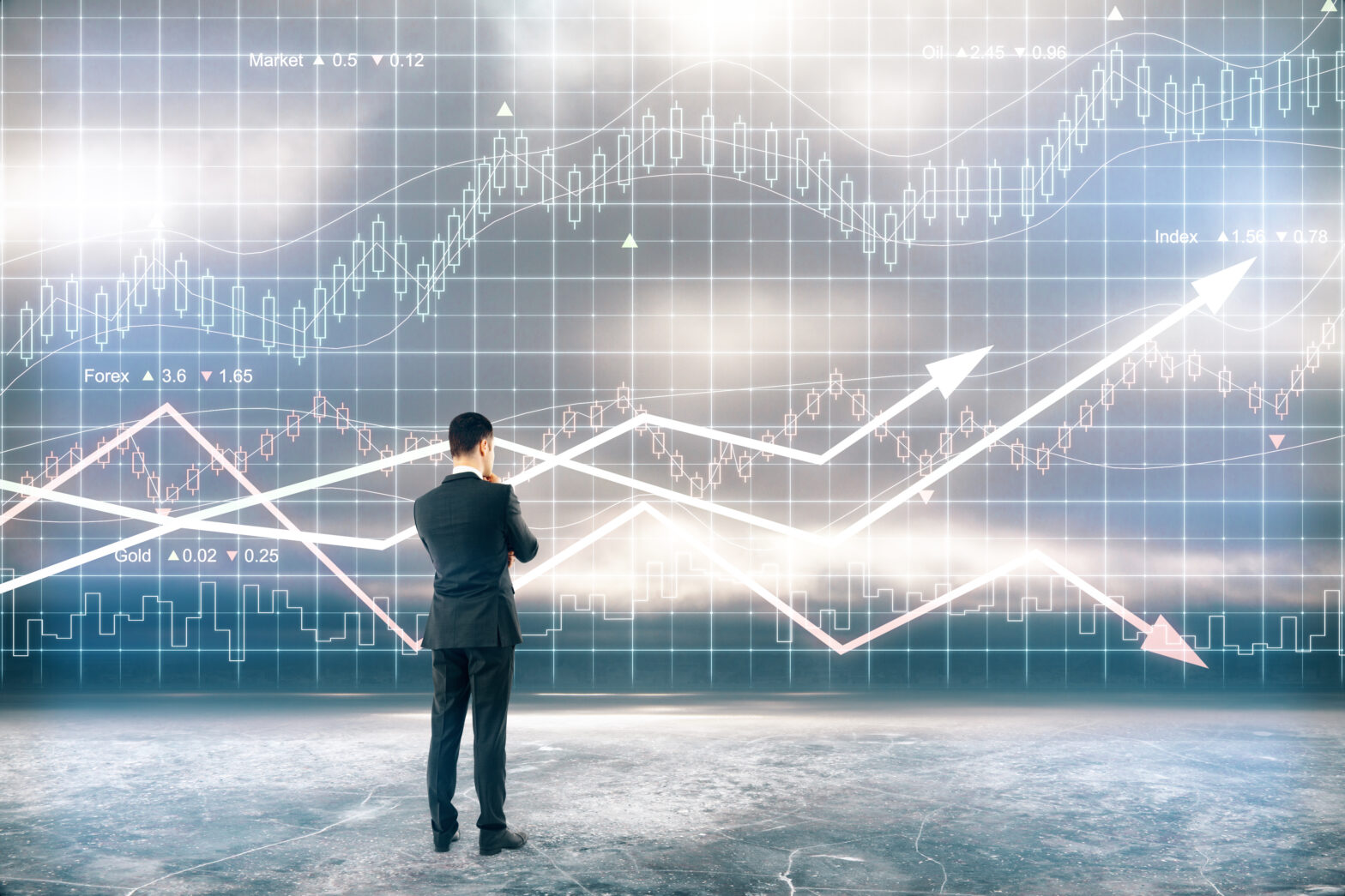 For some, the digital age is creating a degree of uncertainty, but it is also opening the door to infinite possibilities for businesses.

These businesses can expect to see the following trends emerge during the course of 2017, as organisations look to embrace the benefits of the digital era.

Renewed focus on ownership and access to data ─ and metadata

Control and ownership of data and metadata (data that provides information about other data) will emerge as a point of discussion and contention in the year ahead.

That’s because data and metadata are the ‘gold dust’ that allow businesses to gain rich insights about their customers’ behaviour, and thereby differentiate themselves in the market.

Truly digital businesses are ones that have their customers firmly in their sights; their entire business models are focused on tracking consumers as they move through the world meaning that new disruptors aren’t the ones that own the technology, they’re the ones that own (or intimately understand) the customer.

The value of metadata is increasingly being recognised: while ‘crunching’ data allows business intelligence to be derived in order to make informed decisions, analysing metadata allows for specific behavioural patterns to be identified.

As a result, businesses are becoming increasingly protective of their metadata and wary of who has access to it. Organisations don’t just want ownership and control of their data for compliance reasons but more importantly, to ensure they can perform analytics.

This is likely to trigger some interesting discussions between businesses and their cloud providers regarding the boundaries with respect to ownership.

If data and metadata are to be competitive accelerators for a business, it needs to devise a strategy to ensure that it has control of, and access to, all of it – not just what’s being generated by the IT function.

The challenge here is that ‘shadow IT’ – which is the independent sourcing of IT services by business units – is rife in most organisations.

CIOs need to strike a balance between granting business units with the freedom to make application-related decisions, and ensuring that data isn’t being dispersed in an uncontrolled manner by various parts of the business.

This may result in its loss and, ultimately, the erosion of its value.

In 2017, forward-looking CIOs will turn their attention to developing a data model that ensures continuity and governance with respect to data and metadata, and most importantly, that they can extract business value from these assets.

Automation and DevOps are no longer just relevant to application developers in the IT department – they need to be embraced at every level within organisations.

Over the last year, there’s been a great deal of interest in new DevOps companies such as Puppet, Chef, and Terraform, and with good reason.

However, these new players’ technologies shouldn’t be dismissed as something of interest just to developers; automation has to be the very foundation of all IT systems and processes.

If a business is still operating in a traditional, ‘analogue style’ and the only part of the organisation that’s embraced DevOps is IT operations, it’ll result in a ‘disconnect’, as only part of the system is optimised.

Automation across the entire IT landscape, including development, provisioning, and operations for both on-premise and cloud-based systems will provide the agility and the cost benchmarks required to be competitive.

>See also: 10 trends that will influence analytics in 2017

To become a true digital business, the entire operation needs to function like a well-oiled DevOps practice, one that involves continuous delivery, automated testing, and constant, iterative updates and improvements.

Infrastructure and systems should be viewed as code that’s program can be automated. If automation and DevOps become part of a business’s mindset and culture, they’ll become a source of competitive advantage.

In most industries, central ‘authorities’ exercise control over the community of participants and, as a result, claim that they have a reason to charge a premium for processing transactions.

These centralised transaction models are beginning to be disrupted by peer-to-peer platforms such as Blockchain, which support micro transactions that are virtually free of charge and can be performed in real time and at scale.

In the last few months Blockchain technology has extended beyond the financial services community into the world of consumer goods and other sectors. It’s even being used to eliminate counterfeiting.

>See also: Want to be a digital business? Here are 5 technology elements you need

The fact that today’s digital disruptors are themselves being disrupted by decentralised transaction models illustrates the potential impact of these platforms. Uber, for example, operates according to a centralised transactional model. It acts as the middleman, and takes its 20─30% cut of the cost of the ride.

Yet in some markets, Uber is being disrupted by a small start-up called Arcade City, which uses a Blockchain platform to provide the same service. In this case, the transaction is peer-to-peer: the firm opens up a ledger between the driver and the passenger directly. The passenger and the driver negotiate on the price and Arcade City takes its 5─10% of whatever price they agree upon.

The peer-to-peer transactional model will be fundamental to ensure the commercial viability of many Internet of Things (IoT) applications, where the payload data and the charge is minute, and time is of the essence. IoT, to be truly prolific, will require a peer-to-peer transactional model that is real-time, ultra-low cost or free, supports micro-transactions at scale, and provides the required security, all very much part of the promise Blockchain presents.

It is looking likely that in the year ahead, Blockchain, or a similar technology, will continue to disrupt centralised transaction models while also addressing another shortcoming in the industry: cyber security.

Over the last 10─15 years, the security sector has focused on protecting the perimeter and, more recently, on detecting intrusions and defending against them. However, the architecture for protecting important information hasn’t changed fundamentally.

Technologies like Blockchain involve a distributed ledger and strong encryption, so there’s no longer a central data environment to attack. This means they will inherently solve many of the current cyber threats we face.

Hybrid IT comes of age

Today, the world of IT is truly hybrid, meaning that a blend of on-premise and cloud-based assets need to be managed and cloud assets typically won’t be delivered by a single provider.

This will have implications on the skills sets that businesses require. In the world of hybrid IT, on- premise assets need to be treated like software.

The focus will move from ‘units of build’ to entire workloads that are underpinned by a complete reference architecture that has been tested and validated, and that has clear scaling metrics.

These workload reference architectures are characterised by the level of automation at the provisioning, transition, and operational cycles. The way systems are designed and operated in a hybrid IT environment is vastly different, as is the breadth of skills required.

In a hybrid IT environment, people need to work in multi-party, multi-vendor ecosystems.

Therefore, individuals with a collaborative mindset are needed, as are those who can look inside and outside the organisation. In the world of hybrid IT, it’s no longer about integrating systems, it’s about integrating ecosystems.

>See also: The digital imperative: why business transformation is essential

This, of course, is easier said than done. Migrating to and managing a multi-party, multi-platform IT environment is complex.

Today, even large enterprises with substantial IT budgets – which in the past were able to keep pace with change with an insourced IT model – are realising that they don’t have the skills required to operate a hybrid environment.

This may well stimulate discussions in the market about the merits of engaging with cloud brokers or specialist hybrid IT managed services providers that can offer an end-to-end ‘service layer’ or a lifecycle of managed services that includes service design, transition, and operational steady state services to eliminate this complexity.

Containers: the next big disruption in the data centre

Over the last year, the level of technological innovation – and adoption of those innovations – has reached an all-time high. As the rate of innovation accelerates, market ‘disruptors’ are starting to be disrupted by players using next-generation technologies.

These technologies haven’t yet been fully adopted, but they’re already being disrupted by containerisation.

>See also: The five key technology trends businesses must embrace to stay ahead

The interest in containers isn’t surprising: they involve a micro-services architecture, the process of virtualisation can be leap frogged and the need for hypervisors can be eliminated entirely.

Containers are operating system-independent, so can be easily moved between the on-premise environment and different cloud providers.

The rise of containers has the potential to disrupt a number of current incumbents in the market. Containers will most likely be a key enabler of hybrid IT, especially in the data centre, allowing workloads to be moved between different compute environments with much greater ease than today’s virtualisation environments allow.

This has been a major inhibitor of true hybrid IT to date. Once this barrier is removed, the market will see an acceleration in the adoption of hybrid IT models.