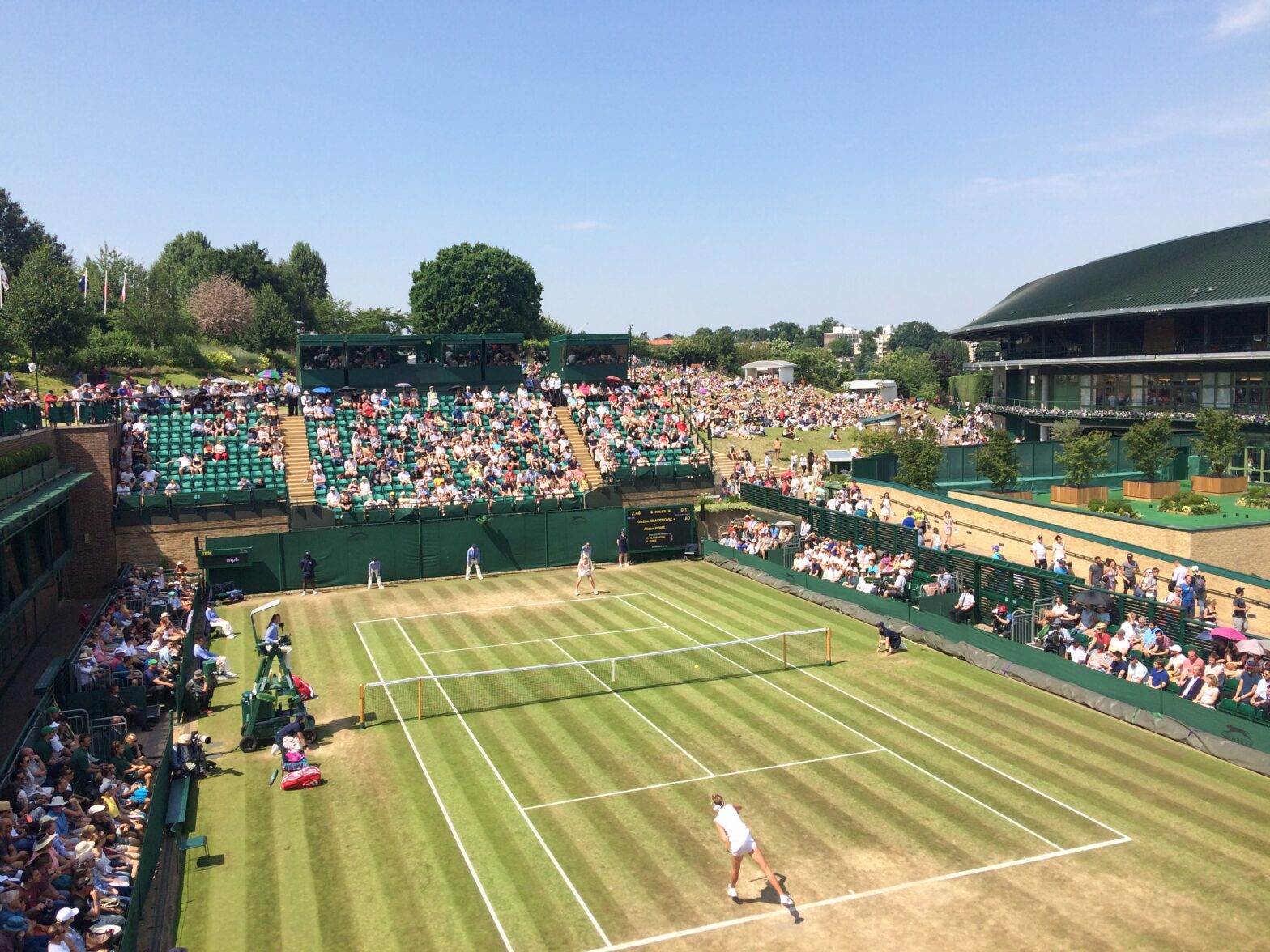 Last week, IBM and the All England Lawn Tennis Club have unveiled new technologies for The Championships 2017 to re-shape the fan experience at Wimbledon.

Together, they have worked to bring a number of innovations in cognitive technology to this year’s Championships. They have sought to change fans’ perceptions, with a new real-time insight powered by a bespoke solution from IBM, which highlights tennis matches of particular interest and quality.

At the same time, they are leveraging AI to assist the Wimbledon visitor. In 2016, Wimbledon developed the award-winning “My Wimbledon Story” feature in the official apps. The apps have been enhanced this year with the new Watson-enabled bot, ‘Ask Fred’, creating a much more personalised experience.

This technological driven fan experience extends to how the public consume match content. New AI-powered automated video highlights for Wimbledon fans, allow the Wimbledon video production team to serve up all the best highlights from across the tournament for their own digital platforms, based on Watson’s sifting through match data, including crowd noise levels to produce the best highlights.

IBM is also leveraging all of the data and cognitive capabilities put in place for The Championships to delve into what it really takes to be a great champion at Wimbledon, adding social listening to debate who is the greatest of all time.

John Kent, program manager, Worldwide Sports and Entertainment Partnership Group, IBM introduced Information Age to the digital revolution Wimbledon is experiencing this year, for both the players and the fans. He began by explaining IBM’s relationship to The Championships, while providing an insight into what was going on this year from a technology perspective.

‘We’re leveraging the latest technology, but we’re still hitting the table stakes. For us it all starts with the collection of data and then really making sense of that data. For the broadcast, it’s making sense of the data in a way that helps them tell their stories s and support their articles.’

‘Then for the fan who is consuming via digital, it is about creating the scoring solutions or experiences like Slamtracker, which is our premier offering for following all live, point by point matches and giving the consumer more of that data in context. Slamtracker provides you with a deeper experience as the match unfolds, with rolling commentary point by point. It’s about taking that data and making that experience.’

>See also: How forward-thinking companies are reinventing the role of the customer

‘Last year and this year there has been an enhanced focus on the onsite fan. One thing makes use of cognitive technologies: so, there’s a capability to plan your visit in detail down to where can I park.’

‘Our virtual concierge, Fred, can answer these questions. He’s available within the app. You can ask these questions in natural language and get your response. We’re trying to make it a little bit more of a personalised experience.’

‘There’s Wi-Fi onsite here in certain locations. We’re piloting that and enabling it in areas where there’s the biggest population of people. It’s again about creating that experience when you’re here.’

‘Another feature within the app is something called Create My Story – think of it as a bucket list of things to do while you’re here, whether that is eat strawberries and cream or whatever. And you, in essence, can go down this list and document it. At the end when push the Create My Story button, you end up with a curated video of all your photos with a little music backdrop.’

‘What that really does for the club, is it allows them to then be reaching more people as those individuals share on their social networks, they also sharing the Wimbledon brand and their experience.’

So, the club has provided a cool way to document the time you are here. And that exposes more people to it.’

>See also: Driving digital innovation through the art of immersive

‘We’re also doing something this year that we’re referring to as cognitive highlights. On six courts there’s live video – we have our Watson technology actually watching that match, consuming the data from that match, listening to the crowd noise (Watson has been trained to identify what crowd noises indicate the most compelling points for the highlights) and then at the end of the match we automatically create a highlight package. Some of that is based on business rules – we always have to capture match point – and Watson is trained on visual cues (whether that is the player going to the net for some form of embrace or something else) to know when it is match point and if to include it in the reel.’

‘This is a dashboard that is available here, not to the public, which shows as those points are clipped. It’s been really well received by the club. It was difficult for the club to cover that many courts with the level of technology, which is required to work at scale.’

‘They really can envision endless experiences that we can enable with this in the future.’

Is there a fairly significant jump from what you were offering last year?

I think so. The reason I say that is because all of this just happens automatically. This is content that, if you think about it from the club’s perspective it’s their channel that they’re putting exclusive, engaging and timely content on. This is what their fans want. We’ve given them a system basically that allows them to produce this content that automatically uploads to their channel and engages their fans. It has taken the burden off some areas, so they can focus deeper on the others. In our world this appears to be a game changing movement.

Moving forward what can the fans expect?

It’s an interesting dilemma we always have, because we’re happy but only for a moment. Now what? We are about innovation, we’re not about technology for the sake of technology. This is cool and it is interesting, but it really does serve a business purpose. We don’t just do it so we can just show off Watson. This is real business applicable. I can’t even envision what we’re going to envision for next year. We’re starting to talk about it.

We’re really just beginning to tap some of the data and the data analytics. We now have a database of Slam data from the last eight to nine years, and we’ve able to integrate the line call data and player position data.

We’ve been doing something called Keys to the Match for a number of years now, which analyses all that data to give a level of precision around the keys to the match. So, whether a player does these particular things and does it well do they have better outcomes. It provides a performance indicator that you can follow and see if a player is achieving his or her keys and see whether their winning their match. Generally there is a pretty strong correlation.

It does benefit the players as this same video system that we use to create clips for highlights, is used by them in a player portal where they can view their entire match from start to finish. But it is also indexed by points and types of points. If they only want to see their unforced errors, or their backhands in the second set, they can view that automatically. That’s something they have access to around 30-40 minutes after the match. And there is no human involvement to that.

In terms of the work you are doing here, does it extend to other areas of business for IBM?

We’ve got the capability to automate the video clips, with automatic subtitles and transcriptions from Watson. Watson can also automatically tag the photos, recognising celebrities and players, which makes it searchable.

Those are capabilities that we have been doing on a number of our tennis projects for years. They’ll manifest themselves in other IBM offerings I would venture to guess, later this year.

[NB John Galvez, IBM-er, later told Information Age that as an example of this, clients looking to move operations to the cloud can come round and witness how IBM work at Wimbledon. All the work is in cloud, managed globally via different data centres, which might be usual for clients with an international network]

>See also: Taking the mystery out of digital personalisation

Big data and data analytics to IBM is nothing new. Now we are taking it and applying it to tennis, and how can we apply it to tennis in a way that is meaningful.

What threats are you facing?

Watson for Cyber Security is leveraging Watson technology. In effect, Watson can read and understand unstructured text. Keeping pace in the world of security with the threats that are out there, we’ve trained Watson on all lots of information surrounding cyber security and cyber threats, and Watson continues to ingest that information so that we can use other tools to identify what the threats are.

Watson for Cyber Security can then send us advice on what to do in the face of different threats. Watson is an advisor and suggests the actions you should take. An attack is a correlated set of events, a big neural network like a spider web. It starts of massive. Watson provides us with a visual description of what the threat is and provides the recommended actions. But, more importantly Watson produces a shrunken down neural network so these guys have much less to look at to find and identify the problem and address it rapidly. It allows a number of things: to work more at scale, but also to allow some of the smaller organisations that don’t have that depth of security to have a little extra.