Digital media is not the Messiah 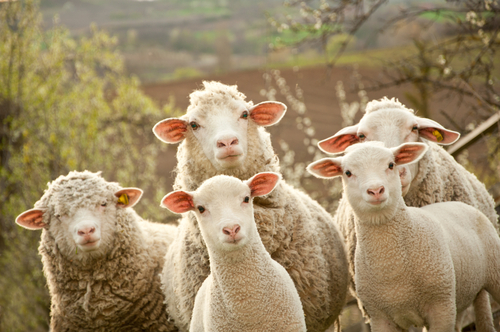 Never have the words of Handel’s Messiah felt more apt than they do today: ‘all we, like sheep, have gone astray’.

The unremitting development of new technology has meant that social media is now widely revered as a global panacea for interactive communications.

As a result, organisations have, like sheep, rushed headfirst to put digital platforms at the heart of their operations.

But it’s time for the Hallelujah chorus. Digital media is good, but it’s not the Messiah. And in moments of organisational SOS when critical response is essential, a reliance on digital platforms for emergency communications can leave businesses and individuals exposed, isolated and disconnected.

When crisis strikes and organisations urgently need to account for their flock, the dependence on new media may ultimately lead to the Silence of the Lambs.

For many operations, it’s a horror story waiting to unravel. But it doesn’t need to be that way.

The ways in which organisations respond to emergency incidents are variable and worrying. Operations typically rely on slow and expensive manual processes, and passive communications mechanisms that leave a lot to chance.

Despite investing significantly in disaster recovery infrastructure to preserve business continuity, many companies have not fully closed the loop and made adequate provision for the protection of their staff.

Critical communications systems often provide no visibility of how incidents are being managed, meaning companies cannot reliably account for the safety of their employees. The inherent risks are substantial.

Moreover, companies are increasingly choosing to leverage social media in areas where its impact is limited and, arguably, dangerous.

Organisations have recognised the unquestionable benefits of digital media in delivering promotional messages to market.

But many fail to recognise its shortcomings in the potentially life-threatening arena of critical communications – and continue to rely on it as a means of emergency response.

It’s widely accepted as the best platform for interactive communication, but in time-sensitive crisis situations social media can become a passive tool that provides no auditable means of guaranteeing message delivery, receipt or response.

A recent example from the US highlights the problem. Last month, a major US army base, Fort Lee, went into lockdown when an armed soldier went on the rampage inside the major command’s headquarters.

The soldier barricaded herself inside and eventually, fatally, shot herself. At its culmination, the incident was reported ‘cleared’ through the base’s Facebook page.

Fort Lee’s decision to communicate the termination of the lockdown via Facebook raises major questions. How could operational command be sure that the message had been read, understood and acted upon by the 1,100 people in the building at the time?

Further, how could they be certain that the remainder of the base’s 34,000 population was appropriately informed to continue their duties. And moreover, without Facebook, how could the army base effectively, and safely, communicate with such a huge community before, during and after the incident?

Fort Lee’s reliance on social media for such critical communication appears misplaced, but sadly it is not unusual.

The vast majority use standard methods such as telephone or email to contact workers or stakeholders responsible for managing critical communications.

But both approaches are limiting if used in isolation or where multiple messages are issued to the same individual.

>See also: How to become a social enterprise

Telephone contact can invariably result in no response or voicemail, whilst emails often sit unopened in a burgeoning inbox.

In each case, it can be difficult to get confirmation that a message has been received, leaving organisations unclear as to the safety of individuals.

Some organisations deploy contact centre agencies to manage call volumes, or have invested in helpdesk software to automate aspects of emergency response.

However, these approaches also typically rely on conventional telecoms – and suffer a similar lack of control, visibility and auditability.

So how can organisations improve their critical communications capabilities? Moreover, how can they ensure responses and actions are appropriately escalated in time-critical situations?

The challenge is to assure that all known stakeholders have received, acknowledged and acted upon relevant messaging, and that this has been fed back into a unified-communications system so that all relevant parties are fully appraised of the current status.

At present, an inability to disseminate and access incident data is preventing organisations from responding with the speed and efficiency required to deliver optimal incident management.

The solution, however, is simple to adopt and uses technology that is familiar to everyone.

Organisations can do much more to leverage the most responsive communications channel of all: text messaging.

Ofcom statistics reveal that the average open rate for an SMS message is a staggering 98%. It’s hardly surprising, therefore, that many companies use SMS as a powerful messaging tool.

In many companies, it is indeed used as a medium for critical communications. But on its own, SMS is not enough.

In the case of emergency response, this is a major Achilles heal. But a solution now exists.

The emergence of innovative ‘threading’ technology has transformed SMS capabilities and provides rich potential to become a lifesaver for critical communications.

Threaded communications allow companies to match inbound responses to outbound messages. In an emergency, this means that an individual can be at the centre of multiple incidents and manage multiple escalations.

SMS can be used to send organisation-wide messages to alert staff, but even when managing multiple incidents, operations can reply individually to all specific responses – and be assured that information will go to the right cascade and be escalated accordingly.

If a response indicates a person is in danger, threading technology, which builds automation into workflow processes, can trigger the rapid escalation and execution of the appropriate response.

Crucially, this can help organisations manage by exception. For example, in the case of Fort Lee, threaded communications could have provided evidence and reassurance that 98% of workers had responded – and, through management by exception, triggered an escalation to contact the remaining 2% by other means.

>See also: Social media in the enterprise: How to prove ROI

Threading also ensures that incident management processes are fully auditable. Moreover, since the technology is fully interoperable with any IT infrastructure, it can augment existing systems and enable companies to benefit from truly unified communications.

The business world has understandably followed the well-trodden path towards the promised land of digital media. But when it comes to critical communications, companies cannot afford to act like sheep and be led astray towards social media.

In emergency situations, organisations must be able to account for their flock – but a passive reliance on digital media could unwittingly lead to the Silence of the Lambs.

In times of SOS, SMS – powered by threading technology – could prove the best option.