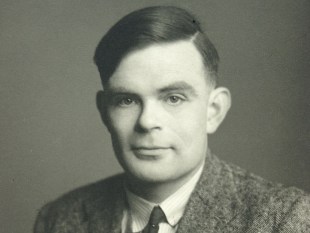 Close friendships at work can serve as a bit of a professional minefield for the HR team. But of course, they are an inevitability in a 21st century world where everyone is so busy – the office is the only place they still have the time or the energy to make friends. And so we should too – work wouldn’t be as fun if we didn’t.

And this trend is nothing new, as confirmed by a look at 18th and 19th century wills which are now accessible electronically. These relationships have existed and mattered for centuries. It seems we have always wanted to connect emotionally with the people we sit across a desk from every day.

Wills may seem like an unusual place to look for such information. They are often thought of as dry legal documents and statements of death, when in fact they are often a celebration of life and a unique record of the people and things we value most in life, who we want to celebrate in our death.

Exploring the fascinating archive of 41 million wills reveals that some things transcend time; one being the extent to which work colleagues often become the closest and most trusted of friends.

Code breaker Alan Turing, who died of cyanide poisoning in 1954 aged just 41, shared his possessions equally among his mother and two colleagues from the University of Cambridge.

>See also: Should you plan a final social media post before you die?

Charles Darwin, who died in 1882, stated in his will, “I give and bequeath to each of my friends, Sir Joseph Dalton Hooker and Thomas Henry Huxley Esquire, the legacy or sum of one thousand pounds sterling free of legacy duty as a slight memorial of my life-long affection and respect for them.” Both were close colleagues.

The economist John Keynes, who died in 1946, named his Cambridge University colleague and friend Richard Kahn as an Executor and Trustee in his will, asking him to care for and protect his professional and personal legacy.

These wills reveal that colleagues don’t become part of our lives because we are too busy, tired and stressed to meet anyone else – they become our friends through choice. Days spent together in the same space, with shared goals, values, achievements and disappointments forge friendships – ones often strong enough to last beyond death.

We could worry that close friendships at work could impair judgement and objectivity or cause emotional tension. But with evidence that work friendships boost happiness, productivity, engagement, job satisfaction and employee retention, perhaps we should trust the evidence of history and embrace these positives with a culture that allows friendship to flourish.