The most disruptive enterprise technology trends of 2018 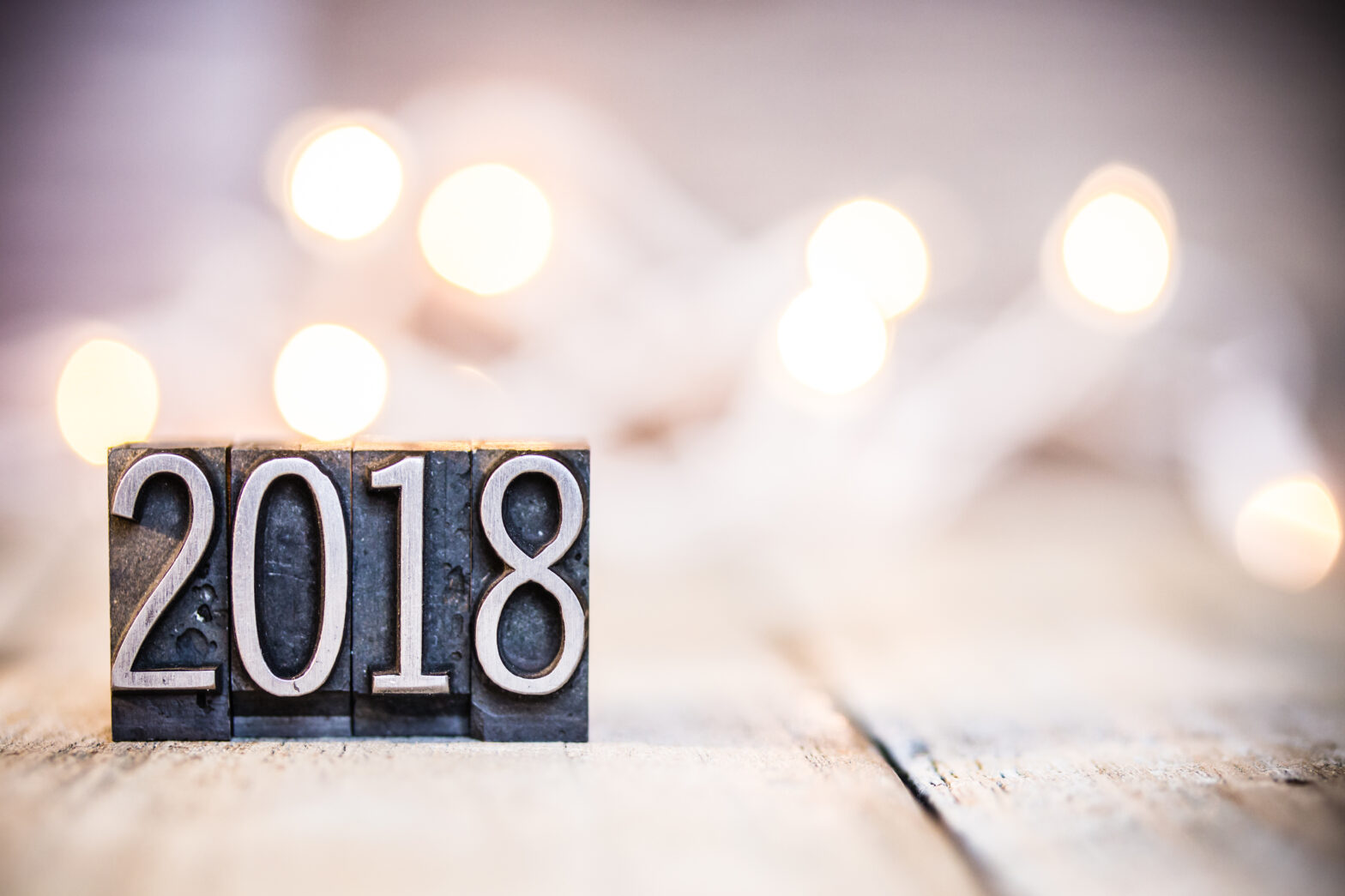 In a number of companies, digital management and strategy is now more important than information management, with some CIOs even reporting to the CDO.

The new concerns of digital transformation, such as a brand focus and coordinating relationships, rather than operations, are often very alien for some verticals.

‘Manufacturing and logistics are two strong examples,’ says Phil Lewis, EMEA VP for solution consulting at Infor. ‘These types of businesses are realising that they need more than just technology.’

A complete framework – from the establishment of strategy to the design, assembly and running of the digitally enabled offerings – is required in 2017.

‘That is a huge shift in mindset,’ says Lewis, ‘but one that is very close indeed.’

2. The Internet of Things

The Internet of Things (IoT) will finally come into its own in 2018. Organisations will move from exploring ideas around what it means for them in theory to rolling out sensors across key opportunity areas to gather data from what were previously ‘dark’ assets.

The ‘things’ will generate copious amounts of data that will provide organisations with a plethora of new insights, from physical asset utilisation and optimisation to proactive maintenance.

Organisations that take IoT seriously will see customers, data and subsequent opportunities in completely new ways, and having more and more data sources available ensures all decisions are backed by fact.

‘It’s Metcalfe’s Law,’ says Richard Alexander, CTO at Logicalis UK. ‘The value of the network is proportional to the square of the number of users. Data is the network, and each thing is another user.’

However, really exploiting the IoT opportunity, especially at scale, will take proper planning and investment. Organisations will need a strategy to address IoT, identifying quick wins that further the business case for future initiatives.

‘The correct platform is key – an infrastructure for “things”,’ says Alexander. ‘The platform that forms the basis for the connectivity of the things to the network will need to be robust – it is likely to be a mix of wired and wireless.

‘And because it’s unlikely to be a separate infrastructure, it needs to have the required visibility and control to ensure data is correctly identified, classified and prioritised.’

Security too will be fundamental. Today the things are built for user convenience, with security a secondary concern. Consequently, IoT represents a massively increased attack surface that is particularly vulnerable to unsophisticated attack.

2017 will bring an autonomic approach to cloud computing whereby workloads and resources are intelligently and automatically allocated.

‘We heard a lot of discussion about hybrid cloud in 2016,’ says Turbonomic CTO Charles Crouchman. ‘But the truth is that the majority of organisations aren’t there yet.’

A truly hybrid cloud allows workloads to be switched seamlessly between cloud environments, whether public or private, depending on the needs of the organisation.

However, most organisations have ‘multi-cloud’ environments in which, barring exceptional circumstances, workloads stay where they were first placed.

An organisation’s private and public clouds have, in most cases, come from separate vendors – each working differently, with their own management tools and interfaces. This adds extra complexity to an already potent mix of challenges.

‘To deliver hybrid cloud, today’s multi-cloud environments need to be treated as an economy in their own right,’ says Crouchman, ‘with resources bought and traded depending on real-time needs, while obeying budgetary rules.’

The digital age is forcing enterprises to be more innovative and agile if they want to stay ahead. At the same time, legacy networks have become increasingly complex and operationally difficult to manage as demand for capacity has soared.

This challenge will only become more difficult over time as technology such as IoT becomes more mainstream. IDC predicts that connectivity levels will rise by 50% this year alone.

‘This shift will become far more dramatic in 2017,’ says Tony Judd, MD, UK&I and Nordics at Verizon, ‘as businesses transition from building and managing their own network infrastructure, to a new model of consuming the network as a service through a technology partner.’

In much the same way that businesses have moved towards virtualised data centres and cloud services, more businesses will adopt virtualised network services in 2017 as they seek to capitalise on the capabilities provided by the full range of best-of-breed network technologies.

‘This transition will see the way in which network services are delivered going through an unprecedented shift,’ says Judd. ‘The biggest we’ve seen since the broad adoption of MPLS.’

Cyber attacks are becoming more frequent and costly, and it seems that no organisation size, type or industry is immune.

The latest UK government Cyber Security Breaches Survey found that more than two-thirds of British businesses have experienced a cyber security breach or attack in the past year alone.

Being breached is no longer a matter of ‘if’, but ‘when’. In order to prepare for the inevitability of a breach, organisations must understand where important data is stored, and regularly monitor the data to make sure it is safe.

2018 ‘will be the year of protecting the crown jewels of enterprise data,’ says Stuart Clarke, CTO, cyber security at Nuix. ‘Up until recently, companies were forced to cobble together several overlapping tools that were never intended to work with each other, creating a sort of security Frankenstein, hoping that the connections between their various tools would work with minimal difficulties.’

The next 12 months will see a change in the way security technology helps organisations defend against and detect potential attacks.

The security infrastructure and ecosystem has become so complex that security teams are spending a lot of their time just maintaining security products, rather than focusing on actually securing the business.

Automating security actions will become a key weapon in the fight against threats.

‘The increased use of context and machine learning will help automate security operations,’ says Matt Davies, senior director at Splunk. ‘For example, automatically disabling a user account if it is performing certain actions, as well as highlighting the incidents that security professionals and SOC teams really need to focus on from the noise of everyday alerts.’

Machine learning will be a key driver of value for businesses that are able to truly embed it in their daily operations, particularly in the area of security.

There have already been impressive advancements in resource efficiency, as talented researchers have more time to tackle the most complex threats, rather than spend time on mundane tasks.

By enabling them to spend most of their time on challenging and interesting work, companies can attract the best researchers – a critical point given the shortage of skilled researchers and the costs associated with hiring them.

‘Machine learning will no doubt continue to grow in importance in many different fields, as companies start to adopt and really understand how to integrate it into their operations,’ says Hal Lonas, CTO at Webroot. ‘The explosion of data, and the associated boom in analytics used for everything from marketing to epidemiology, will surely find ways to deploy machine learning technologies.’

Machine learning is paving the way for ever more sophisticated security analysis, with a wealth of data now being gathered over time to hone and refine results.

Consequently, 2018 will see a wider adoption of tools that enable the organisation to conduct anomaly analysis.

This will see behavioural analytics applied to network activity to decrease the number of false positives and allow suspicious activity to be more accurately flagged.

‘Such an approach is going to bring real benefits in helping organisations detect the early steps in the cyber killchain, so that initial probing and reconnaissance behaviours will be easier to spot,’ says James Parry, technical director at Auriga. ‘Earlier detection makes earlier response possible, preventing these attacks from moving from the initial attack stages to a full-blown realisation of the threat.’

Until now, computers have been programmed by humans to perform pretty specific tasks. Cognitive systems will now ‘learn’ what to do not only from human interaction, but from the data they generate themselves, and data from other machines.

This extends to being able to predict outcomes based on current information and the consequences of actions. And because it’s a computer, humans can use a far greater base of information from which to draw insight.

‘We humans are really bad at remembering a lot of information at the same time, but computers are only constrained by the amount of data they can hold in memory,’ says Logicalis UK’s Alexander. ‘Just like the IoT, we’re at somewhat of a tipping point with autonomous technologies. If you consider the sheer number of devices or “things” that will be connected to the internet, it will become a necessity for devices to operate autonomously and with cognition.’

>See also: 2017 predictions: will the VR bubble burst and machines converge with humans?

In early 2016, the collaboration marketplace became increasingly overcrowded and, despite an irreversible shift to the cloud, the enterprise stack still trailed behind consumer adoption. The market is now going beyond tipping point.

Organisations are now developing serious cloud strategies for enterprise collaboration. With this in mind, in 2018 a new concept will need to be considered.

The networked enterprise defines how organisations start to connect and integrate their cloud collaboration investments and strategies together in a way that drives not only productivity gains but better insight and, ultimately, automation.

It will see cloud being used to its full potential, disrupting more traditional and clunky collaboration methods, and helping to transform business models and operations.

‘As an industry, we’ve worked through the art of simple email exchanges, internal networking and file syncing,’ says Rasmus Holst, COO at Huddle. ‘Collaboration within the networked enterprise will instead be about harnessing the ecosystem – connecting not only content, but people and applications in a predictive way. This will give people back the time to focus on the more important things.’